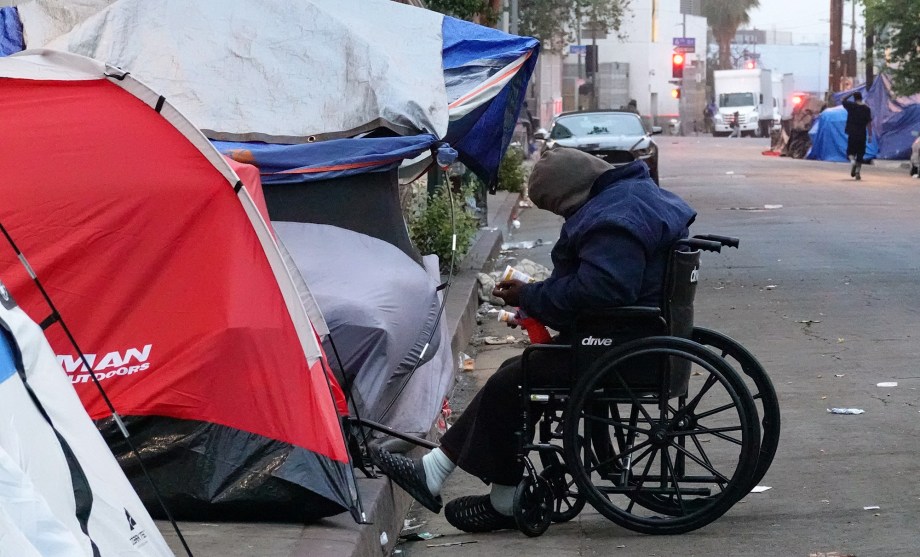 A couple of years ago LA passed a big bond measure to address its homelessness problem. The money is mostly earmarked for permanent shelter, which is, needless to say, expensive and time-consuming to build. I’ve long thought that this makes little sense, but I’m no expert—as people are fond of reminding me whenever I write something about homelessness—so I’ve just kept quiet.

Today, however, the LA Times features a pair of op-eds suggesting that Los Angeles should ditch its permanent shelter model and follow the New York model instead, which focuses on getting people indoors and then working from there. Here is New York’s Dr. Marc Siegel:

Whereas L.A. has focused (unsuccessfully) on trying to create long-term affordable housing, New York City has focused on creating temporary shelters. As a result, today only about 5% of New York City’s homeless population is without shelter. In Los Angeles, 75% of the homeless population is without shelter. Our homeless numbers are not that different from yours in Los Angeles, but in New York, few people are living on the street.

….As a physician, I witnessed firsthand a huge shift when New York began its emphasis on providing shelter for all. Mental illness, drug addiction and contagious diseases like hepatitis A, B and C were still a problem, but they weren’t nearly as severe as when so much of the homeless population was “bedless,” living in cardboard boxes or in the subway. It is simply impossible to provide good treatment to a patient with mental or physical illness living in that way.

In Los Angeles, local government officials are dispatching more garbage trucks and portable toilets and showers to skid row, but that’s just a Band-Aid. As long as there are thousands of people living on single city blocks, there will be problems with garbage disposal and human waste, which means rats will abound. And rats carry fleas, and fleas are carriers of typhus bacteria, which causes fever, muscle aches, and severe headaches, among other symptoms.

Darrel Steinberg, a longtime mental care advocate in the California legislature, who is now mayor of Sacramento, agrees:

I still believe strongly in the concept of housing first, but I’ve also come to see that focusing primarily on permanent housing is insufficient. We simply don’t have the housing stock necessary to address our current crisis, and building it will take too long and cost too much. We need an infusion of short-term shelter and housing options to serve as a bridge for those currently living on our streets.

….In 2019, New York City will spend about $1.6 billion to shelter 75,000 people. Our unsheltered population numbers about 90,000. I believe the cost of getting them indoors would be a bargain considering what California spends on public safety and cleanup without actually getting people off the streets. I think Californians would overwhelmingly agree.

As Siegel says, we should focus primarily on getting the homeless indoors any way we can. Different people are willing to tolerate different rules and different levels of supervision, and we should accept this if that’s what it takes to get them to take the first step off the streets. And if, for some people, that’s the only step they’re ever willing to take? We have to accept that too. If we can keep them relatively clean, safe, and accessible to medical care, that’s a big win all by itself.