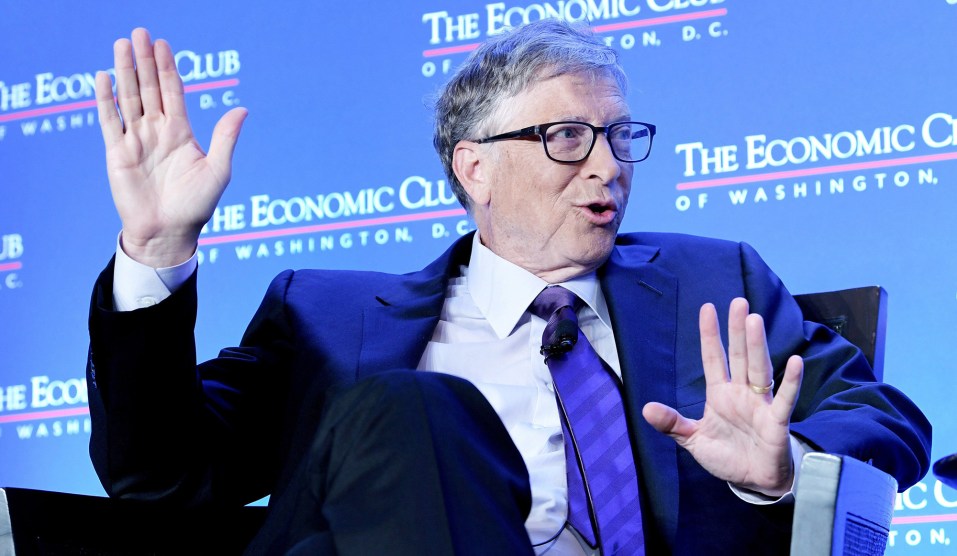 There’s a long answer to that. I would like to help educate people on what a plan really means. A plan involves looking at all the sources, electricity, transport, industry, buildings, and land use/agriculture and really saying, “Okay, what are the possible paths that get you to these dramatic reductions, and therefore what are the missing inventions?”

Fortunately, there’s not any one path. If you don’t have nuclear and if you don’t have a storage miracle, it’s very, very hard, because basically what you have to do is have electricity be used for many, many, many things like all building heating and cooling that today, you use natural gas or coal for it directly….I have not seen anything that’s worthy of the word plan because a plan has to involve not just the U.S. doing something.

You have to convince middle-income countries. I think of India as paradigmatic, because it’s big enough to count and it’s poor enough. They deserve to have air conditioning. I mean, they’re getting very high wet-bulb temperatures. Jesus Christ, by 2070, there could be just a massive number of people dropping dead in the streets.

So a plan that really addresses the global issue has to bring what I call the green premium for all of these various goods and services down dramatically, like over 90 percent.

The international picture there is so important because each individual nation, with the possible exception of the U.S. and China, is contributing only so little….How do you define success in the climate story?

It’d be great if we could stop at two degrees. Unless there are huge surprises on scientific advances, I just don’t see it happening, but who would have said that [about] radio waves or wireless or chips with a billion transistors? We know Václav [Smil] is not optimistic. Yet to really get people engaged, you have to say, “Hey, we can really achieve this thing.” The fact that the R&D budgets weren’t even being discussed …

I mean, not to be egocentric, but that was put on to the Paris climate agenda because I went to France and said, “Hey, here’s something you get to do that’s going to be different.” Then it turned out that was the way of getting Modi to actually come to the thing, which was fantastic.

Assuming that Gates is telling this story straight, R&D wasn’t even mentioned in the Paris agreement until he pointed it out. That was only three years ago. How is it possible that thousands of climate experts from hundreds of countries could meet in 2016 and not even spend a few minutes talking about R&D? It’s as if the Manhattan Project engineers spent all their time constructing a bomb but forgot that they needed to enrich some uranium too.

This has changed over the past few years, and R&D routinely gets at least lip service these days. That’s a start—but only a start considering that massive R&D commitments are the key to any non-laughable plan to keep global temps below 2°C. More on this later.¹