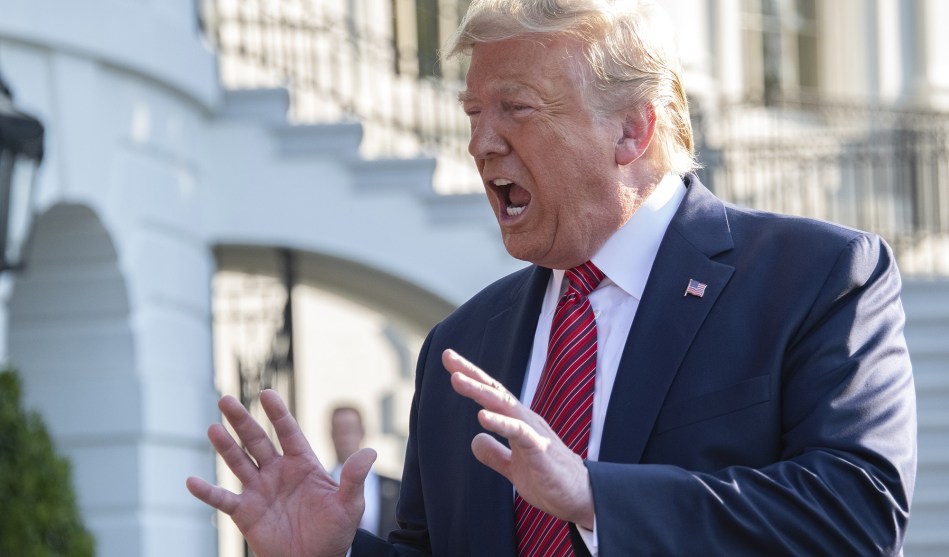 We are entering the inevitable end stage of Ukrainegate:

I had an, um, spirited discussion about political matters with a friend this morning, and among other things he disagreed with my considered assessment that Ukrainegate, if true, represented “Nixonian levels of corruption.” In fact, he saw nothing wrong with it at all. It was just ordinary politics and he figured that presidents ask foreign leaders for favors like this all the time. Oh, and why did Joe Biden want to get rid of that prosecutor, anyway?

What’s more, he said, this wasn’t nearly as bad as all the stuff Hillary did. Nor was it as bad as Obama promising “more flexibility” to the Russians on a hot mic. It was just more Democratic witch huntery, like Mueller all over again, who proved that Trump was innocent of obstruction of justice because you can only obstruct criminal investigations, not counterintelligence inquiries.

I wasn’t even really mad about all this. Just depressed. This is what a big chunk of ordinary conservativedom thinks, and nothing is going to change it.

It’s pretty clear at this point that Trump realizes the truth of what happened is likely to come out. So he’s doing what he usually does: preemptively declaring that there’s nothing wrong with it and getting the entire conservative machine to publicly agree with him. I don’t know if it will work, but if Trump did what we all think he did, then he has to be impeached. It doesn’t matter if it’s politically helpful or not. It doesn’t matter if the Senate is likely to convict. It has to be done, and Republicans have to be put on the record as either approving or disapproving of his conduct.