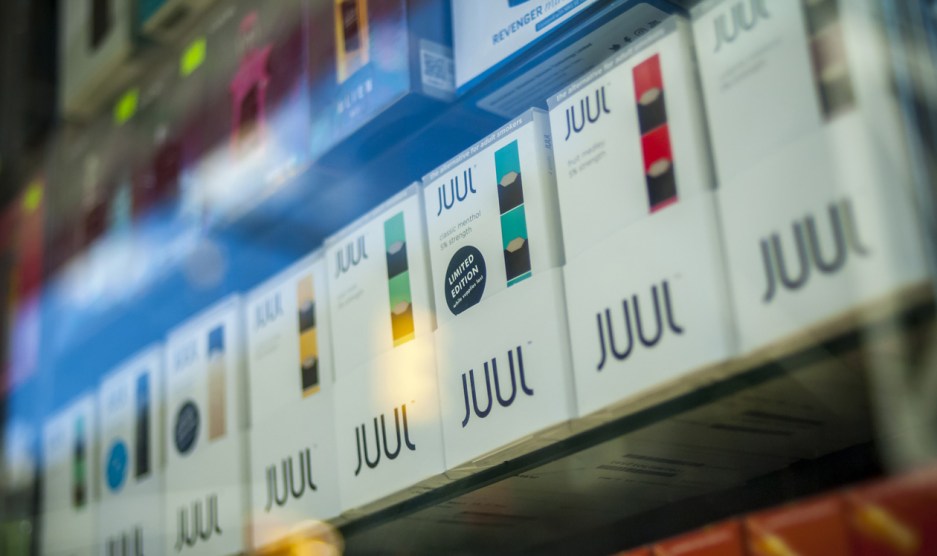 Emily Baumgaertner of the LA Times takes us down memory lane in the cigarette biz:

In February 1973, a researcher at Reynolds saw a conundrum: While cigarettes had wide appeal to adults, they would never become “the ‘in’ products” among youths. For a teenager, the physical effects of smoking were “actually quite unpleasant,” Claude E. Teague Jr., who is now deceased, wrote in a confidential internal memo.

….One of the company’s top researchers, Frank G. Colby, pitched a design late in 1973 that would secure “a larger segment of the youth market” by packing “more ‘enjoyment’ or ‘kicks’ (nicotine)” and softening the chemical’s harsh effect on the throats of young smokers.

By boosting nicotine, the addictive chemical, the company could generate faster and more intense addictions among the youngest clients, securing decades of business. But a key challenge was to make nicotine palatable: Combine the high-pH nicotine with a low-pH acid. The result was a neutralized compound called a salt — nicotine salt.

So clever! Guess who benefited from this research 40 years later?

Juul’s salts contain up to three times the amount of nicotine found in previous e-cigarettes. They use softening chemicals to allow people to take deeper drags without vomiting or burning their throats. And they were developed based on research conducted by the tobacco companies Juul claimed to be leaving behind.

….Taken together, the evidence depicts a Silicon Valley start-up that purported to “deconstruct” Big Tobacco even as it emulated it, harvesting the industry’s technical savvy to launch a 21st century nicotine arms race.

So Juul used research specifically designed to make smoking palatable to teenagers, and then produced a product with lots of fruity flavors. And during their first year of operation, they explicitly marketed their product to teenagers. So what does Juul have to say about that?

“We never designed our product to appeal to youth and do not want any non-nicotine users to try our products,” a spokesperson for Juul said in a statement to The Times. “We are working to urgently address underage use of vapor products, including Juul products, and earn the trust of regulators, policymakers, and other stakeholders.”

Raise your hand if you believe a single word of that. These people deserve to be given forced lobotomies and then set free on the streets of San Francisco with big tattoos on their foreheads.