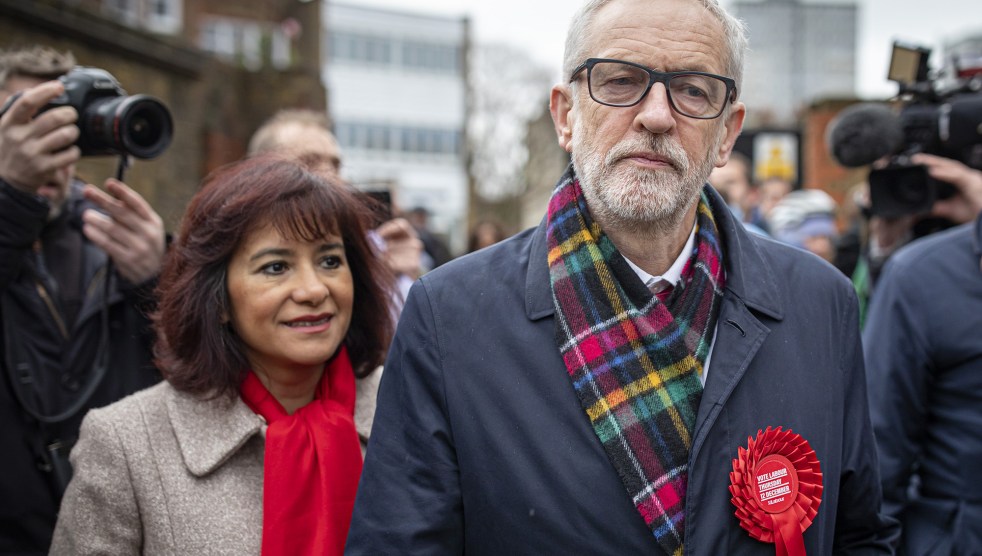 British exit polls are virtually never wrong by more than a dozen seats or so, which means it’s almost certain that Labour suffered a crushing defeat today. Naturally, since everything is about us us us, the question is: what does this mean for us?

In particular, what does it mean that Jeremy Corbyn led Labour to its biggest defeat in decades? For those of you who haven’t been following closely, Corbyn is no neoliberal shill. He is an unabashed lefty socialist who campaigned on an unabashed lefty socialist platform. No triangulating or “Tory lite” for him. He was out to prove that Labour could win by promising the voters a soaring lefty agenda filled with taxing the rich, taking back control of privatized industries, free college, huge infrastructure spending, more money for health care, and so forth.

The result was a mind-boggling defeat. So what does this tell us about American presidential candidates like Elizabeth Warren and Bernie Sanders? You’ll probably be hearing a lot of things like this over the next few days:

From people who like Bernie and Liz: Britain is different. In particular, this election was mainly a referendum on Brexit, which overwhelmed every other topic. Corbyn was hurt more than anything else by being wishy washy on Brexit, and there’s just no American counterpart to this. What’s more, Corbyn was also hurt by Labour centrists slagging him and by smears that he was anti-Semitic. You just can’t draw any lessons for American Democrats from a British election that was so different from ours in so many ways.

From people who prefer centrist candidates: Brexit was roughly a 50-50 proposition among the British electorate, but Corbyn got less than a third of the vote. It’s pretty obvious that the vote against him was about far more than Brexit. And don’t kid yourself by listening to special pleading about smears and chaos on the left. That’s the normal stuff of elections, and American candidates will have to deal with the same thing. Corbyn lost because he was a hard left candidate, and the same thing will happen if Democrats nominate one of their own.

There’s some truth to both of these, but I suspect there’s more truth to the second one. The American and British electorates have voted quite similarly for the past several decades, putting in office Reagan-Clinton-Bush-Obama-Trump as against Thatcher-Blair-Cameron-Johnson. Given the similarities between BoJo and Trump, as well as the obvious salience of immigration politics in both countries, I’d be reluctant to blow off the British results as nothing much to worry about.