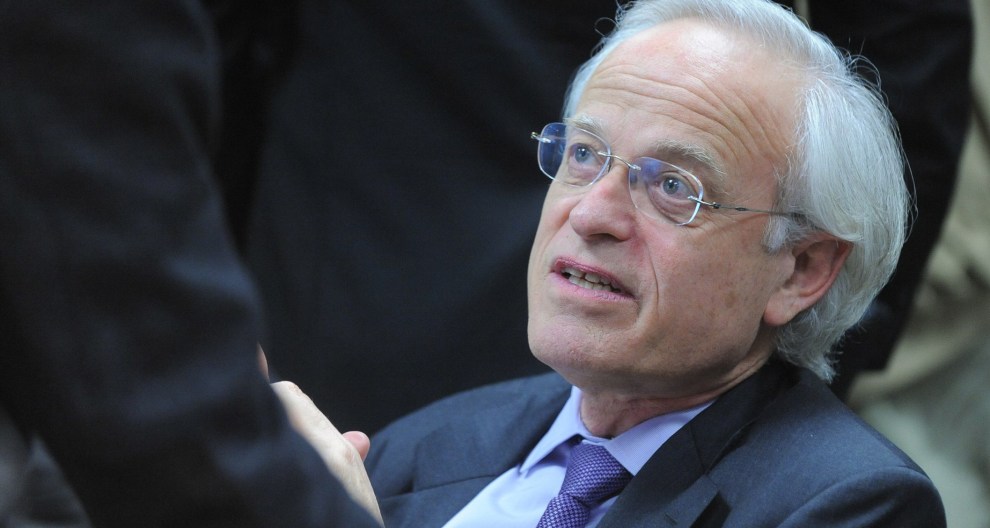 There’s a type of political opinion that I call a barstool view of the world. It’s the kind of thing some guy (always a guy) announces after a beer or six, and it’s always the product of massive ignorance. For example: “Screw the Middle East. We should just get the hell out and let them fight things out for themselves.”

As you might guess, I try to avoid opinions like that. And yet, my current opinion about the Middle East is, approximately, that we should get the hell out and let them wage their own wars. If we need to intervene to protect ourselves, as in the Afghanistan war, fine. We should intervene and then get out. But that’s it.

Naturally I realize that this is just a barstool opinion, and real life calls for a much more nuanced view. But does it? Martin Indyk has been deeply involved in the Middle East for decades, serving roles under both Presidents Clinton and Obama, and apparently he too thinks we should just get the hell out:

The Middle East Isn’t Worth It Anymore

Previously, presidents of both parties shared a broad understanding of U.S. interests in the region, including a consensus that those interests were vital to the country—worth putting American lives and resources on the line to forge peace and, when necessary, wage war.

Today, however, with U.S. troops still in harm’s way in Iraq and Afghanistan and tensions high over Iran, Americans remain war-weary. Yet we seem incapable of mustering a consensus or pursuing a consistent policy in the Middle East. And there’s a good reason for that, one that’s been hard for many in the American foreign-policy establishment, including me, to accept: Few vital interests of the U.S. continue to be at stake in the Middle East. The challenge now, both politically and diplomatically, is to draw the necessary conclusions from that stark fact.

….In the past, the U.S. has had two clear priorities in the Middle East: to keep Gulf oil flowing at reasonable prices and to ensure Israel’s survival. But the U.S. economy no longer relies on imported petroleum….As for Israel, it is still very much in America’s national interest to support the security of the Jewish state, but its survival is no longer in question.

….We cannot afford to turn our backs on the Middle East….Yet after the sacrifice of so many American lives, the waste of so much energy and money in quixotic efforts that ended up doing more harm than good, it is time for the U.S. to find a way to escape the costly, demoralizing cycle of crusades and retreats. We need a sustainable Middle East strategy based on a more realistic assessment of our interests. It is time to eschew never-ending wars and grandiose objectives—like pushing Iran out of Syria, overthrowing Iran’s ayatollahs or resolving the Israeli-Palestinian conflict—in favor of more limited goals that can be achieved with more modest means.

Granted, this is a nuanced version of “get the hell out,” but only slightly. Indyk thinks we should continue to be diplomatically involved in the Middle East, and also that there are occasionally American interests strong enough to require military action. But they are few and far between. There is hardly anything left in the Middle East that’s worth going to war for.

Also of interest: Indyk doesn’t quite come right out and say this, but he nods toward the idea that leaving Mideast oil supplies less certain might be a good thing. America itself doesn’t need Mideast oil anymore, and if other countries have to choose between protecting Gulf sea lanes and reducing their dependence on fossil fuels, maybe that will nudge them toward reducing their dependence on fossil fuels. The whole world would benefit from that.