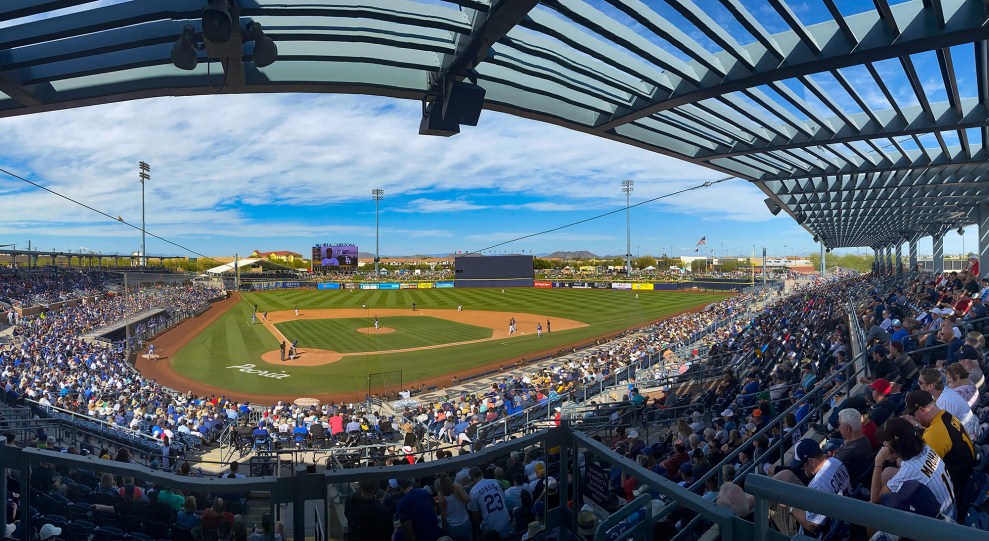 Major League Baseball is pondering the possibility of moving games in cities affected by the coronavirus outbreak:

This could take on several forms, these people said. Teams could play at other MLB stadiums in cities less affected by the crisis, when its primary tenant is on the road. They could stay at their spring training facilities in Arizona or Florida and stage regular-season contests there, since those places are experienced at hosting major-league games. Baseball has even received outreach from outside parties with facilities large enough to host MLB teams if they can’t play at home.

Nothing has been decided, these people said, but all of the options are being considered as viable possibilities. Ultimately, baseball realizes it might have no choice in the matter, as local governments begin to assert their authority. MLB hopes to treat each team’s situation individually and make determinations about how to proceed on a case-by-case basis, the people familiar with the matter said.

IANAEpidemiologist, but isn’t this kind of crazy? Shouldn’t this be a federal decision, not a local one? Seattle and New Rochelle may be outbreak centers right now, but does anyone believe that’s likely to stay the case for long? Once we start testing widely and the disease has spread a little more, it’s going to be nationwide. At that point, isn’t it the CDC that has the greatest knowledge? Why put this on the backs of local health authorities who are limited in what they know and under intense pressure not to ruin local businesses?

Right now, nobody knows what to do because we’re hearing a dozen different messages from a dozen different sources: Mike Pence, Anthony Fauci, local health authorities, state health authorities, cable news, Trump’s tweets, doctors who have just returned from Italy, and so forth. It’s time for this to stop. I know that Donald Trump doesn’t want to risk his reelection by doing anything unpopular, but it’s time for the federal government to show some leadership anyway. We shouldn’t leave it up to MLB to decide if they want to play games in front of the usual crowds. We should tell them whether it’s safe to play in front of the usual crowds.