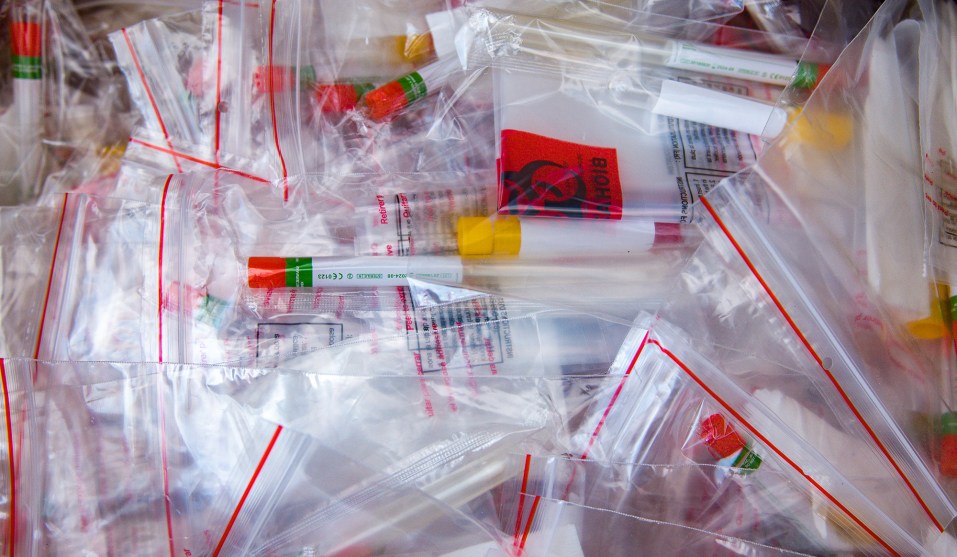 I complained yesterday about how opaque Deborah Birx was in her discussion of coronavirus testing, and I got some pushback that maybe I didn’t understand all the different kinds of tests she was talking about. Maybe! But here’s the transcript of what Birx said after Chuck Todd played a tape of Bill Gates criticizing our lack of testing capacity. Can you figure it out? My comments are in italics.

So this is not like a flu test or a strep test. So when we talked to the commercial companies almost seven weeks ago, eight weeks ago, we asked every single corporation and every single diagnostic company that had nucleic acid testing capacity on their platforms, which is primarily HIV and HPV, and make tests for those platforms. And in less than two to three weeks, every single one of these platforms are up and running. Etc.

So . . . all these companies are now making NAT testing available for COVID-19?

TODD: Look, the debate about testing, and I know the president gets defensive and claims that testing has been a success story. It does feel as if there is a hesitance to use the Defense Production Act in order, whether it is swabs, whether it is getting these reagents, whether it is forcing these labs to process things faster, guaranteeing some funding for it. Why the hesitance inside that task force?

BIRX: I think all of those pieces are discussed with — inside the task force. From generation of swabs, to generation of tubes and the media. I think what people do not see behind the scenes is how FDA have worked with corporations to really change the number of swabs that can be utilized. If you remember, we — just four weeks ago, we were recommending these nasopharyngeal swabs and we have moved to multiple different swabs, multiple different extraction media. The intent is to continue to scale, with the support of states and working with states, to continue to scale testing. But at the same time, we have to realize that we have to have a breakthrough innovation in testing. We have to be able to detect antigens, rather than constantly trying to detect the actual live virus or the viral particles itself. And to really move into antigen testing. And I know corporations and diagnostics are working on that now. We have to have a breakthrough. This RNA testing will carry us certainly through the spring and summer. But we need to have a huge technology breakthrough. And we are working on that at the same time.

RNA testing? Is this the current generation of PCR testing that she’s talking about? Or is she referring to NAT testing? Or what? And why does she seem to suggest that antigen testing is a replacement for PCR testing? I mean, it could be, but its main purpose is to identify anyone who’s ever had the virus. PCR testing is designed to find out if someone has the virus right now. Birx also says that we’re going to keep scaling up the current testing, but we really need a breakthrough innovation.

TODD: So essentially what you’re saying is we don’t have — you don’t think we have the capacity to ramp up the testing you would like because we need this — we basically need a breakthrough for easier testing?

BIRX: No, I think we have other technology that we think can come online within the next two to three weeks. That will be a breakthrough in the RNA type testing. But I think also just for ease of use, finding out how we can do antigen type testing like they do with flu. It can be used as a screening test. And then you could do the actual RNA testing for a confirmatory test. Just allows you to screen large numbers of individuals quickly.

I get that sometimes on live TV you’re not always as clear as you’d like to be. But come on. This stuff isn’t that complicated. Are we ramping up the current generation of PCR testing? Or do we think that’s impossible and we’re waiting for antigen testing to become available? If that’s the case, why is it impossible to ramp up PCR testing? Or is it possible but not in the timeframe we need it? And what are we going to use the $25 billion in test funding for?

Is there someone who can provide us with a simple, one-page fact sheet spelling out our current testing plans? If not, why not? This stuff shouldn’t be done behind closed doors.