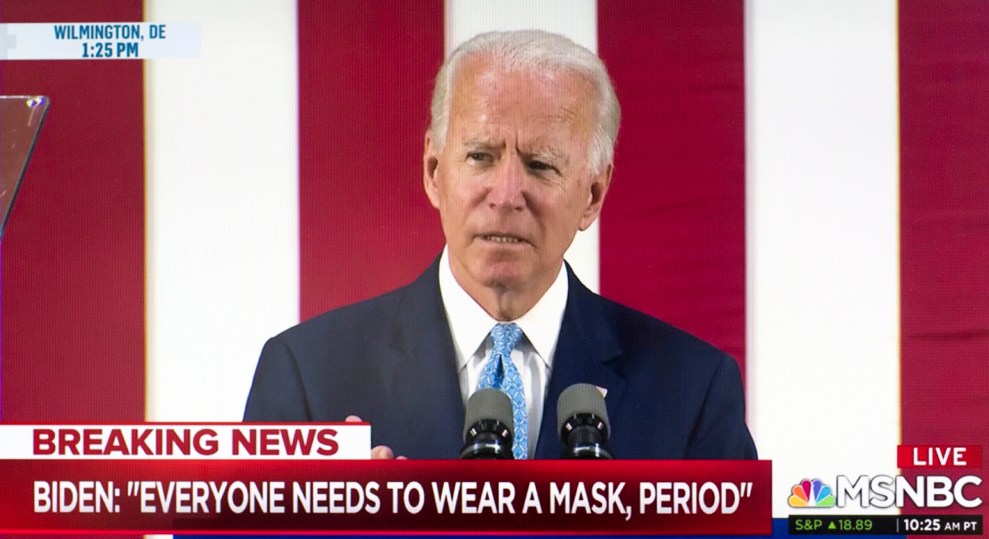 According to Wikipedia, Judd Gregg is a “moderate Republican.” He served a couple of terms as governor of New Hampshire and three terms in the Senate. President Obama thought well enough of him to nominate Gregg to be his Secretary of Commerce.

Fast forward to 2020 and here is what Gregg is writing now about the upcoming election:

This is about power. All major elections are.

The socialist/progressives understand this as well as any political movement does. But the difference is that the socialist/progressive movers who now control the board in the game of Democratic Party politics have no ethical tether….They can proclaim sections of cities independent nations. They can proclaim America’s most important past political leaders evil. They can promote lawlessness in the name of the rightness of their cause.

….They will not tolerate for long not being in total control. They will have their vice president, but not their president. And they are a very impatient people and movement. Since their goal is power and their purpose pure, why should they wait? The path to total control is clearly there once they have the vice presidency. It is the 25th Amendment.

Within a few months of assuming the presidency, Biden may find himself being the next statue toppled as the socialist/progressive movement moves closer to power. Replacing him with his vice president could be deemed necessary to the cause. His colleagues could declare him too old to handle the presidency and remove him under the 25th Amendment.

Et tu, Brute? The Cause will have been completed. Power will be fully in the hands of the statue-removers, the social justice police and those who see America’s political history as basically evil. Socialist/progressive excess will govern.

The most obvious take on the nomination of Joe Biden is that mainstream Democrats won and progressives—even the Bernie fans, let alone the extreme lefties—lost. But Gregg plays 11-dimensional chess. Despite the fact that the socialist wing of the party has demonstrated precisely zero influence over much of anything, he alone understands that they have both the will and the power to force Biden out of office once he’s elected president. That will then pave the way for his vice president to take over. “That individual could be Sen. Elizabeth Warren (D-Mass.) or Sen. Kamala Harris (D-Calif.) or any number of lesser-known advocates for the far left.”

The far left! Kamala Harris is a former prosecutor and Elizabeth Warren is a US senator who calls herself a capitalist. No real socialist would see a dime’s worth of difference between them and Biden.

But then again, here is Roger Clegg writing at National Review:

It’s hard to take the long, speculative, and serene view on what’s often prescribed for the health of the Republican Party — namely a period without Trump even if it means a period out of power — if you reasonably believe the country is just one Democratic administration away from serious ruin.

This is a surprisingly common view in many precincts of the right. I wonder what they think Joe Biden might do? Raise their taxes a bit? Expand Obamacare somewhat? Get tougher on Russia? Actually do something to fight COVID-19? Do they really believe that Joe Biden, a mainstream Democrat if ever there was one, will be the ruin of America? What the hell are Republicans drinking these days?