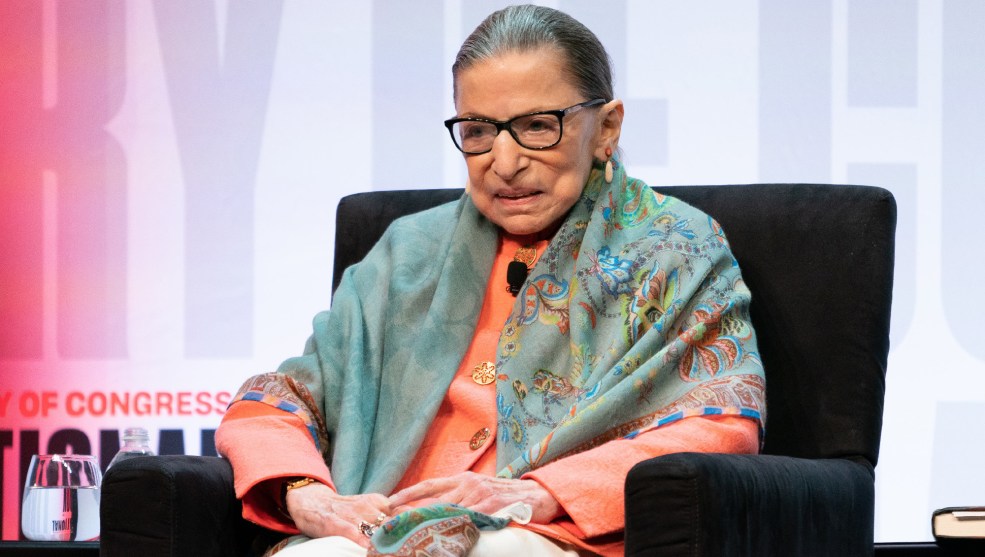 Supreme Court justice Ruth Bader Ginsburg died today, leaving the court with only three liberals. If Republicans successfully confirm a replacement, the court will have a 6-3 conservative majority that will almost certainly overturn Roe v. Wade and make abortions all but impossible to get for millions of women.Jeff Malet/Newscom via ZUMA

Rarely have I been so close and yet so far away in a prediction. This was me yesterday:

Abortion May Be the Sleeper Issue of 2020

With the death of Supreme Court Justice Ruth Bader Ginsburg today, Republicans now have the opportunity to replace her with a nominee whose anti-abortion credentials are impeccable. This means that everything has changed and Roe v. Wade is no longer a sleeper. It’s now the primary issue of the 2020 election. If a new justice, as part of a 6-3 conservative majority, leads to Roe’s overturning, abortion will return to being a state issue and at least half of all states will probably ban it outright. Another dozen will likely put additional restrictions on it. Millions of women will find it all but impossible to get abortions if this happens.

(As an aside, liberals can complain all they want that Mitch McConnell would be a hypocrite for blocking a Supreme Court nomination during Barack Obama’s final year while allowing one during Donald Trump’s final year, but Mitch McConnell doesn’t care. He’s going to do it and that’s that. Still, liberals should complain anyway. Not only is it worthwhile to make McConnell look bad, but if it’s done right it’s even possible—barely—that it could persuade four Republican senators to block a nomination. The odds are long, but it’s worth a try.)

Obviously firm pro-life voters and firm pro-choice voters have already made up their minds about how to vote on abortion issues, but there are still plenty of voters in the middle and it’s genuinely unclear how to appeal to them. Consider the following:

Republicans have a very fine line to walk on abortion. They’re going to be under considerable pressure to nominate a justice who will, at a minimum, flat-out overturn Roe v. Wade. In fact, social conservatives would ideally like to see Roe overturned and onerous restrictions placed on states at the same time. The nominee, of course, will go through the usual kabuki dance of swearing that they’ve barely even heard of Roe v. Wade, let alone formed an opinion about it, but that hardly matters. What matters, since everyone knows this is a charade, is what social conservatives say. If they go overboard on their demands, it could turn off a big chunk of voters.

Democrats have the same problem in reverse. If they stick to supporting Roe, everything is probably fine. But if they start yelling about declaring war on Republicans and packing the Supreme Court if Trump’s nominee is confirmed, that could turn off a big chunk of voters too.

For liberals, then, the best strategy is likely the following:

Does it make any sense that an election that a few hours ago seemed to be about everything at once has suddenly condensed into one that will probably end up being decided by 46 days of arguments about abortion above all else? Of course not. But that’s the situation we’re in. We have to deal with it.