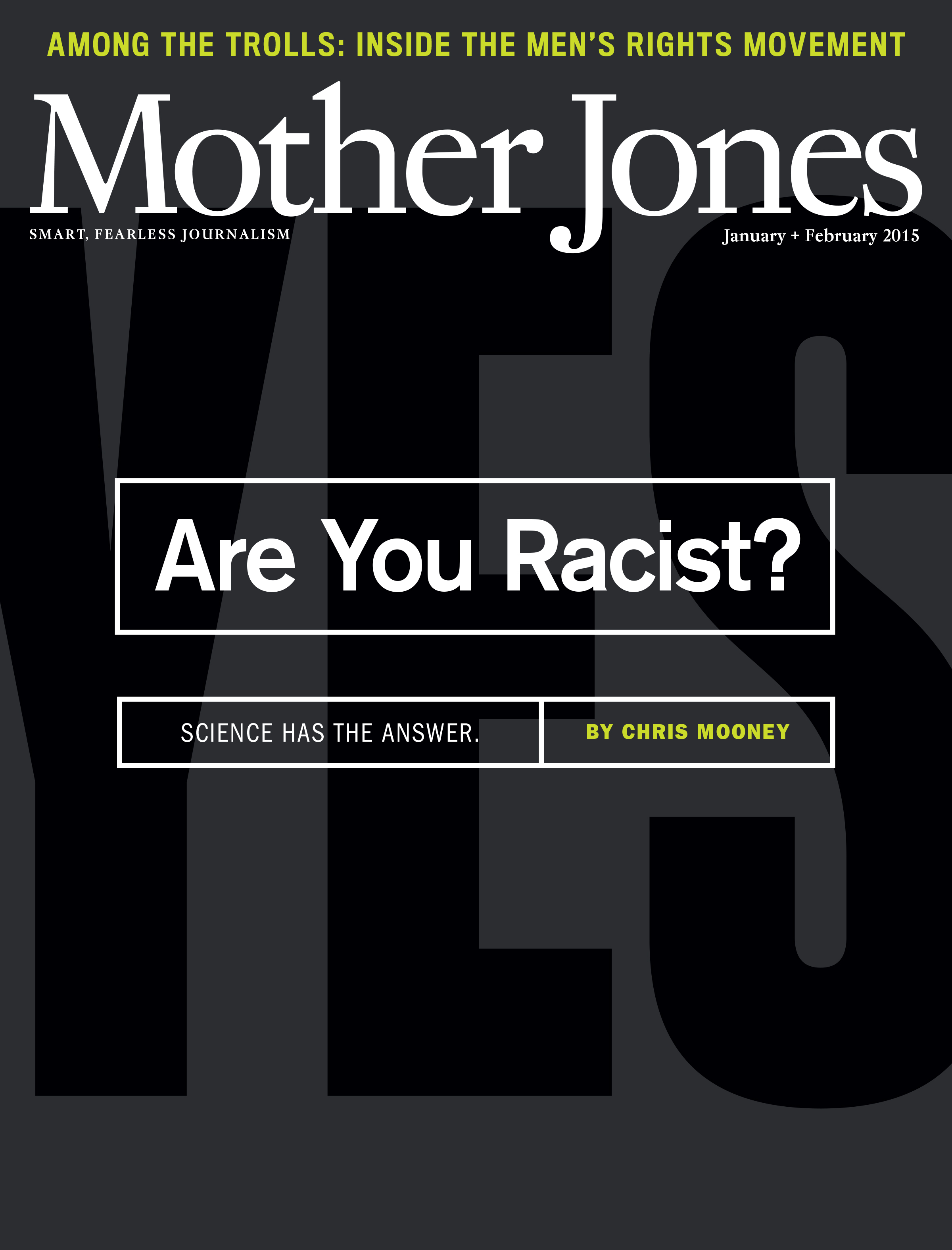 You might think the word “ganja” was coined by a Rastafarian, but 1 Prashanth Kamalakanthan learned the truth from his folks: It’s Sanskrit (“Rocky Mountain Highlights”).

Last year, Jordan Michael Smith reported on secret letters between President Warren Harding and his mistress; the subject of his story in this issue (“Dated Rape“) was photographed by 2 Leah Nash, a regular contributor to the New York Times.

While attending a men’s rights movement conference (“Mad Men”), 3 Mariah Blake was pressed into service as a proxy for all women.

Chris Mooney (“Are You Racist?“) writes about science for the Washington Post; Oliver Munday, who’s designed book jackets for authors ranging from Nabokov to Crichton, did both the illustration and this issue’s cover.

Dana Liebelson (“‘They Locked Me in That Little Room With Nothing'”) reports from Washington for the Huffington Post.