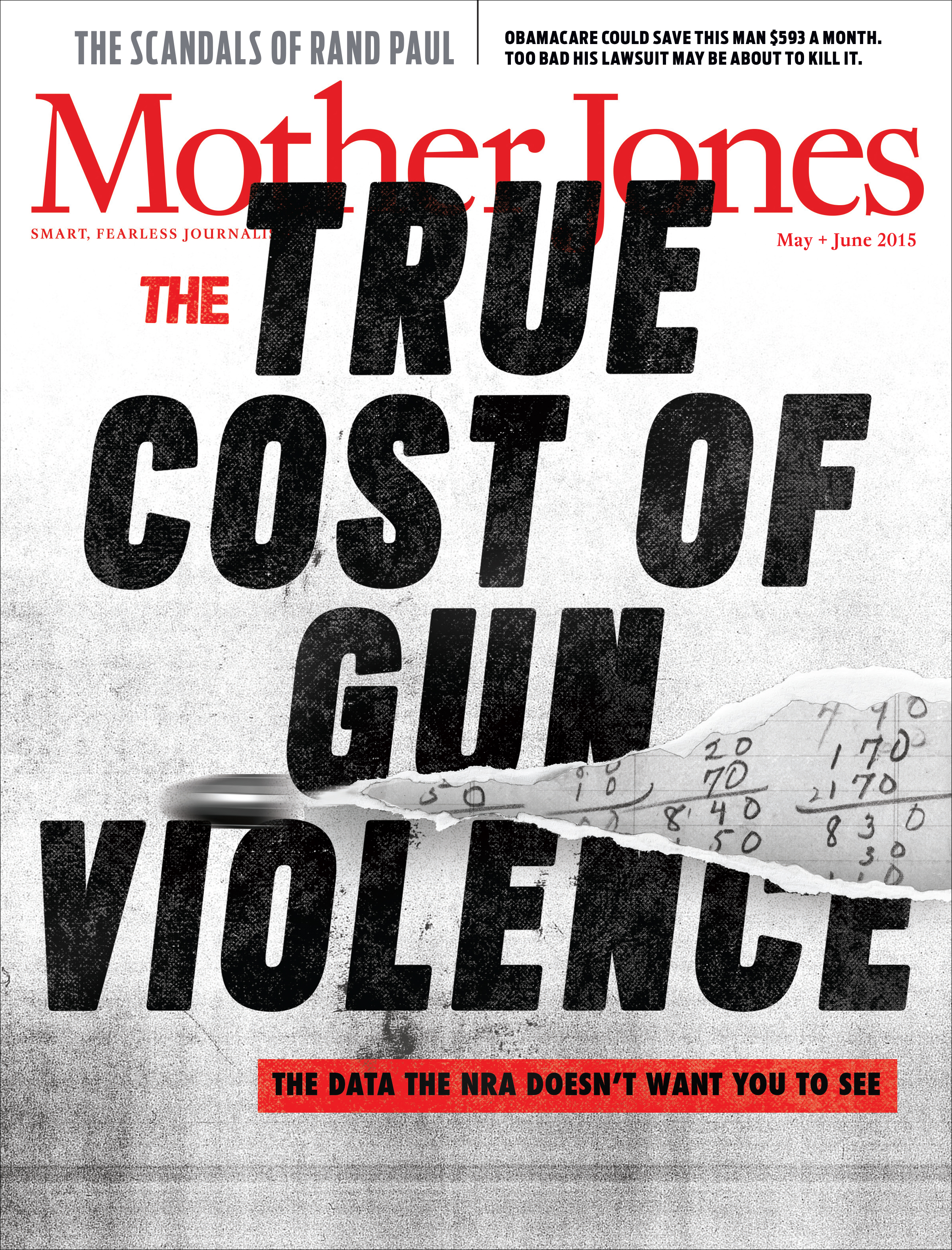 After Stephanie Mencimer first raised the question of whether the plantiffs in the Obamacare case had standing (“In Search of the Obamacare 4“), Justice Ruth Bader Ginsburg asked about it during oral arguments before the Supreme Court; the illustration is by Matt Chase, who lives in Washington, DC, and has done work for Vanity Fair, The Atlantic, and the New York Times.

Mark Follman, Julia Lurie, and Jaeah Lee (“What Does Gun Violence Really Cost?“) are part of a Mother Jones team that’s been investigating gun violence since the 2012 mass shooting in Aurora, Colorado; the package’s photographers include 1 Carlos Javier Ortiz, whose work is in the Library of Congress’ permanent collection, and Pulitzer Prize winner Preston Gannaway.

5 Maddie Oatman (“Attack of the Killer Beetles“) traveled to her native Rocky Mountains to report on an infestation that threatens to deforest the West.

6 John Hill (“Hung out to Dry“) spent a decade covering state government for California newspapers, winning a George Polk Award in 2004; the art is by Barcelona-based collage maker Max-o-matic.