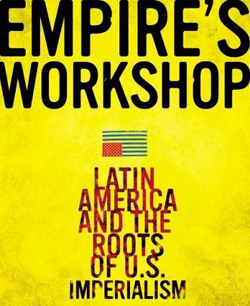 In October 2004, during his debate with John Edwards, Vice President Dick Cheney made a comparison that seemed surreal even by the standards of the present administration. He was looking for an example of past U.S. intervention that could be cited as a model for “democracy building” in Iraq and Afghanistan. Where did he turn? El Salvador.

In the Vice President’s soliloquy, the bad old days of “dirty war” in the 1980s in Central America–the death squads and “Made in U.S.A.” weapons, the raped nuns and Jesuit professors murdered on campus–were recast as a noble crusade. “A guerilla insurgency” fell, Cheney said, “terrorists” were defeated, and El Salvador today is “a lot better” because the U.S. stepped in. Of course, a few facts went unmentioned: That a U.N.-sponsored truth commission held the U.S.-backed regime responsible for massive atrocities; that the civil war stretched on for over a decade after American arms and advisors arrived; and that half of the country lives in poverty today.

Cheney’s warped use of Latin American history is not an isolated case. The region appears to hold a special place in the conservative imagination. In recent years, Weekly Standard editor William Kristol has cited Central America as “an amazing success story” for the U.S. The National Review has depicted Reagan-era policy in Central America as “a spectacularly successful fight to introduce and sustain Western political norms in the region.” And personalities from the dirty wars–John Negroponte, Elliott Abrams, Otto Reich, John Poindexter–have reappeared to take posts in the Bush administration, rejoining the effort to spread “freedom” throughout the globe.

In Empire’s Workshop: Latin America and the Roots of U.S. Imperialism, Greg Grandin, professor of Latin American History at New York University, raises such examples as signs that the ideology behind current U.S. intervention the Middle East was actually shaped much closer to home. “In their search for historical precedents for our current imperial moment,” he writes, “intellectuals invoke postwar reconstructions of Germany and Japan, ancient Rome, and nineteenth-century Britain but consistently ignore the one place the United States has projected its influence for more than two centuries.”

Grandin convincingly argues that Latin America served as a crucible in which the ingredients of current U.S. foreign policy were first blended. It’s where this country first exerted imperial power in the name of promoting democracy. It’s where today’s alliance of neoconservatives, evangelicals, and capitalists first joined forces around foreign policy. And it’s where figures like Abrams, Reich, and Negroponte first put their ideas into action. For in the Reagan-era conflicts in Central America the neocons “had near free rein to bring the full power of the United States against a much weaker enemy in order to exorcise the ghost of Vietnam,” and begin to rebuild confidence in the righteousness and effectiveness of U.S. dominance.

To explain why this history is so often overlooked by pundits, Grandin quotes a Jorge Luis Borges quip about the notable lack of camels appearing in the Koran. The absence proves that the holy text is a truly Middle Eastern work, Borges said, because only a native author, taking the animal for granted, would neglect to mention it.

Grandin relates a long list of past U.S. actions that would be labeled, in contemporary parlance, as “regime change,” “preemptive war,” or “transformative diplomacy.” These culminated in bloody interventions in Guatemala, El Salvador, and Nicaragua in the 1980s. As author of two previous works rooted in the area, 2000’s The Blood of Guatemala and 2004’s The Last Colonial Massacre, and as a contributor to the truth commission investigating the Guatemalan genocide, Grandin is well-equipped with details illustrating the White House’s ruthless prioritization of business-friendly regimes.

“Real counterinsurgency techniques,” says a U.S. colonial quoted in Empire’s Workshop, “are a step toward the primitive.” Based on the tactics condoned by the younger neocons in Central America, Grandin urges skepticism toward the lofty moralism of the Iraq invasion. “In Nicaragua,” he writes by way of example, “the U.S.-backed Contras decapitated, castrated, and otherwise mutilated civilians and foreign aid workers. Some earned a reputation for using spoons to gorge their victim’s eyes out.” Brutality in Guatemala and El Salvador was no less extreme. Clearly, the American people are not reminded our government’s role in such crimes often enough. (It would have been nice if John Edwards, for one, had called Cheney on his gross distortions.) But these histories, like the listings of U.S.-supported coups, are hardly original.

Grandin’s more distinctive contribution lies in documenting Latin America’s role as a staging ground for the rise of militaristic idealists within the Republican Party. For decades, Republicans derided the moralizing of Democratic diplomacy, with its talk of democracy, development, and human rights. Instead, they advocated the hard-nosed realism most famously associated with Henry Kissinger. Yet despite his acclaim within Nixonian circles, Kissinger found himself under attack in the late-1970s not only by liberals, but also by Ford administration colleagues like Chief of Staff Dick Cheney and Secretary of Defense Donald Rumsfeld, as well as by highly ideological “New Right” hawks like Robert Kagan and Paul Wolfowitz.

These conservatives were united in their view that a strong moral vision should guide U.S. action in the world. They believed that the use of the country’s military power should not be limited by a chastened, post-Vietnam anti-interventionism that had spread through the American public, the Congress, and much of the armed forces. Seeking to fashion a new conservative idealism, they felt vindicated by the soaring rhetoric adopted by candidate Ronald Reagan. Yet, once in office, Reagan largely maintained a Kissinger-style pragmatism with regard to the Soviet Union and China.

In this context, Grandin argues, Latin America became critical for the New Right not because of its geopolitical significance, but for its lack of it. The region afforded the administration an “opportunity to match its actions with its rhetoric.” Hard-liners could be put in charge there because “[u]nlike the Middle East, Central America had no oil or other crucial resources. Unlike Southeast Asia, the region was in America’s backyard–the USSR would not support the Sandinistas or the rebels in El Salvador or Guatemala to the degree it did its allies in Vietnam. ‘The eagle that kills the deer in Central America,’ declaimed national security scholar Robert Tucker, ‘will not frighten the bear in the Middle East.'”

The neocons learned some valuable lessons from their experiences in Latin America–for example, how to subvert meddlesome international institutions and circumvent uncooperative branches of government. And, as Grandin chronicles in more detail, how to discipline the domestic press. In the 1980s, under the direction of Otto Reich, a newly created State Department Office of Public Diplomacy for Latin America and the Caribbean issued an endless stream of op-eds, granted friendly journalists preferential access to government sources, and bullied critical reporters with what media critics call “flak.” In this environment, Grandin writes, “reporters came to dread the amount of fact checking it took to cover Central America.”

When Newsweek ran an eyewitness account, complete with color photographs, of an extrajudicial execution carried out by the Contras–in which the victim was forced to dig his own grave before being knifed in the throat–officials like Reich were indignant and ideologically unfazed. “I saw that picture,” Ronald Reagan reportedly said to a member of Congress, “and I’m told that after it was taken, the so-called victim got up and walked away.”

In fact, Grandin tells us, as evidence of atrocities mounted, the New Right escalated its moral offensive. Reagan famously described the Contras as “the moral equivalents of our founding fathers.” Members of the religious Right, like Pat Robertson and Jerry Falwell, were also enlisted to praise such “freedom fighters” and condemn liberation theology.

A final constituency united in the New Right alliance around Latin American policy consisted of hyper-capitalist, “neoliberal” economists and corporate tycoons. Washington always managed its foreign affairs with self-conscious intent to benefit American business. But something new came with the “National Security” era of the 1970s and 80s. Under U.S. guidance, authoritarian rulers like Augosto Pinochet in Chile implemented the radical free-market theories of University of Chicago economist Milton Friedman–slashing government spending for social services, selling off public assets, deregulating capital markets, and allowing foreign investors to fully repatriate their profits. Such policies have a miserable record of reducing poverty and sustaining growth, and quite a good one of spurring economic crises. Yet they remain profitable for business elites, including our current-day White House CEO and his cronies. Perhaps not surprisingly, the same policies that were imposed by L. Paul Bremer when he transformed occupied Iraq into what the Coalition Provisional Authority heralded as “an unbelievably liberalized economy.”

With its vivid depiction of neocon militarists, religious evangelicals, and neoliberal economists coming together, Empire’s Workshop offers a cogent analysis of how past interventions in Latin America provide the Bush administration with a troubling model for present policy. What it has to say about the future is less clear. Tellingly, Grandin skirts over the Democratic White House of the 1990s, primarily noting that support for U.S. militarism and corporate globalization have become bipartisan. President Clinton “had the good fortune to inherit a ‘largely pacified third world,'” he writes, “and so [Clinton] was able to use an earlier language of political liberalism and multilateral cooperation to sell free trade.” But Grandin sees this as merely a “bridge” period between George H.W. Bush’s political retirement and his son’s ascendancy. He argues that “the United States is once again relying hard power to protect its interests and guard against the resurgence of a new, continent-wide democratic left,” and thus implies that increasingly militaristic conflict with Latin American states is all but inevitable.

Clinton’s legacy, however, arguably merits more than an aside. Addressing the global Good Neighbor policy adopted by Franklin Delano Roosevelt–in which the U.S. renounced direct intervention in favor of a more subtle imperialism–Grandin contends that it saved “the United States from its own worst instincts” allowing it to reap windfall profits from a stable and relatively prosperous region. In a similar vein, Bill Clinton, who was able to remain personally popular among Southern neighbors by implementing “globalization” policies with a gentler hand, today might look like an attractive model to business leaders and lingering Republican realists alike, especially as Iraq descends into a deepening civil war.

For Latin America’s new center-left governments and defiant social movements, this would make cooptation a more pressing danger than invasion. And it would leave their international supporters without a cowboy to rally against–something cooler neoliberal heads would welcome. As much as the current regime might wish, we may not yet be condemned to repeat the dirty wars.