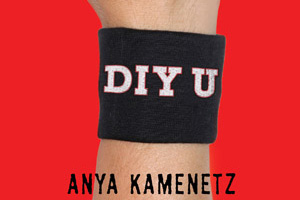 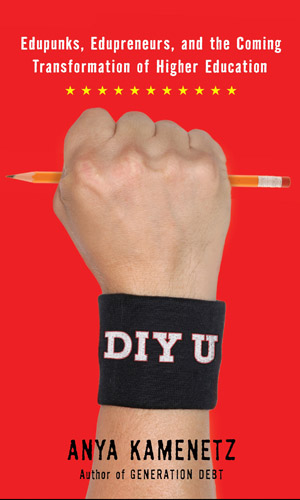 There’s no getting around it: Higher education doesn’t come cheap. In 2008, the average college student graduated $23,200 in debt, and that figure increases every year. But Anya Kamenetz, author of DIY U: Edupunks, Edupreneurs, and the Coming Transformation of Higher Education, believes you don’t have to go broke to get a good education. Here are a few of her top tuition-saving secrets.

1. Ask yourself: Is college right for me? “That might seem like a heretical thing to say, but the fact is today fewer than 50 percent of people who begin a four-year program actually complete it in six years, and there are an awful lot of people who find this out the hard way. I advocate taking time for introspection so that you have an idea of what your goal is, rather than just going to college because everyone else is going to college.”

2. Utilize open courseware. “There are so many opportunities these days for self-directed, self-propelled learning. This is good for people considering going to college, or people who are wondering what their major might be. OpenCourseWare Consortium is a bunch of different universities that put their stuff together. There’s also MIT OpenCourseWare, YouTube EDU,  iTunes-U, and a new site called Einztein, which promises to be a set of courses curated by Ph.D.’s—they’re taking the best of the best online courses. There’s also the Open Learning Initiative, a set of about 50 courses in skills training like math or physics. Those also offer tutoring, so you’re doing exercises and getting feedback. Peer 2 Peer University has created a set of online courses that you go through with a group of students. You’re participating online through blogs or e-mail lists. Another great open educational resource is TED Talks. There are 600 high-quality, really well-produced videos. They’re on topics from neurobiology to poetry to international relations, and they’ve been used in classrooms all over the world.”

3. Time is money. “Since about half of all college students not finishing in the allotted time, that means they’re tacking on more tuition dollars with every extra semester. That happens when people switch majors, and also when people transfer, which about 60 percent of students do. So even if you think that you’ll never want to transfer, ask about your college’s transfer policies. One way you can make the multiple-institutions plan work for you is if you’re able to take credits over the summer, in night classes, or online from a less-expensive institution, and then apply them to your degree. That can be a really great way to get a higher value for your education. Typically, if you get more than half of your credits at one institution, you can get your degree granted from the name-brand institution, but a lot of your credits might come from a cheaper institution.”

4. Borrow from Uncle Sam. “After all this time, students still don’t understand the difference between federal and private student loans. You should maximize your eligibility for federal student loans, since federal loans have lower interest rates and better repayment schedules and terms than private student loans. Once you’ve maxed out the federal student loan (and by the way, if you need help filling out your FAFSA form, you can go to an H&R Block or a local accountant, because sometimes it can be really daunting), I recommend getting PLUS loans, which are still federal loans, but go on a parent’s credit score rather than the student’s. PLUS loans’ rates are much lower and their terms are much better than those of most private loans. You can also borrow more with them. Overall, my rule of thumb: The maximum amount you borrow in general should be no more than your starting salary. So if you’re going to be a liberal arts graduate with a bachelor’s degree, that’s $35,000. If you’re going to get an engineering degree, you can borrow maybe up to $60,000. You never want to see people borrowing $80,000 to $90,000 for a bachelor’s degree, no matter what the subject.”

5. Use social networks to create study networks. “The role of peer groups in learning is just starting to be studied, and it’s really important. Students that are proactive about forming study groups and relationships within their course of study do much better in all kinds of majors. Use Facebook to convene study groups, and use Twitter to connect with people in your course of study. There is also a website called StudyBlue: It’s basically a self-organized hub where students can go online to talk about their classes, share notes, and compare notes, and it’s across institutions. If there’s another student taking Spanish 1 at some other college, you can see what he or she is covering in class and share ideas and questions.”

6. Get a job or go abroad. “Another part that I really can’t emphasize too much is the experiential part of your education. You need to work, you need to have an internship, or a volunteer position or a travel experience while you’re in college. Look for positions that are paid, since paid internships tend to be of higher quality than unpaid ones. I would suggest that any kind of college student today do that.”