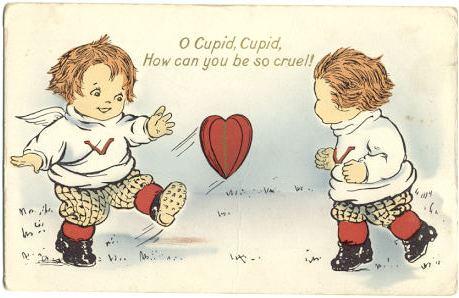 “My parents, with admirable foresight, had their first child while they were on fellowships in the United States. My mother was in public health, and my father in a library-science program. Having an American baby was, my mother once said, like putting money in the bank.”

So begins Daniel Alarcón’s recent New Yorker story “Second Lives,” whose narrator is a Latin American man with a potent longing for a First World life. His dream has eluded him; he realizes he is doomed to a “terminal condition” of Third World citizenship, despite that his older brother—the one lucky to be born on US soil—had seized the opportunity to emigrate many years prior.

Alarcón is a writer I’ve long admired, in part for how he weaves complex cultural politics into quietly powerful narratives. (His luminous story collection War by Candlelight is a must-read.) “Second Lives” arrived with uncanny timing in this politically boiling August. At face value, its opening easily could be another rallying cry for the political far right, members of which have been stirring up anti-immigrant and anti-Muslim hysteria from California to Texas to lower Manhattan.

Even by today’s standard of partisan politics, the hot wave of demagoguery hitting the country feels off the charts. Take the fear mongering of Louie Gohmert, the Texas congressman pushing the “terror babies” conspiracy on national television: Shadowy foreigners are plotting to give birth in the US, only to take their tots overseas, train them as terrorists and send them back decades later, courtesy of the 14th Amendment, to wreak havoc inside the country.

That this theory is plainly ridiculous, and has been debunked by FBI and US Customs officials, is beside the point. As Ruben Navarrette Jr. wrote from Phoenix, this is political opportunism of a very scary kind.

You might say that Gohmert is just small potatoes. But what about more influential Republicans eager this election season to foment an anti-Islam crusade? The tactics aimed at the so-called “Ground Zero mosque”—which in name is pure invention—are no less craven. Newt Gingrich put a Hitlerian stamp on the proposed Muslim center: “Nazis don’t have the right to put up a sign next to the Holocaust museum in Washington,” he said by way of egregious comparison on Fox News. No doubt Gingrich is pleased to be in lockstep with the cowardly Anti-Defamation League; he could scarcely do more to exploit fearful support from Jews than to evoke the Holocaust.

There seems to be not a shred of empathy or basic human decency in this dark political campaign. Oh, sure, some agitators will say that some of their best friends are Muslims—which should ring about as true and logical as pronouncements on CNN by Bryan Fischer of the American Family Association: “I love Muslims, I am pro-Muslim. I am anti-Islam. I would say to a Muslim, ‘Look, your ideology is destructive, it’s deceptive, it’s dark.'” Or as Fischer also put it: “Islam is not a religion of peace. It is a religion of war, it is a religion of violence.”

In this war, Gingrich, Boehner, and Cantor are the generals, the Fischers their captains on the ground. For them anything goes in the battle for congressional power this fall, the rising dangers of nativist provocation be damned.

Which returns me to Alarcón’s story. Against the multitude in the media recently (no shortage of fictions among them) it is an unwavering prick of light. It brims with the humanism that America’s darkly cartoonish politicos so palpably lack. As great fiction should, the story never directly grapples with the Big Political Issues, like immigration. Indeed, the politics here are personal, etched in the lives of characters coping with family struggle, romantic heartbreak and the daily challenges and amusements of assimilation. “Second Lives” is a portrait of a divided family gazing across the chasm between the Third and First Worlds—and it is a vivid reminder of what is really in the hearts and minds of the vast majority of America’s immigrant hopefuls.

“In school,” recalls Alarcón’s narrator, “my favorite subject was geography. Not just mine, it should be said.” He continues:

I doubt any generation of young people has ever looked at a world map with such a powerful mixture of longing and anxiety; we were like inmates being tempted with potential escape routes. Even our teacher must have felt it: When he took the map from the supply closet and tacked it to the blackboard, there was an audible sigh from the class. We were mesmerized by the possibilities; we assumed every country was more prosperous than ours, safer than ours, and at this scale they all seemed tantalizingly near. The atlas was passed around like pornography, and if you had the chance to sit alone with it for a few moments you counted yourself lucky. When confronted with a map of the United States, in my mind I placed dots across the continent, points to mark where my brother had lived and the various towns he’d passed through on his way to other places.

That dream of “other places,” of course, has everything to do with the greatness on which our immigrant-rich society has been built. The demagogues who have forgotten this truth, or who knowingly have traded it for the miasma of deranged politics, would do well to read and ponder Alarcón’s tale. It is so much taller, as it were, than any of theirs.