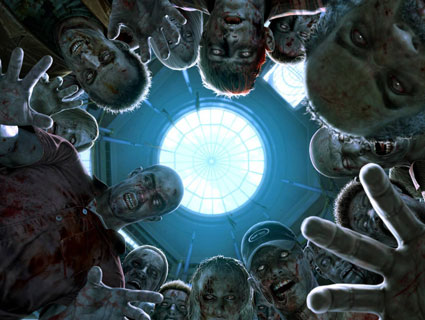 There was a time—when Saddam Hussein was a Baghdad ruler, and Condoleezza Rice was a Stanford professor, and “web logs” were weird hobbyhorses for cyber geeks—that the study of international relations was a stodgy affair. Aging professors in the “realist” and neocon traditions assigned dense texts and read aloud from 30-year-old lecture notes. Mostly, their analyses centered on the timeless statecraft lessons of the Peloponnesian War, Hobbes’ Leviathan, and Otto von Bismarck. When the 20th century figured in, it was Nazis this, Russkies that. Developments after 1991 occasionally necessitated a No. 2 pencil edit in the lecture notes’ yellowing margins.

Even after 9/11, the solidest citadel for this conservative mentality was the University of Chicago. It’s a serious place for discourse, run by serious scholars who ruminated seriously about some serious issues. These include John Mearsheimer, a West Point grad whose post-Cold War contribution was to declare unilateral war on China, and whose pre-War on Terror insight was that America’s lesser foes were deterred by “the stopping power of water.” There’s Robert Pape, who followed up a classic text on the strategic logic of aerial bombing with two (2) classic texts on the strategic logic of suicide bombing. And there’s Jean Bethke Elshtain, a feminist philosopher whose magnum opus was a call to arms in Iraq, subtitled The Burden of American Power in a Violent World. This is the university that gave us supply-side economics, Straussian neconservativism, and David Brooks. It is, in short, a haven for very smart people who live to confound undergraduates, worship Thucydides, and subvert the global order.

Small wonder that Chicago hardly knew what to do with Dan Drezner, a (relatively) young right-of-center political economist with a penchant for pro sports and stream-of-consciousness intellectualism. In 2002, he started blogging about “foreign policy, economic policy, public intellectuals, pop culture.” In 2005, Chicago passed him over for tenure.

Fortunately for us (and, I suppose, for all those Chicago-trained libertarian economists), Drezner’s done very well in the marketplace of ideas beyond Hyde Park. He scored an appointment at Tufts’ Fletcher School of Law and Diplomacy; gained admission to the Council on Foreign Relations; and went pro in the blogging business, taking his daily insights to the website of Foreign Policy magazine.

Along the way, something amazing’s happened: Open debates about global affairs have flourished. You can thank a decade of international tumult—September 11, Iraq, Afghanistan, the color revolutions, the Lebanon war, the Iranian uprising, the world recession, the current Mideast upheaval. You can marvel at the rise of Twitter, Tumblr, and online commenting culture. You can definitely nod to “old” media outlets like FP and The Atlantic, as well as new ones like Global Post and Current Intelligence, for bravely ignoring the conventional wisdom that international reporting and opining doesn’t generate subscriptions or page views. Whatever the reasons, academics and think-tankers are joining ever more laypeople in frank, smart, and often levity-laced discussions of world events.

Hence Drezner’s new book, Theories of International Politics and Zombies. An outgrowth of some pop-culture musings on his Foreign Policy blog, TIPZ sounds like a book editor’s late stab to jump on the commercial bandwagon. Somewhere between 28 Days Later, Pride and Prejudice and Zombies, The Walking Dead, and Dick Cheney’s eight years in Blair House the Naval Observatory, America fell in love with brain-sucking necrotic nightdwellers. Drezner is serious here; maybe not U of Chicago serious, but serious nonetheless. There exists “a genuine but publicly unacknowledged fear of the dead rising from the grave and feasting upon the entrails of the living,” he writes, and zombie contingencies have been the stuff of recent books, college security plans, and Haitian governmental preparations. “No great power has done the same in public,” Drezner tells us, “but one can only speculate what these governments are doing in private.” His own statistical research found good reason to explore statecraft vis a vis the living dead:

…more than 58 percent of philosophers believed that zombies could exist on some level. In contrast, fewer than 15 percent of the same respondents were prepared to believe in God. Given the raft of religion and theology departments in the academy, it seems churlish for scholars to neglect the question of reanimated corpses snacking on human flesh.

A light, breezy volume, TIPZ is a valuable primer in international relations theory for laypeople, and thank God for that—it’s been a long time coming. But Drezner’s real genius is that he’s written a stinging postmodern critique of IR theorists themselves, applying the full force of their structured reasoning to topics as diverse as Michael Jackson’s breakdancing zombies, Peter Jackson’s lesser film canon (Dead Alive, a splendid Kiwi undead gorefest), and romantic zombie comedy flicks—”rom zom coms,” as he puts it. It’s both a pedagogical text and a lampoon of pedagogy. “There are multiple existing paradigms that attempt to explain international relations,” he writes. “Each of them has a different take on how zombies affect world politics and how political actors would respond to the living dead.”

In true academic form, Drezner surveys the existing zombie/poli sci literature—including Thucydides’ history of the aforementioned Peloponnesian conflict, and Cheney’s “1 percent” doctrine (“If a policy analyst applies this logic to the undead, then preventive measures are clearly necessary”). Drezner defines his zombie terms; he identifies the possible scholarly objections to his zombie endeavor; and he launches into the zombie approaches different theorists—realists, liberals, neoconservatives, and social constructivists—might take. Along the way, he hits the scholarly signposts: “parsimony,” “free-rider problems,” “prospect theory,” “confirmation bias,” and “cascading norms”. Most of these illuminate some point or other on the brain-eating oeuvre of George Romero or Danny Boyle. “Quelling the rise of the undead,” he tells us, “would require significant interagency cooperation.”

One wonders, though, if some opportunities for timely critical thoughts are lost to Drezner’s impulse for quick dry punch lines (he might call it “satirical parsimony”). For instance, he asserts early on in an absurd flowchart that “SPEED DOES NOT CAUSALLY AFFECT THE SPREAD OF ZOMBIES.” Slow zombie incubation produces a slower government response; but while faster incubation will bring a more rapid official reaction, the speed of the nightwalkers’ spread will cancel it out. The result in both cases, he says, is “globalization of ghouldom.” I’m not so convinced: Even a small, slow outbreak of flesh-eating undead within a single state’s borders seems likely to provoke massive international revulsion and a rapid multi-government response. Or perhaps not; if zombies are taken as a metaphor for popular uprisings (an admittedly pro-statist point of view), then the recent Iran, Tunisia, Egypt, and tea party revolts do indeed suggest that governments are slow to respond until a certain critical mass is met.

Either way, you can see that this zombie thing has hard-core practical applications.

Besides Drezner’s weakness for the cheap joke, he’s also prone to give short shrift to IR theories he clearly disagrees with, and to softpedal on those with which he sympathizes just a bit. He’s pretty unfair to social constructivism, for example; rather than explaining how the theory challenges traditional assumptions of national identity and international anarchy, he argues that constructivists might be open to adopting worldwide zombie norms; in a jab at leading thinker Alexander Wendt’s most famous constructivist maxim, Drezner cheekily writes that “zombies are what humans make of them.”

Likewise, Drezner misses a golden opportunity to flame on the poverty—the stupidity, really—of the neocons’ reasoning, opting instead for a lighthearted roast. Sure, sure: Neocon hawks will launch a preventive strike against latent zombie threats, and they’ll probably use it as an excuse to reinvade Iraq. But did it never occur to Drezner that the Manichean, all-or-nothing, bomb-it-yesterday neocons are themselves the zombies? Isn’t it possible that they—and the Islamophobic, messianic, war-happy Palinocrats that have kept neoconservatism on the pantry shelf long past its spoilage date—are the real undead automatons who march forth with no understanding of their actions?

Nevertheless, TIPZ is one hell of an important tome. If you’ve hung out in academic circles or foreign-policy salons, you’ll get the real joke here. And if you don’t, not to worry: Drezner’s given you a paint-by-numbers template for your term papers or theses. If you attend U Chicago, anyway.