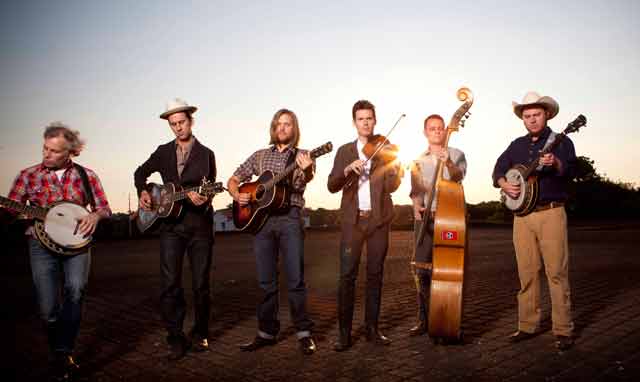 If you’re the kind of person who enjoys the combination of a campfire, stringed instruments, and a healthy (or, let’s face it, unhealthy) dose of whiskey, then you’ve probably heard the song “Wagon Wheel“—it’s pretty easy to play on the guitar and impossible not to sing along with. Bob Dylan wrote it, but the guys who made it popular are the Nashville-based string band Old Crow Medicine Show. Known for its rowdy and infectious brand of country, old-time, and folk music, Old Crow officially formed in New York City in 1998. But the sextet’s two founding members, Jay “Ketch” Secor and Chris “Critter” Fuqua, go back much further than that: They started playing music together as middle schoolers in Harrisonburg, Virginia, in the late ’80s. Since then, the band has won a giant following among people who like their country music a little more Carter Family and a little less Toby Keith.

Last week, the band released its seventh full-length album, Carry Me Back. Fans are especially excited about the return of Fuqua, who took a three-year hiatus, during which he quit drinking. I caught up with Secor, who writes songs, sings, and plays fiddle, harmonica, and banjo, to talk about the new album, how country music is eclipsing indie rock, and what it’s like to play whiskey-soaked songs without the whiskey. 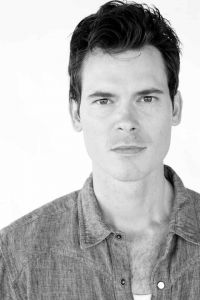 Ketch Secor Image courtesy of CrackerfarmMother Jones: You’re originally from Appalachia. Was it that region’s musical traditions that inspired you to play country music?

Ketch Secor: Like anybody else of my era, I listened to a whole lot of Michael Jackson. I guess I was probably inspired by the way he danced, and the way he sang, and his image. He was on the cover of every magazine and every TV screen, in every pinball machine and chewing gum dispenser. That is to say, I didn’t grow up on the porch of a cabin looking out over the 90 acres that the mule was plowing with Paw-Paw playing the banjo. But I was always interested in folk music. I heard Pete Seeger records when I was a kid. I saw Bob Dylan when I was about 12. The first song I ever learned to play was a song by Phil Ochs.

MJ: What’s the deal with these people who, when you ask them what kind of music they like, they say “anything but country”? How did country music get to be so maligned?

KS: I guess it’s a bit like not claiming your brother at school. This kind of disowning of the thing that you’re most like. You want to be something cool, like Michael Jackson say, with a boom box over your shoulder and wearing leather. But you know deep down you’re just a hayseed. It’s not very long ago that we were all singing country music. And country music is equally black as it is white and that’s important to recognize. Country music is the combination of African and European folk songs coming together and doing a little waltz right here in the American south. They came together at some cotillion, and somebody snuck a black person into the room, and he danced with a white lady, and music was born.

MJ: I want to talk about your new album a bit. I really like the song “Levi,” and I was wondering if you could tell me about the inspiration for it.

KS: I heard on the radio one day in 2010 an NPR reporter talk about the life of a soldier named Levi who’d been killed in Baghdad in an explosion from a suicide bomber. He was about 25 years old, and the story that was told of his life depicted a boy that grew up in the mountains of Virginia, riding around on a four-wheeler, raised by his grandpa, cutting tobacco. Knew how to handle a mule. Somebody from the country, somebody who liked country music, and somebody who really liked Old Crow. And at the end of the story, they said that at his funeral they played his favorite song by Old Crow, and it was called “Wagon Wheel.” Well, the first thing I did was write down some lines, and then I wrote a letter right after that to Levi’s mother and father saying, “I’ve written a song about your boy, and where can I send it?” And then we recorded it. And we played it for them near their hometown last summer. They all came out, his grandmother came out, and the song was complete.

MJ: What was that like performing for his family? It must have been emotional.

This indie rock stuff, I mean I like it, too—it pushes all my buttons: sex appeal, dissonance. It’s emotive, disenchanted. But if I want that, man, I’ll listen to Morrissey.

KS: It’s true that bluegrass is a virtuosic form and asks that of its performer. Old-time music is older rawer and purer. It’s less stylized. We don’t solo. Well sometimes we do, but it’s different it has more to do with rock-and-roll than bluegrass does. You know, you don’t choose that stuff. You’re either wired for it or you’re not. We weren’t straight-A students. We didn’t start playing until we were teenagers, and we started playing rock and roll and punk rock—power chords—before we ever thought we would play folk music. So virtuosity was just never in my reach.

MJ: I always associate your music with whiskey. A lot of your songs are about booze. My friends and I listen to your music and drink whiskey. I’ve heard that Critter is back in the band and that he got sober. Has that changed your style of performance in any way?

KS: You just can’t do it drunk for that long. We sure did booze it up for a long time there, in more ways than one. A lot of vice going on there, and not too much virtue. But it’s good to be clean. It just feels a lot better. I’m really glad to have Critter back in the band. For 20 years now we’ve been making music together. We grew up in the same town, and we snuck beers together out in back of the school and all that stuff. But I’m glad to hear that our music makes you drink whiskey. Because y’all drinking whiskey is probably a gregarious act. When you’re not an alcoholic it’s pretty fun to drink whiskey. But when you are it’s a very solo ritual. It’s not gregarious at all. But vice has always informed country music and all music. Because music gets you high, so it makes sense to sing about what else gets you high.

KS: Well, that’s what they tell me, and the faces in the crowd seem to depict a similar view of what’s popular. It seems like everyone’s listening to fiddles and banjos. This indie rock stuff, I mean I like it, too—it pushes all my buttons: sex appeal, dissonance. It’s emotive, disenchanted. But if I want that, man, I’ll listen to Morrissey. Why would I listen to some snot-nosed 18-year-old tell you what he’s got? So I think this side of the coin is more celebratory, more gregarious. It’s like drinking alone versus drinking whiskey with your friends. Which one is more fun? You can only stay disenchanted for so long before you just want to smile and raise your glass.

MJ: So you guys are an all dudes band. Have you ever had a woman in the band? Or considered it?

KS: Well we certainly have played with a lot of gals. And sometimes our significant others travel with us. But no, we never had a girl in the band. Why? Certainly there’s some rippin’ female players in our kind of music. We have no objection to it. It’d be wonderful.

MJ: Seems like in some ways country music is still dominated by men. Would you agree?

KS: No. I think country music is a champion of women. That stuff coming out of Nashville now wants to see a woman looking good in the kitchen whipping up some biscuits. A woman who knows how to handle her minivan at the mall. It’s a concrete jungle out there, darlin’. Turn up your radio and get into a bubble bath kind of thing. But country music has been empowering to women. Women invented it—it was women singing to their children that built country music. The people making country music today might not even know that it all started with a midwife. But it’s true, it really did. That’s where Michael learned to shake it the way he did. It wasn’t from old Papa Jackson, I’ll tell you that.