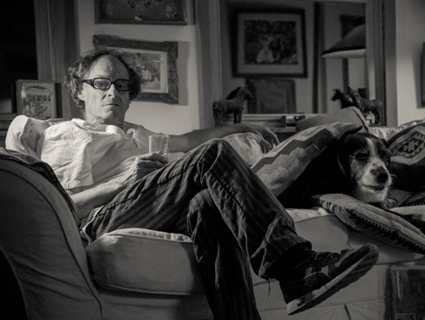 I did not know Alex Cockburn was at the end of the line. While he is now being widely remembered as an iconoclast and a raconteur, what’s said less often is that he was also a person of great courage and dignity, and the way he met death was true to himself and to his family.

When we worked together at the Village Voice back in the late 1970s and early 1980s, we were the best of friends, and we did our reporting in a way that most people in the press would die for. Nobody censored what we wrote. Nobody messed with how things were written, or dreamed of questioning a political opinion. Rupert Murdoch, when he owned the Voice, was said to gag on some of Alex’s pointed epithets, but he never did anything about it. He actually had us both to lunch and offered us a column.

We were there to witness the birth of the new right, a political movement that would capture the White House, Congress, and much of the court system. We were on hand for the emergence of Ronald Reagan, whose more extreme supporters gave a whiff of today’s tea party, and for the spirited rebirth of the New England blue blood Bush family as a Texas clan. Alex dispatched them all in grand style, though he reserved his sharpest jabs for sellout liberals like Bill Clinton. He was no armchair pundit, though; he was intrepid and fearless, and he went where the story took him, whether to a seedy motel in New Hampshire or the jungles of Nicaragua.

Rupert Murdoch, when he owned the Voice, was said to gag on some of Alex’s epithets, but he never did anything about it. He actually had us both to lunch and offered us a column.

His writing was informed by his own particular brew of Marxism, anarchism, and libertarianism, to which he would remain true throughout his life. It was like nothing else in American political journalism, and it would only become more important as the decades wore on and the country lumbered rightward.

Alex was getting famous, and after he left the Voice he became more famous, with a column in the Wall Street Journal as well as one in The Nation, which gave him a permanent home. He founded CounterPunch with Jeff St. Clair, and they built it into a formidable political publication. He always managed to make a living completely on his own terms, despite having inherited his father’s approach toward money. (He decided which bills to pay by throwing them up in the air and seeing where they landed—and he frequently misplaced his wallet when the check came.)

Alex liked a good fight, and we had our share—always about politics, since nothing less was really worth arguing over. I thought his ideas about climate change were loopy, and he thought my ideas about the radical far right were hysterical. In the end the fights never really amounted to much. He pissed off some people, but he made just about everybody howl with laughter. He had a way with the nasty phrase (during a spat with MoJo, he called it “the most boring magazine in the world“), but in person he always greeted the people he was going after with high good humor. He talked to anybody and everybody.

Alex also reserved his most merciless attacks for the powerful and corrupt, and had great compassion for their victims—from poor people and prisoners to those damaged by America’s foreign policy misadventures. He loved animals and the disappearing wilderness. He’d built a home and a life for himself amid the tall trees and far-reaching vistas of northern California. And it was seeing a photograph of him on the couch with his beloved old dog that finally made me break down.

Alex was a fan of the writer, environmentalist, and anarchist Edward Abbey, who said, “It is not death or dying that is tragic, but rather to have existed without fully participating in life.” In this sense Alex’s death is not a tragedy, though it is a deep loss to everyone who knew him, and everyone who read him. Here, then, is a farewell from Abbey:

“May your trails be crooked, winding, lonesome, dangerous, leading to the most amazing view. May your mountains rise into and above the clouds. May your rivers flow without end, meandering through pastoral valleys tinkling with bells, past temples and castles and poets’ towers into a dark primeval forest where tigers belch and monkeys howl, through miasmal and mysterious swamps and down into a desert of red rock, blue mesas, domes and pinnacles and grottos of endless stone, and down again into a deep vast ancient unknown chasm where bars of sunlight blaze on profiled cliffs, where deer walk across the white sand beaches, where storms come and go as lightning clangs upon the high crags, where something strange and more beautiful and more full of wonder than your deepest dreams waits for you—beyond that next turning of the canyon walls.”