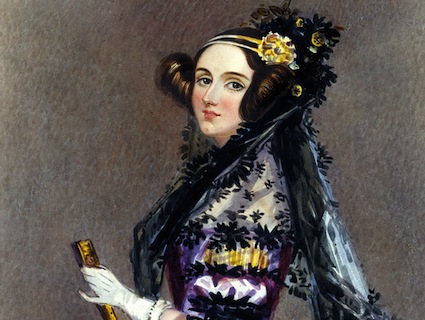 October 15 is Ada Lovelace Day, named for the world’s first computer programmer and dedicated to promoting women in STEM—science, technology, engineering, and math. A Victorian-era mathematical genius, Lovelace was the first to describe how computing machines could solve math problems, write new forms of music, and much more, if you gave them instructions in a language they could understand. Of course, over the ensuing 100-plus years, dudes have been lining up to push her out of the picture (more on that below).

Lovelace is hardly the only woman to be erased from the history of her own work. Here’s a quick look at eight women whose breakthroughs were marginalized by their peers.

(This isn’t a complete list, by tragically epic degrees. Please use the comments section to rail about everyone we missed.) 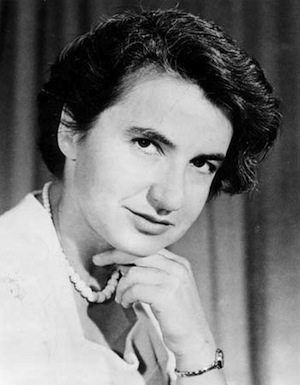 ?Rosalind Franklin, discovery of the DNA double helix: Watson and Crick’s famed article in Nature on the discovery of the DNA double-helix structure, which would win them a Nobel Prize, buries a mention of Rosalind Franklin’s role in the footnotes. But Franklin, a British biophysicist who had honed a technique to closely observe molecules using X-ray diffraction, was the first to capture a photographic image of deoxyribonucleic acid, or DNA, known as Photo 51. An estranged male colleague of Franklin’s at King’s College showed her photograph to competitors Watson and Crick, without her permission. Photo 51 became crucial in shaping their thesis, but it would take Watson 40 years to admit this publicly. Franklin, known as the “dark lady of DNA,” shifted her focus to the study of RNA, and made important strides before her death from cancer in 1958, four years before Watson and Crick received the Nobel.

Ada Lovelace, computer programming: The daughter of Lord Byron, Lovelace was steered toward math by her mother, who feared her daughter would follow in her father’s “mad, bad, and dangerous” literary footsteps. Luckily, she loved the subject, and remained devoted throughout her brief life—she died in 1852 at age 36, soon after an ambitious, proto-Moneyball attempt to beat the odds at horse racing by developing mathematical models to help place her bets. 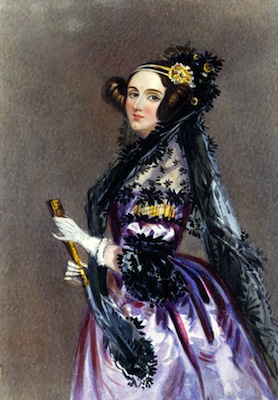 When she was barely 20, she started collaborating with the inventor Charles Babbage at the University of London on his “Analytical Engine,” an early model of a computer. In 1843, she added extensive notes of her own to a paper on Babbage’s machine, detailing how the Engine could be fed step-by-step instructions to do complicated math, and trained to work not only with numbers but also words and symbols “to compose elaborate and scientific pieces of music of any degree of complexity or extent.”

The notes are considered the first descriptions of what we now call algorithms and computer programming, and for decades, historians have argued over whether Lovelace came up with them herself, or Babbage was somehow the real author. “Ada was as mad as a hatter, and contributed little more to the ‘Notes’ than trouble,” writes one historian, and a “manic depressive with the most amazing delusions about her own talents.” But Babbage’s own memoir suggests she deserved credit for the “the algebraic working out of the different problems,” and more recently she’s been honored with, among other things, a British medal of honor, a Google Doodle, a tunnel boring machine in London, and her own annual celebration. In 2011, the Ada Initiative was founded to help promote women in computer science and open-source technology.

Margaret Knight, paper bag machine: The paper bag machine, which is exactly what it sounds like, doesn’t get as much love as the nuclear fission or the computer, and it probably shouldn’t—it’s a convenient but hardly breathtaking way to carry sandwiches. But Knight’s invention, in 1868, is notable for the fight she went through to get credit. Her patent designs were quickly stolen by a man, who sought to have the patent issued in his name by arguing that a woman was incapable of such a breakthrough. It took three years, but Knight eventually won the case in court. 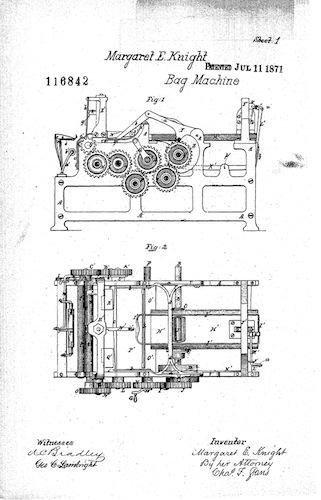 Elizabeth Magie, Monopoly: Charles Darrow, an unemployed heating salesman, traditionally gets credit for America’s favorite homage to extortionist landlords. But as PBS discovered in 2004, the board game actually had its start nearly three decades earlier when Magie, an acolyte of the economist Henry George, secured to the patent to The Landlord’s Game. For her efforts in creating the country’s most popular board game she received just $500 from Parker Brothers. 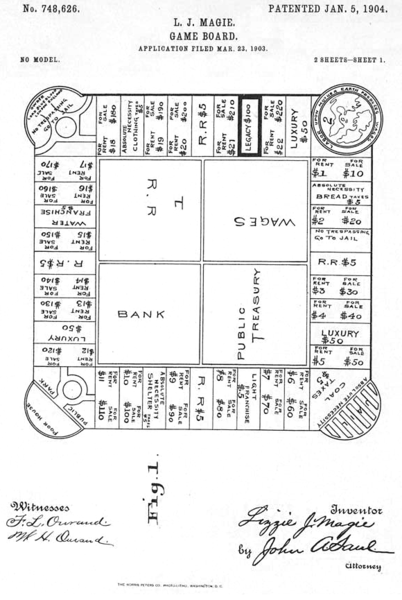 Judy Malloy, hypertext fiction: A self-taught computer programmer, conceptual artist, and single mom working at a tech company in the early days of Silicon Valley, Malloy self-published a short story called Uncle Roger in 1986. It’s a wry take on California tech culture through the eyes of an eccentric computer chip salesman, and at the time, the experience of reading Uncle Roger was totally new. It lived online (and still does), and the reader clicked through fragments of the story in whatever order they chose, twisting and reshaping the narrative along the way. Malloy created an elaborate new database system to tell her story, with 32 UNIX shells and a sophisticated search engine for its time. But in 1992, a New York Times book critic crowned the young novelist Michael Joyce’s afternoon, a story as the “granddaddy of full-length hypertext fictions,” though Uncle Roger came first and Malloy’s piece was acclaimed by the emerging digital art community as the earliest notable example of the form. 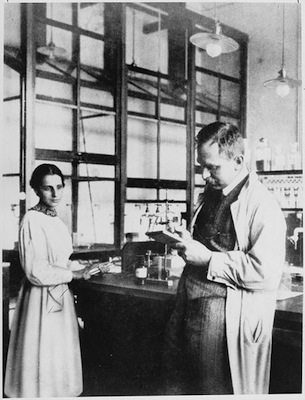 Lise Meitner, nuclear fission: A student of Max Plank and the first German woman to hold a professorship at a German university, Meitner was forced to flee the country because of her Jewish ancestry. But she continued corresponding with her research partner, Otto Hahn, from Scandinavia, and in 1938 they first articulated the idea of nuclear fission, which five years later would give rise to the atomic bomb. But Hahn left her name off his landmark paper, and when the Royal Swedish Academy of Sciences recognized the breakthrough in 1944, they gave the prize in chemistry to Hahn. Meitner eventually earned a more exclusive honor, though; in 1994 she was honored with an element—meitnerium, or Mt on the Periodic Table.

Candace Pert, opioid receptor: When Pert, then a graduate student at Johns Hopkins, protested that her professor, Dr. Solomon Snyder, had received an award for her discovery of the receptor allows opiates to lock into the brain, Snyder’s response was curt: “That’s how the game is played.” Pert protested in a formal letter to the award committee (“As a graduate student who played a key role in initiating the research and following it up”) and then, having thoroughly revolutionized neuroscience, got back to work. She was working toward a more effective treatment of Alzheimer’s when she died in September.

Martha Coston, signal flares: Coston was officially listed as “administratix” on the 1961 patent that revolutionized communication between US Navy vessels. Official credit for the invention went to her husband, Benjamin Franklin Coston—never mind that he had been dead for the 10 years she had worked with pyrotechnic engineers to turn his idea into a reality. (She received a patent in her own name, 12 years later, for a modified system.)