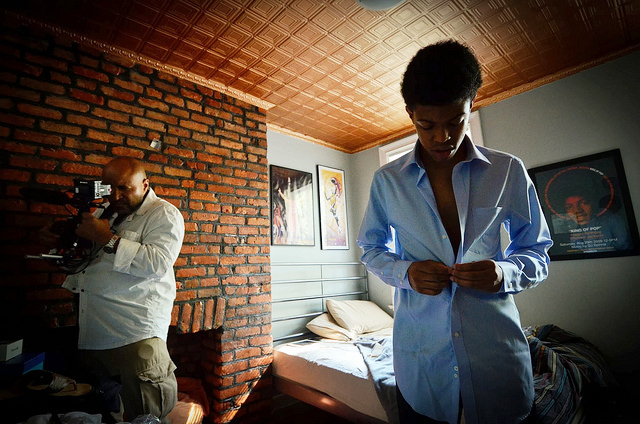 Like many parents, Joe Brewster and Michèle Stephenson decided to capture their first-born’s major milestones on video—first day of school, basketball games, middle-school graduation, preparations for the prom. They filmed the mundane moments, too: Walking the family dog, meltdowns over homework, a trip to the doctor that resulted in an ADHD diagnosis. All told, the family compiled more than 800 hours of footage starting the day that their son, Idris, and his best friend, Seun, entered kindergarten at Manhattan’s Dalton School—two middle-class black boys on scholarships at one of the nation’s most exclusive, and predominantly white, educational institutions.

In the resulting documentary, American Promise, which won a Sundance Jury Award and airs nationally on PBS on February 3, parents will see much that they recognize from their everyday struggles to raise confident, well-rounded kids—from the last-minute cramming on the drive to school to arguments around the kitchen table over a mediocre report card. But at a time when study after study shows black boys on the wrong side of a staggering achievement gap, the film offers an intimate look at the additional burdens of cultural bias and the social typecasting of young black men. Here’s a trailer:

This week, the Brewster and Stephenson release a new parenting book, Promises Kept: Raising Black Boys to Succeed in School and Life. Based on their 13-year-experiment, the book includes expert advice on dealing with bias and stereotyping. I reached the couple at home in Brooklyn as they prepared for a final screening at the New York Film Festival to discuss overbooked kids, Trayvon Martin, and what it’s like raising a child under the camera’s watchful eye.

Mother Jones: How has American Promise been received on the festival circuit?

Joe Brewster: We were told we were the first in history to get a two-time standing ovation [at the New York Film Festival]. That’s kind of amazing, although another film got one the same night so I think they’re in the standing ovation mode over there. But the kids were there and they got one for themselves. And a number of parents came up to us, talking about how it spoke to them.

MJ: The film is about raising black boys, but most of the challenges would apply to any overworked parent with overscheduled kids. Do we put too much pressure on our children nowadays?

JB: It depends on the child. But let’s look at the numbers. Competitive nations are doing twice as much work as we are.

Michèle Stephenson: In the case of our African-American boys, the real question is how do we provide a level of demandingness that really allows them to realize their potential and understand that we have high expectations, while at the same time providing the love and nurturing. It’s a very delicate balance. I think it’s incumbent upon us to set the bar at a level where they feel that they can rise to the occasion.

“As they got older, they wanted to reveal less and less to us, because we’re the parents.”

JB: The reality is, there are obstacles they face because of their race—and if we’re not aware of that, we can’t demand that they achieve at the same level.

MJ: How did you balance the need to document their lives versus their need for privacy?

MS: The film kind of succeeds in giving the impression that we had the camera on 24-7. In reality it’s 800 hours of footage over 13 years, so it’s not as much as people think.

MJ: At first I thought it was you two shooting, but there were moments when all of you were on camera. 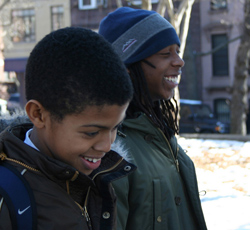 MS: We would call some friends to come and help us out. As funding came in, we started to hire camera people who were close to the age of the boys, and in some cases men of color. It was important for us to have people the boys were totally comfortable with. Especially as they got older, they wanted to reveal less and less to us, because we’re the parents. When they started high school we gave them some flip cameras to document their own work. That was another chance to kind of keep them engaged.

MJ: Tell me about the editing process?

MS: When we actively started cutting these scenes, there were no holds barred with regards to Joe and my depiction. If the editors had to go there, in terms of portraying our negative characteristics because it made the scene strong, we said go there: We need to keep the integrity of the film.

MJ: I noticed that you don’t seem to sugar-coat your fights and disagreements. How do you deal with uncomfortable scenes. Do you have to relinquish control to your editor?

JB: The reality is, it was a painful process. When you see yourself on tape, it’s agonizing. Michèle was constantly fixing her hair, looking at dress sizes. You know she went from a 3 to a 5 to a 7… 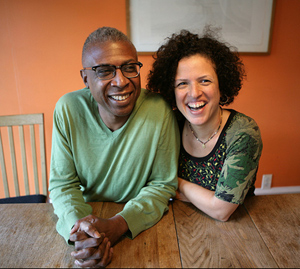 MS: Oh, stop! [Laughs.] The bottom line was the editors were there to help us. We never really stepped away from the process, but we believed in the work they were doing and they trusted in our ability to be as objective as possible in analyzing it. They asked us what we wanted the film to accomplish, and we said we want to tell a story that allows our boys to be seen as who they are.

MJ: Again, a lot of this could apply to any family.

JB: Many white parents come up to us, “You know what, this could be my son. I didn’t see any evidence of race or bias.” We remind them that that is their gaze. They have to watch this through the gaze of an African-American family, in which our parents always told us that we would encounter these things.

MS: Ultimately, we are trying to protect our son and prepare him for some of the implicit biases on the street or at school. You can’t talk about academic performance, especially around our African-American boys, without looking at the impact of low expectations or suspensions from school. These boys have so much higher rates of punishment and suspensions in schools across the board.

MJ: One contentious issue in the film involves the notion that we are overmedicating kids for ADHD. What were you thinking when Idris was diagnosed?

African Americans “may be slightly more diagnosed” with ADHD, “but we’re much less likely than a white family to accept treatment.”

JB: The thinking was that he would grow out of it, so we focused on non-medical intervention—having a study environment without distractions, using planners, an organizational tutor. It was not enough. Ultimately, it was Idris who asked to be medicated, and when he was medicated there was a huge jump in his grades—but what carried him through high school was actually the organizational techniques that were taught and learned over a series of years.

The perception of African-American families is that they are more likely to be diagnosed. The reality is, we may be slightly more diagnosed, but we’re much less likely than a white family to accept treatment. So you have to deal with the outcome of that in a world that is organized around people who sit for long periods of time and are able to focus.

MJ: How did you talk to your kids about the killing of Trayvon Martin?

MS: That’s a conversation we’ve been having for many years. It’s about what do you do to protect yourself—there are some tactical things. Idris has been stopped by police in my neighborhood. Around the corner from Dalton, he’s had white women run from him, thinking he’s going to steal their purse—and he’s just jogging to gym class!

JB: In our Op-Doc for the New York Times, we addressed this issue indirectly.

MJ: What were some of the unintended consequences of making your kids a film subject?

JB: Idris thinks that the girls are more interested in him. [Laughs.] I don’t think so! There are always consequences. But we believe the kids are better off because of the interaction we had with our kids and the level of conversation in terms of dealing with difficult issues.

“There were many weekends where you’d go downstairs and you were stepping over the kids from Queens, kids from outer Brooklyn.”

MS: I think an unintended consequence is being at the New York Film Festival. That’s been a really amazing ride.

JB: The last African-American documentary director was at the New York Film Festival 37 years ago! It was Men in Brown, about the Harlem Hellfighters. Another story about African-American men dealing with misperceptions and overcoming odds.

MJ: So, using this film as a mirror, what might you have done differently as parents or as filmmakers?

MS: There are aspects of our parenting that come out in the film for the sake of storyline and dramatic tension, but I think people see the complexity in our parenting when they engage with Idris and see the kind of person that he is.

JB: There was a lot of humor in this film and we had to cut a lot of that out [for length]. What is not seen in the film is that our house became a center of activity for a lot of kids, not just the kids in the film. In fact there were many weekends where you’d go downstairs and you were stepping over the kids from Queens, kids from outer Brooklyn, and even kids from Manhattan who were coming in because it was a safe place—but not without drama.