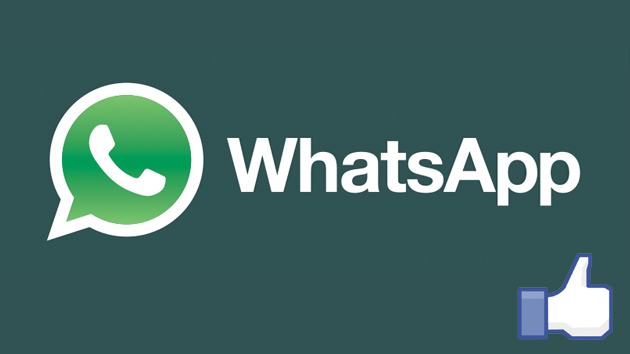 The surprising tech news of the week is Facebook’s $19 billion acquisition of WhatsApp, a fast-growing mobile-messaging startup. WhatsApp allows smartphone users to evade phone company limits and send unlimited text messages. The service is free for the first year, and a buck for each following year. Five years after its creation by Jan Koum, a Ukrainian immigrant who dropped out of college, and Brian Acton, a Stanford alum, the app has 450 million users—most outside the United States—and a million new users signing up each day. The eye-popping price tag—about one-tenth the entire value of Facebook—is the shocker that’s drawn much media notice. But there’s another element to the story that is astounding: Koum and Acton have published a manifesto that radically critiques the foundation of modern capitalism—advertising—and denounces materialism. Facebook’s business model, of course, depends upon both.

When new users of WhatsApp first download the service, they are shown a page that has a link to a message explaining why WhatsApp does not accept ads. Those who click on that link get an explanation that could have been penned by the gang at Adbusters, the anti-consumerist magazine that had a hand in starting the Occupy movement. Here’s the full statement from Koum:

Advertising has us chasing cars and clothes, working jobs we hate so we can buy shit we don’t need.
– Tyler Durden, Fight Club

Brian and I spent a combined 20 years at Yahoo!, working hard to keep the site working. And yes, working hard to sell ads, because that’s what Yahoo! did. It gathered data and it served pages and it sold ads.

We watched Yahoo! get eclipsed in size and reach by Google…a more efficient and more profitable ad seller. They knew what you were searching for, so they could gather your data more efficiently and sell better ads.

These days companies know literally everything about you, your friends, your interests, and they use it all to sell ads.

When we sat down to start our own thing together three years ago we wanted to make something that wasn’t just another ad clearinghouse. We wanted to spend our time building a service people wanted to use because it worked and saved them money and made their lives better in a small way. We knew that we could charge people directly if we could do all those things. We knew we could do what most people aim to do every day: avoid ads.

No one wakes up excited to see more advertising, no one goes to sleep thinking about the ads they’ll see tomorrow. We know people go to sleep excited about who they chatted with that day (and disappointed about who they didn’t). We want WhatsApp to be the product that keeps you awake…and that you reach for in the morning. No one jumps up from a nap and runs to see an advertisement.

Advertising isn’t just the disruption of aesthetics, the insults to your intelligence and the interruption of your train of thought. At every company that sells ads, a significant portion of their engineering team spends their day tuning data mining, writing better code to collect all your personal data, upgrading the servers that hold all the data and making sure it’s all being logged and collated and sliced and packaged and shipped out…And at the end of the day the result of it all is a slightly different advertising banner in your browser or on your mobile screen.

Remember, when advertising is involved you the user are the product.

At WhatsApp, our engineers spend all their time fixing bugs, adding new features and ironing out all the little intricacies in our task of bringing rich, affordable, reliable messaging to every phone in the world. That’s our product and that’s our passion. Your data isn’t even in the picture. We are simply not interested in any of it.

When people ask us why we charge for WhatsApp, we say “Have you considered the alternative?”

Advertising is the enemy; it distorts values and devalues life—this is not the sentiment that animates Facebook and Silicon Valley. Corporate messaging dominates the public sphere. Stadiums bear the names of corporate sponsors. Celebrities are expected to sell anything and everything. (Beyoncé is a Pepsi delivery vehicle, Taylor Swift, a Diet Coke system.) Websites are designed to soak up personal data to enhance the targeting of consumers. Public radio and public television air sponsor messages that serve as ads. Taxi cabs in New York City play ads in the back seats. (Yes, Mother Jones relies on ads for a chunk of its revenue.) And there’s no longer much public debate about all this. Yet the WhatsApp guys see evil in turning tech users into products, not people.

Analysts and others are wondering whether WhatsApp is truly worth $19 billion. But another big question is whether the culture-jamming ethos of WhatsApp can survive as the company is melded into Facebook. Will Koum and Acton become part of the Borg they so eloquently decried? The first rule of Fight Club was “You do not talk about fight club.” The second rule was “You do not talk about fight club.” Now that Koum and Acton are billionaires and über-players on the tech scene, will they continue to spread their anti-consumerism, tech-is-for-the-people gospel? Will they change Facebook, or will Facebook change them?