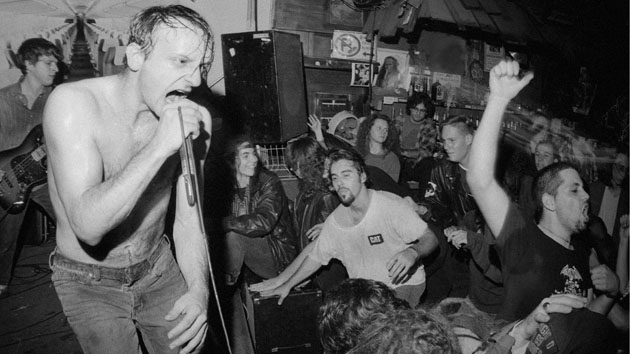 I was never a big Jesus Lizard fan. When they were around, I was drowning myself with a wide array of punk rock: hardcore, garage rock, pop punk, proto punk. The Jesus Lizard were just too low, dirty, and grungy for my taste. But that didn’t keep me from finding Book—a deep dive into the life of this mid-level ’90s alt/punk band—exceptionally fascinating. It’s likely to appeal to those of you who get off on behind-the-scenes action, reading about the inner machinations of being in a band, particularly if you spent any time listening to punk or grunge during the 1990s.

The Jesus Lizard were one of many bands who flirted with a certain level of fame in the ’90s, one of those bands heavily courted by major labels looking for the Next Big Thing. Fronted by firecracker David Yow, the band plowed through the decade alongside acts like Sonic Youth, Didjits, Tar, Unsane, Fugazi, Cows, the Stanford Prison Experiment, Brianiac, Rage Against the Machine, Helmet, and of course, Nirvana. 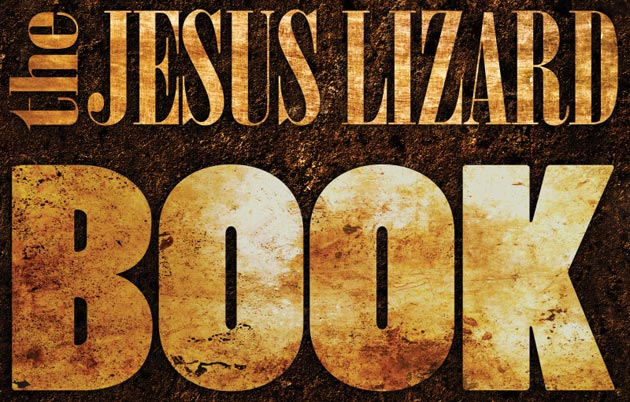 Book, titled as all their albums were, a simple four letter word (Head, Goat, Liar, Down, Show, Shot, Blue and Club), rolls back the van door and let’s you in for a wild ride. The Jesus Lizard boys give us a 360-degree view of what it was like to start a punk band in the late ’80s and then catch the 1990s surge of alternative-rock popularity—the full Lollapalooza, major label experience—only to wind things down a decade later. Their story is told chronologically through first-person accounts of the band members, interviews with fans, roadies, other bands, hangers-on, and anyone else with a story. And with a band like The Jesus Lizard, there are plenty of good ones. 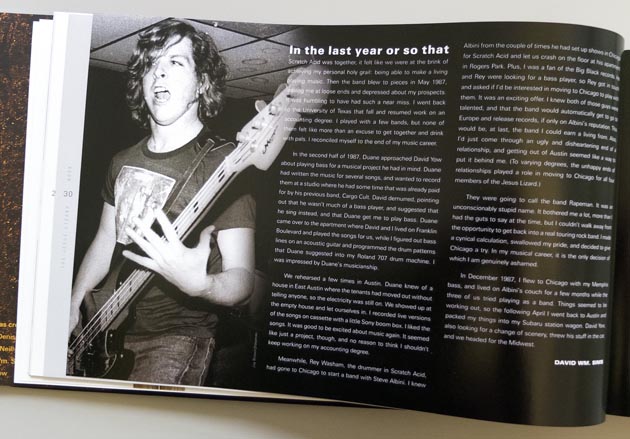 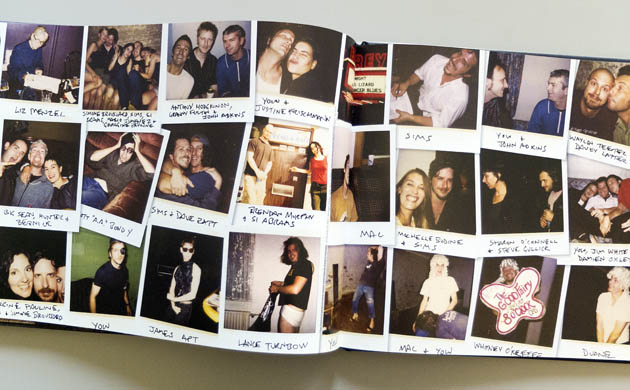 We’re also treated to loads of photos: killer live shots by people like Pat Graham, Uri Korn, Steve Gullick, and Joey Lin; dozens of Polaroids and countless other behind-the-scenes road photos shot by bassist David Wm. Sims. The book includes a smorgasbord of flyers, ephemera, set lists, and posters. The band members also detail each of their records: the process of making them, the reception they got, and their own reaction to the reception—not to mention Sims’ take on writing and recording each song. 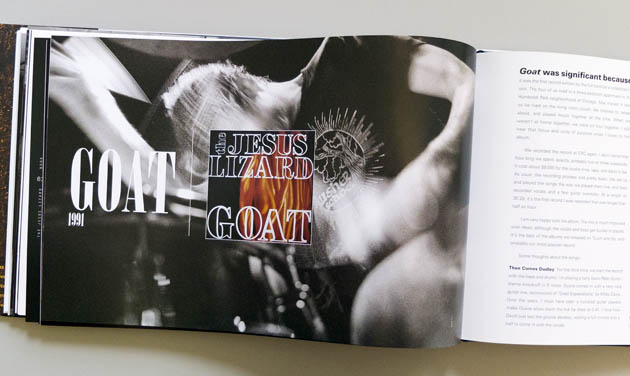 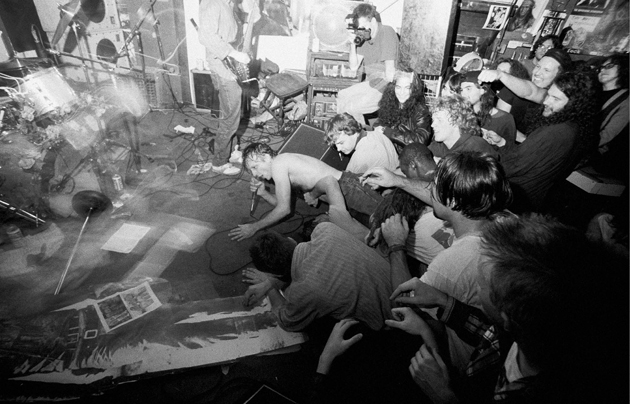 There’s a lot here for devotees, including David Wm. Sim’s massive, comprehensive list of every show the band played: where and when, who was on the bill, and whether The Jesus Lizard headlined or opened. It’s a dense trip through venues and bands that once upon a time made up the landscape of underground music around the world. 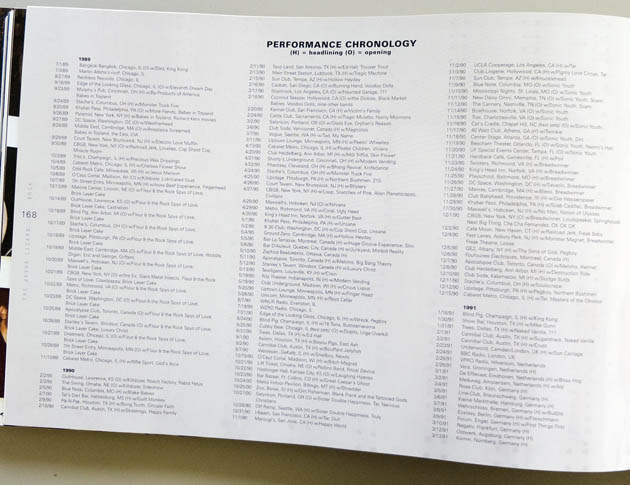 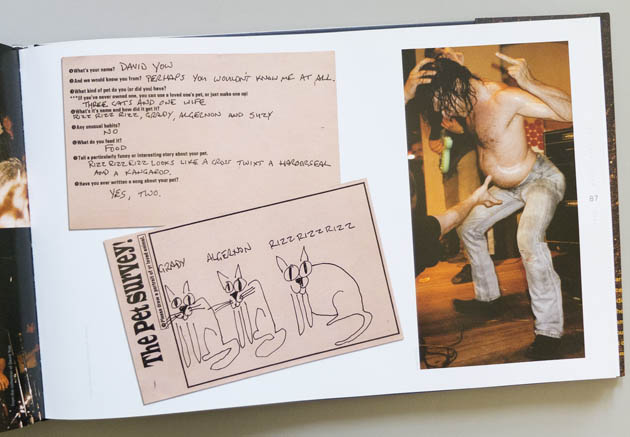 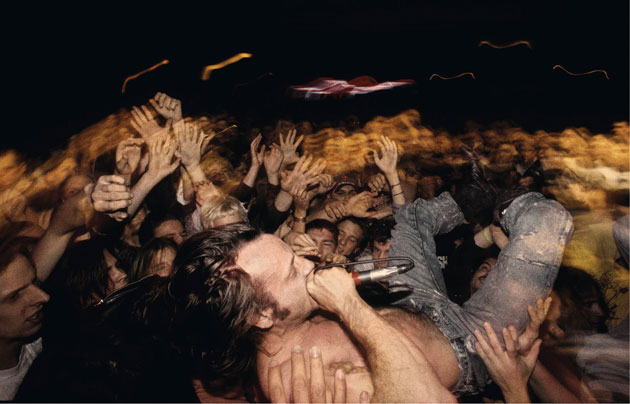 Book functions almost like a deep-cut addendum to Michael Azerrad’s excellent Our Band Could Be Your Life, an oral history of ‘80s and early ‘90s bands such as Black Flag, Minor Threat, Sonic Youth, The Replacements, Hüsker Dü, Big Black, and Beat Happening that followed the ‘70s punk explosion but preceded the rise of Nirvana and Green Day to megafame. Thanks to a truly creative cast of characters—and a sharp editor, no doubt—Book never feels bloated or tired. The mix of images, vignettes, interviews, and ephemera moves you through the years.

If you’re a Jesus Lizard fan or a David Yow devotee, you’re sure all over this. But even if you’ve never heard of the band, the book stands as one of the best ways to experience being in a tight, cohesive band. You get everything except the sweat, spilled beer, and blood. It’s a fun ride, and the closest thing possible to getting in the van with these guys.

Here, just for kicks, is a show from CBGB’s, circa 1991. Listening with fresh ears, I find their music has aged better than that of most other bands of the era.