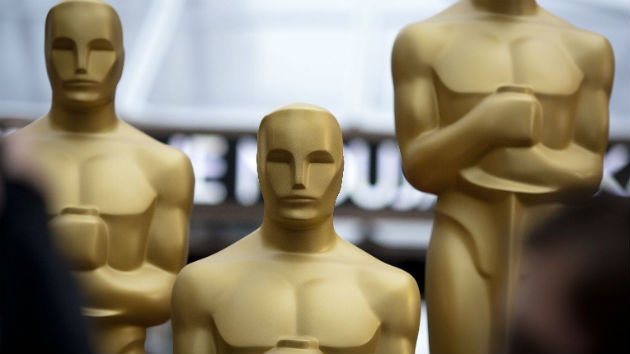 Good news, everyone! You’ve arrived at the Mother Jones Oscars Live Blog, 2014. We’ll start around 8:30 p.m. EST tonight when the 86th Academy Awards ceremony gets underway on ABC, so sit tight. (We will not be blogging the red carpet broadcast, which starts at 7 p.m.)

First off, here are some lists you might find useful:

We’ll be updating this throughout the night here:

12:00: 12 Years a Slave wins Best Picture. In his acceptance speech, director Steve McQueen dedicated the award to everyone who had endured slavery and to the tens of millions of people still in slavery today.

11:38: Alfonso Cuarón wins Best Director for Gravity. Here’s a “reporter” asking the director last year if it was hard filming the movie in space:

11:30: 12 Years a Slave wins Best Adapted Screenplay, and Her wins Best Original Screenplay. Here’s when I asked Her writer/director Spike Jonze him if making the film made him want to marry or have sex with to his iPhone.   —AS 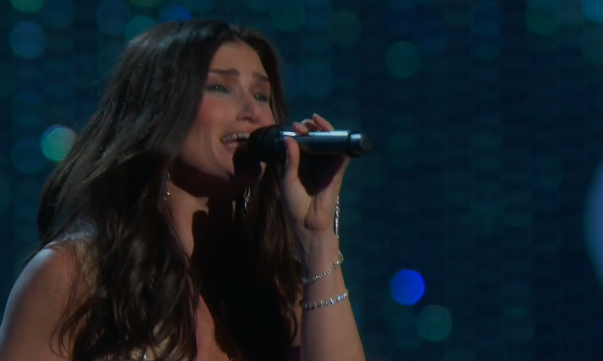 11:01: The Oscars did their annual tribute to the people Hollywood and the film industry lost since the last Oscars ceremony. This includes Paul Walker, Philip Seymour Hoffman, Shirley Temple Black, and Peter O’Toole.

10:42: Well, that was fast. @TheEllenShow beat @BarackObama for the record for most retweets. History made, America. Everyone remember where you were when it happened.

10:38: P!nk performed “Somewhere Over the Rainbow.” She wasn’t bad. But here’s a better version of the classic:

10:33: Gravity wins for both cinematography and film editing. Seems about right:

Thanks @TheEllenShow haha we were actually starving!!! #pizza #oscars pic.twitter.com/yXxfmNseNk

10:29: While presenting on-stage with Amy Adams, Bill Murray gave a shout-out to the late Harold Ramis. Here’s Ramis’ great advice to young filmmakers (or anybody, really).

10:17: Lupita Nyong’o wins Best Supporting Actress for 12 Years a Slave. The Academy got this one right. Check out her interview on Jimmy Kimmel:

10:06: Ellen went into the audience and got some famous people together to take this selfie: 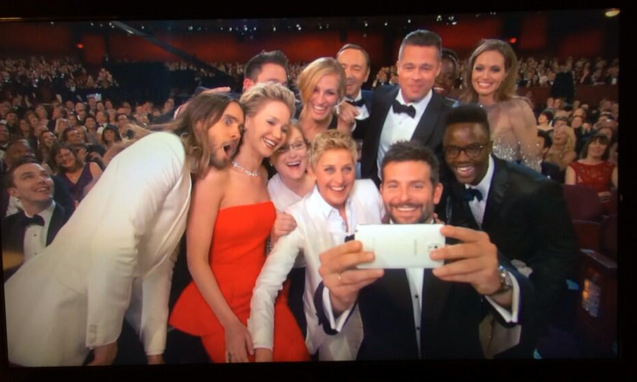 She said she wanted this to break the record for most retweets, a record currently held by @BarackObama.

There was another important group selfie this weekend—this “Presidential Selfie.”

9:56: U2 performs “Ordinary Love,” their song for Mandela: Long Walk to Freedom. Here’s the song:

9:46: Kevin Spacey did his House of Cards voice on-stage. 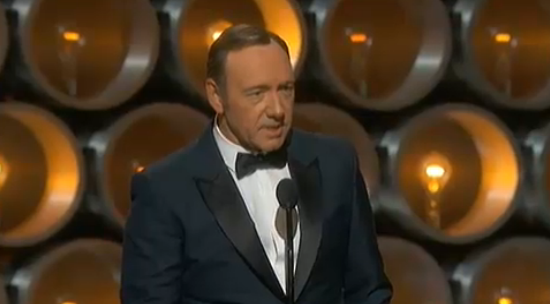 9:41: 20 Feet From Stardom wins Best Documentary Feature. If you ask me, The Act of Killing was completely robbed—it made the kind of human-rights impact that most documentarians can only dream of. —AS 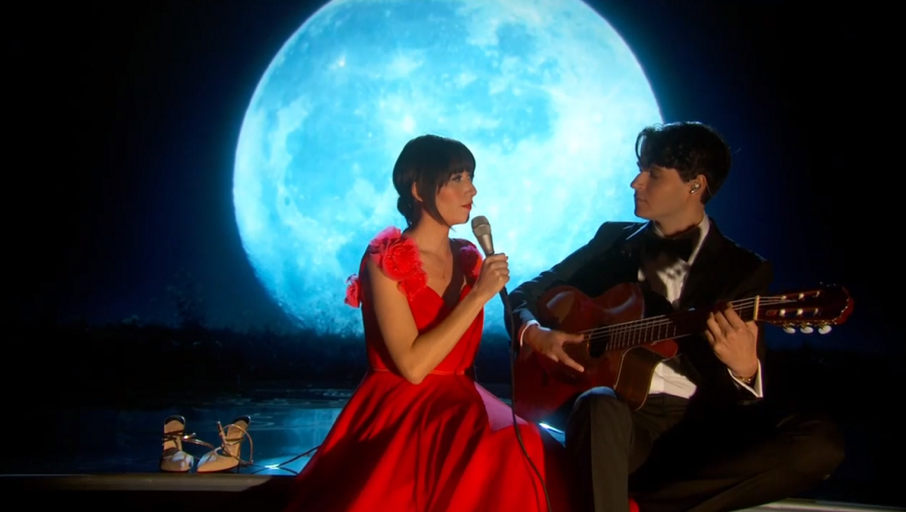 9:01: Ellen took a selfie during her Oscars hosting gig, by the way:

8:57: Pharrell Williams performed his Oscar-nominated song “Happy” (from Despicable Me 2). Here he is dancing with Meryl Streep during the performance:

Image via Cine Premiere. —AS

8:46: Jared Leto wins Best Supporting Actor for Dallas Buyers Club. During his acceptance speech, he gave a shout-out to the people of Venezuela and Ukraine (Venezuelan protesters indeed asked Oscar winners to speak up and raise awareness during the awards ceremony broadcast). —AS 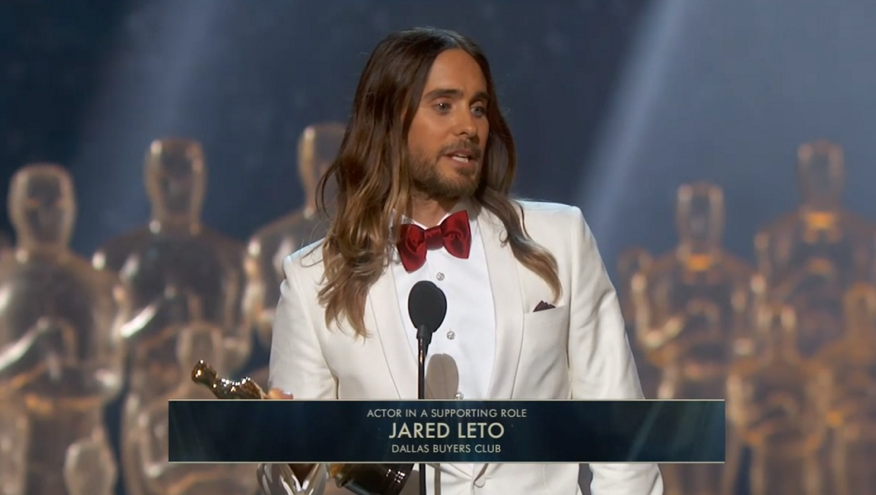 8:38: Host Ellen DeGeneres makes jokes about, but not limited to, Jonah Hill’s penis: 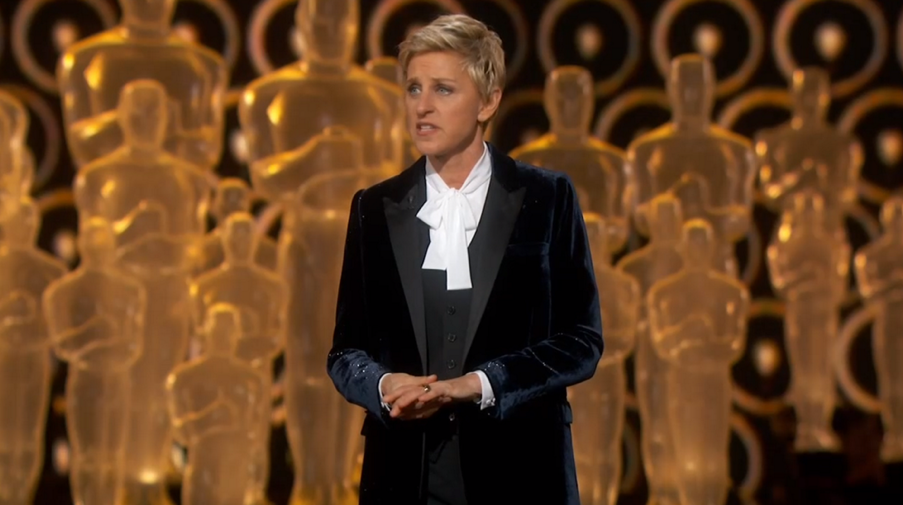 It was a less musical intro than last year’s. —AS