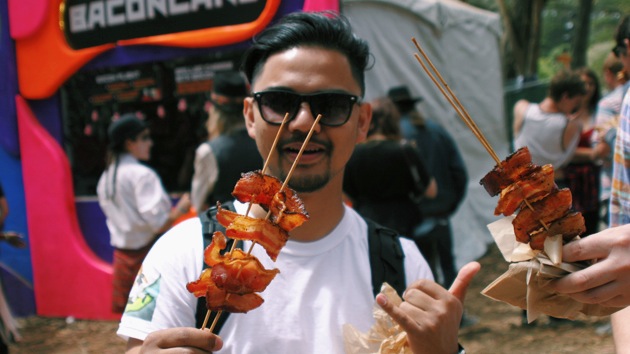 For the seventh straight year, the Outside Lands Music and Art Festival took over San Francisco’s Golden Gate Park this past weekend for an extravaganza of wine, beer, shopping, all manner of hip food, panel talks with chefs, and comedy shows. Oh, and there was also the music, increasingly just one draw in the overall festival experience. Thousands of party-seekers and music fans showed up for what was considered one of the most expansive—both in sheer size and range of offerings—OSL fests ever. It may not be a national event like Coachella, Bonnaroo, or Lollapalooza, but it didn’t lack big-name entertainers (Kanye West), rock legends (Tom Petty), or indie darlings playing afternoon sets. The attendees—200,000 in all—were locals and out-of-towners alike, old and young, costumed and non-costumed. We talked with some of them to get a sense of the pulse. 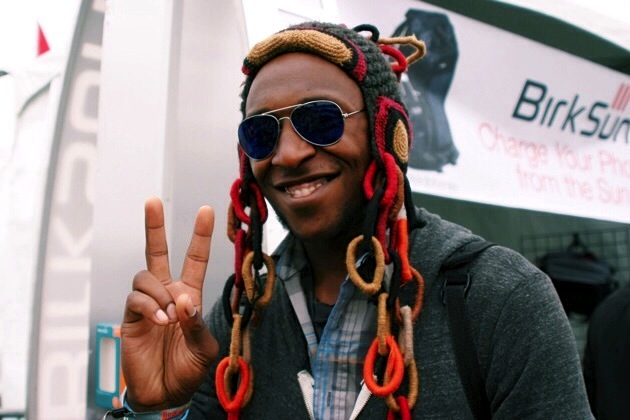 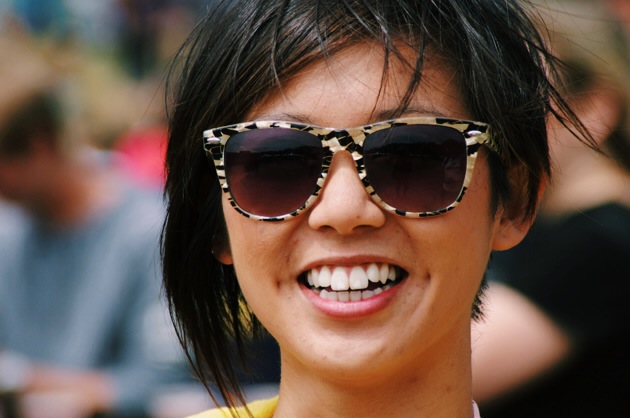 Dre, animal nurse, Oakland: “Outside Lands is definitely one of those things you love and you hate, because it’s so crowded, but the lineup is so good.” On her Pikachu suit: “My friends and I all have our own onesies. We roll phat.” Prashanth Kamalakanthan 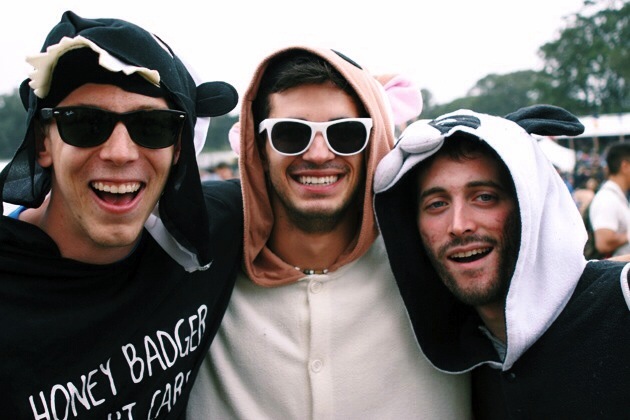 Taylor, Adam, and TJ, from San Francisco: “I think we came more for the experience. Excited for Tycho, Boys Noize, Duck Sauce. And Macklemore. Everyone. I’m excited for everyone!” Prashanth Kamalakanthan 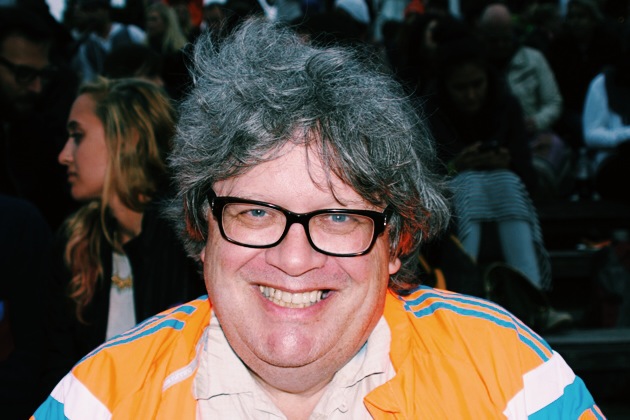 Robert, healthcare co-op owner, San Francisco: “It’s really different from my first concert, which was Woodstock in 1969, where there were no services whatsoever… I like the enthusiasm of the young folks who are here, it’s infectious!” Prashanth Kamalakanthan 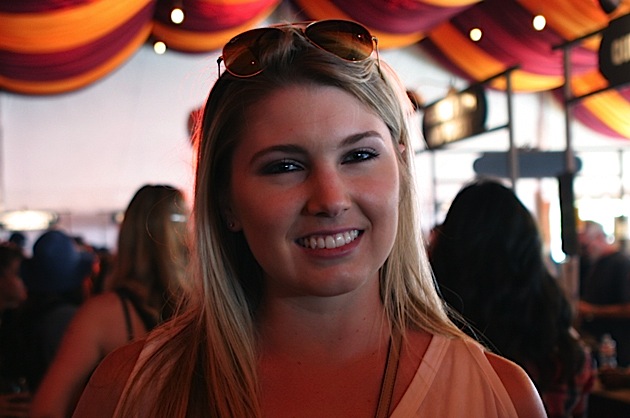 Britney, student, Los Angeles: “I love wine. I’m like a wine connoisseur, and being able to be at a festival as a 21-year-old, on top of all the great music and art stuff, to be able to enjoy some wine as well is like the best thing.” Prashanth Kamalakanthan 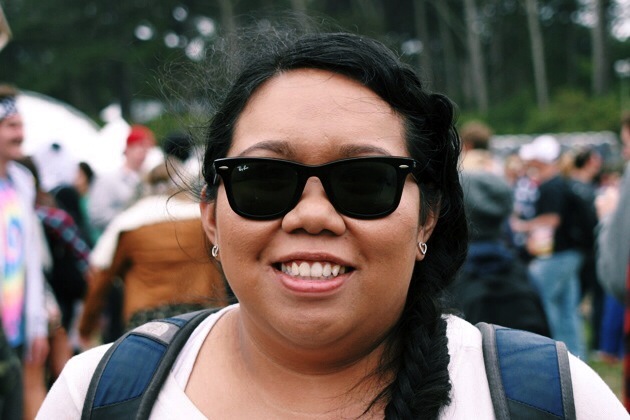 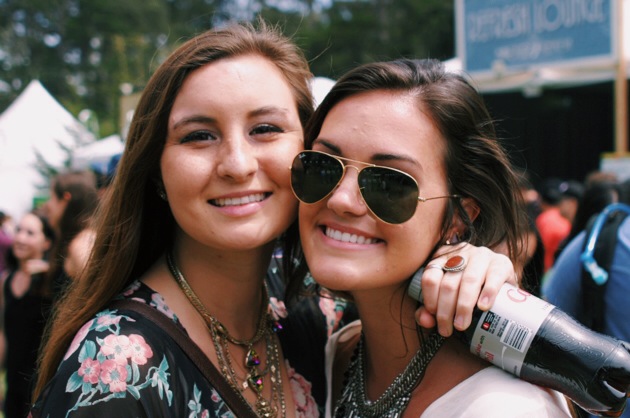 Jenae and Summer, students, Burlingame, California: “It’s so much different from last year—there’s so many more people. It’s packed. The lineup was better last year, but it’s still equally fun. It’s like an experience, the whole vibe and everything.” Prashanth Kamalakanthan 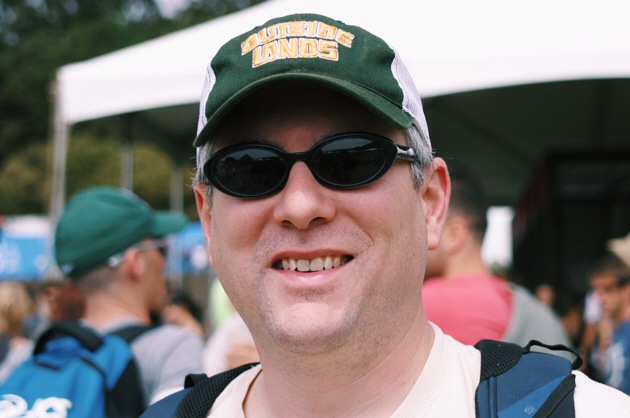 Tom, business intelligence professional, San Francisco: “I live like three blocks away. I usually try to at least make one day a year since I’m so close. I just walk down the hill and I’m here. The lineup I wasn’t as impressed with, but it’s always a good time.” Prashanth Kamalakanthan 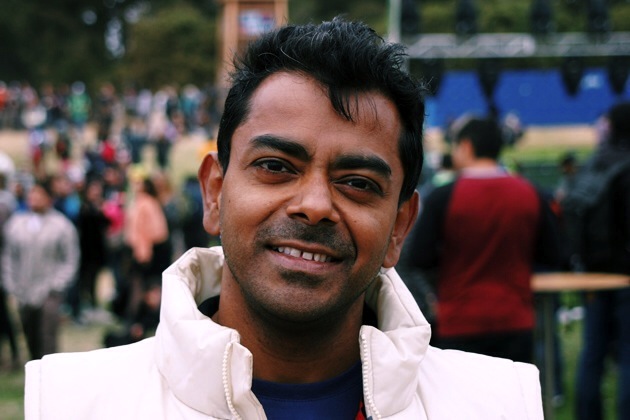 Ranjiv, an Outside Lands first-timer: “This festival is so nice. It’s so much better than all the other festivals. The people are so much better. The music is quality. I’m lovin’ it.” Prashanth Kamalakanthan 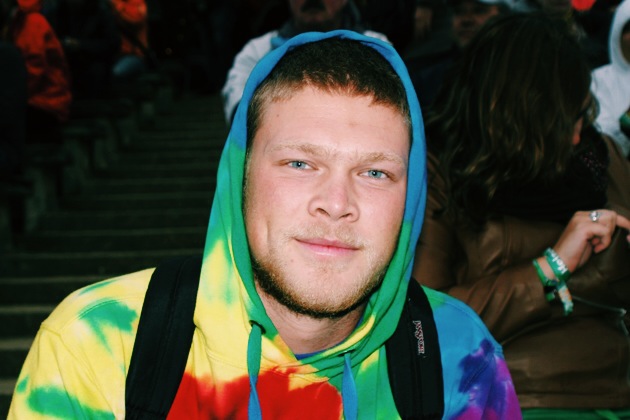 Michael, elementary school worker, Los Angeles: “I’m sticking around for Tom Petty. My mom is with me; she loves it. Gonna stick around for Flume—he’s my favorite artist—and catch a flight home in the morning.” Prashanth Kamalakanthan 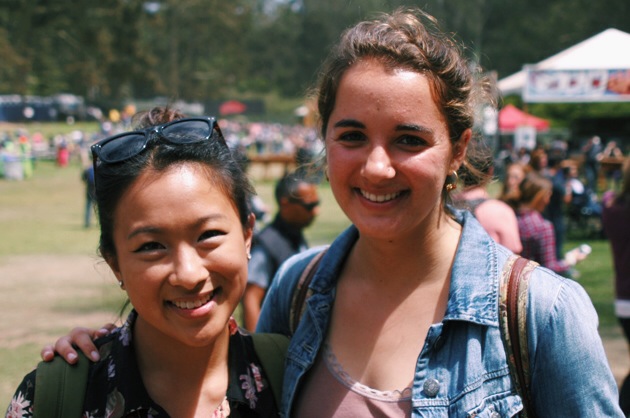 Mika and Natalie, from Cupertino and New York City: “We’re here for the summer and thought it’d be cool to check this out.” Best thing they saw: “Two super happy bunny-costumed people plowing through the crowd.” Prashanth Kamalakanthan 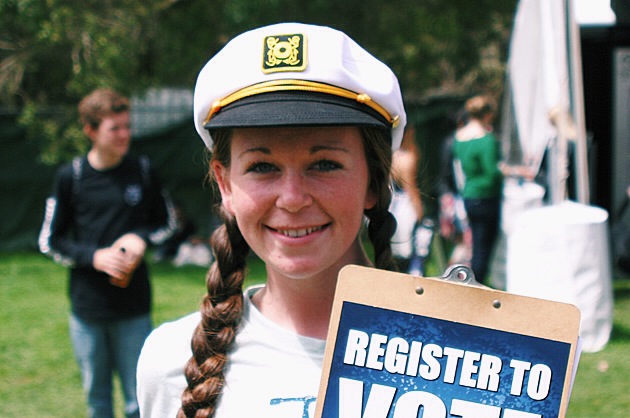 Tessa, voter registration canvasser, on the hundreds signing up to vote at OSL: “It’s the really happy people, the people we want to have voting.” Prashanth Kamalakanthan 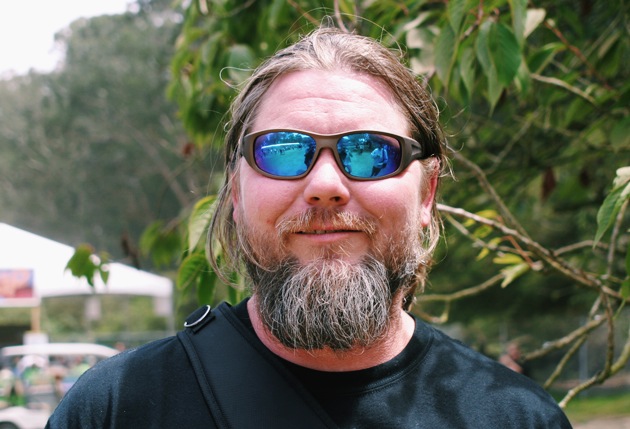 Jason, deliveryman, Atherton, California: “It’s definitely not as great as a lineup I’ve seen in the past. It’s definitely just as crowded. I just saw the improvised Shakespeare troupe. They were amazing.” Prashanth Kamalakanthan 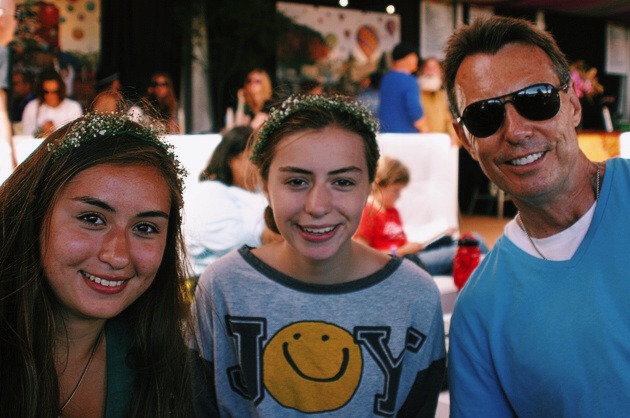 Monty and his daughters, Portland: “It’s their first music festival. I’m corrupting them. So, you know what, their mom will complain forever because now they’re gonna love music festivals.” Prashanth Kamalakanthan 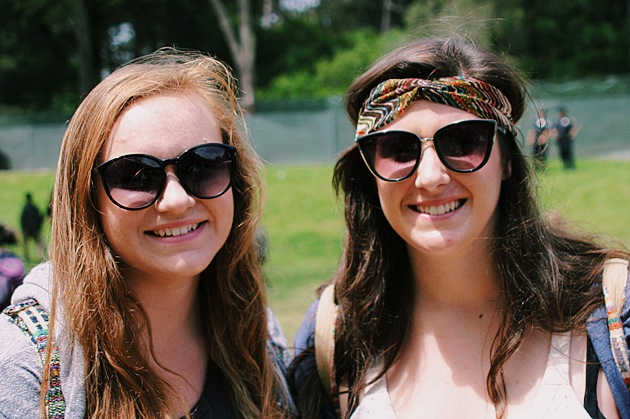 Kerry and Erin, from Reno and San Francisco, on their favorite sets: “Capital Cities was really good. Arctic Monkeys were really good, too. ” Prashanth Kamalakanthan