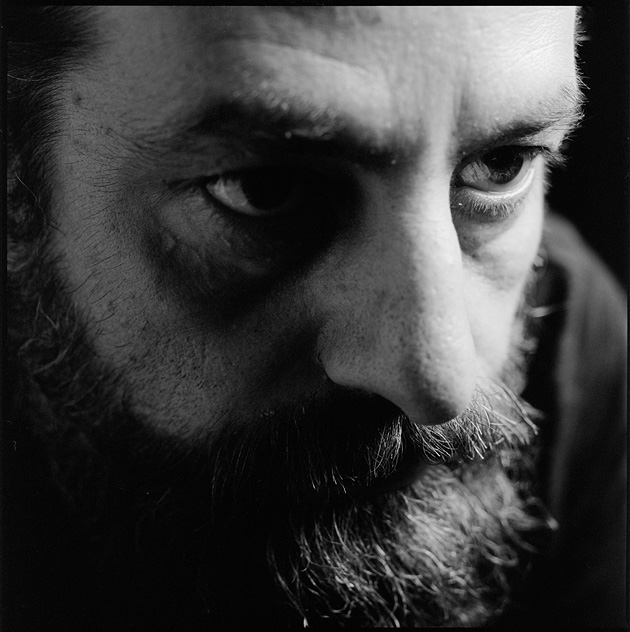 Sean Rowe began his music career 10 years ago in his hometown of Troy, New York, playing covers in bars for a living. Now based in Woodstock, Rowe (rhymes with Tao) is still known for his emotive interpretations of other people’s songs at his live performances, which are as likely to happen at a private house concert as a club or festival stage.

Tomorrow, Rowe releases Madman, his third album on ANTI- records. The songs—while mixing elements of his early influences of soul, early rock, and slide-guitar blues—often feel more like incantations calling for deeper awareness, reflection, and personal connection. The video for Madman‘s title track is a good introduction into his world, a humble and unvarnished road diary of the people he meets, the living rooms he visits, and the walks he takes in the woods. I spoke with and photographed Rowe in Brooklyn. The following is in his words:

“When I was younger, I liked to think that I was leading some kind of esoteric existence.”

If I really sat and analyzed what it is I’m doing, I would be exhausted just thinking about it. Because it’s a lot. Sometimes I want to tour everywhere and just perform and that’s all I want to do, and then I remember, “Oh yeah, I have a family and that’s the most important thing in the world to me, and I want to get that down right.” I love being a dad, I feel like I’m really good at that. But it requires a lot of energy to be a really good parent—being present, which I feel like I’m really struggling with, being away a lot. Balancing all that is just mad. That’s kind of where the song “Madman” came out of. I put a lot of myself into the record this time around.

And the city has a way just to make you forget,
about half the stuff you love and things you don’t know yet.

That was the first line. I sat on the song for four years. I had the line, and I had the chord progression, but it never finished itself. You gotta wait until it comes out. I realized after some time what the song was really about. The city life—I don’t think we’ve quite evolved to live that lifestyle. As exciting as it can be, and as great as the idea-sharing possibilities are, I don’t think physically we were made to walk on pavement and to be as absent-minded as the city can make you. It creates a certain mentality that is only good if you are dealing with the laws of modern society. It’s not really a universal feeling. I think it can be distracting; it can take you away from a real lasting sense of place.

When I was younger, I liked to think that I was leading some kind of esoteric existence, dreaming of being some kind of hermit or vagabond wandering into the woods to live off the land. But touring has showed me so many different kinds of lifestyles that are equally valid. People are people—some good, some bad. I don’t think that what I do is particularly virtuous other than I think it’s important to get in touch with your surroundings on a very basic level. Although there is spirituality in it for me, I think it is just a good practice to be aware of your neighbors, not just people, but plants and animals. It gives you a better feeling about everything. I think everybody can relate to that. I left my phone at the gig last night, and my wife and I were joking that it was God’s way of forcing me to be quiet for a little bit.

The house concerts are “a pretty raw experience… There’s really no pretense, there can’t be.”

What I’m doing with the house concerts is about connecting with the fans in a direct way. House shows are pretty intense, just by the nature of the way they work. They aren’t open to the public. The people who contact me to do them are really big fans and they just have all their friends and their family come. Most of the people have never heard of you before and usually I’ve never met the hosts. And the first time they’re seeing me play is in their living room. It’s a pretty raw experience. It’s a beautiful thing, though. Music has a way of breaking down a lot of walls. It takes away the awkwardness pretty quickly and gets you in the door. One of the great things is really getting to know people, seeing what they do for a living, how they got to where they are. There’s a lot of humility in it. There’s really no pretense, there can’t be.

When I started out playing in bars it was primarily to pay the bills, because bars were the only places that would pay. That means having to play a lot of cover songs, because people want to hear what they already know. But I had always chosen the covers that I loved to play. I don’t have to play covers now, but I enjoy doing it, because if I can bring something different to it and keep the intent of the song intact, then I’ll do it. For example, I cover a song by Richard Thompson called “1952 Vincent Black Lightning,” which is one of those songs that you really don’t touch. I think that I play it because I can keep the emotion alive that was intended.

Songwriting “is like a comedian who knows something will be funny but he can’t really prove it yet.”

Everything is up for grabs in songwriting, It doesn’t matter if you’re in the woods or a high-rise apartment, you have to be open to every kind of experience to be a good writer. My baseline lifestyle is centered on trying to live as naturally as possible. It just feels really good; it’s not the kind of thing you need to over-explain. I’ve learned not to force what I do onto other people, but for me it’s really exciting to get out there and harvest wild food and spend time in nature.

I don’t think about it too much when I’m in the process of writing. I’ll certainly try to wrap myself around the song as much as possible, but once the song is done, it has a way of becoming more than the sum of its parts. And then it just becomes the song as a whole entity. It’s like a comedian who knows something will be funny but he can’t really prove it yet; he can take something small and seemingly insignificant that he knows must be happening to everybody else, too. It’s a lot like that in songwriting, you just trust that this stuff happens to everybody. 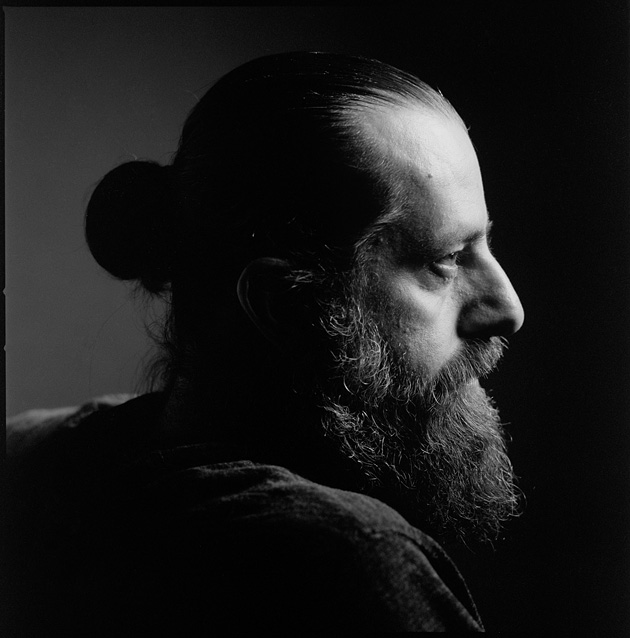 “Contact” is a series of artist portraits and interviews by Jacob Blickenstaff.