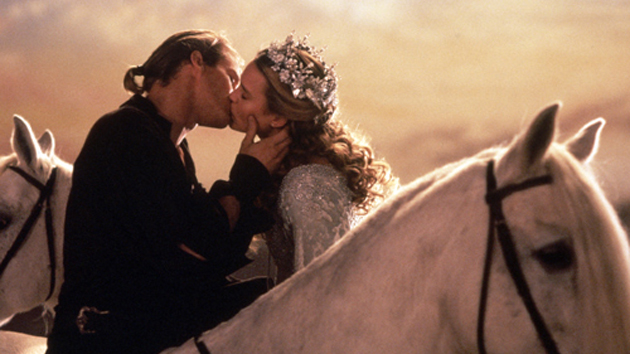 A purple-haired woman stops in front of the actor Cary Elwes’ table among the shelves of San Francisco’s Book Passage.

“Can I just say, ‘Thank you for my childhood?'” 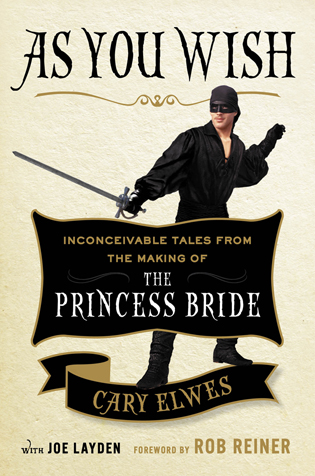 If Elwes were slicker, or perhaps more full of himself, he might have responded with “As you wish.” That’s the catchphrase of Westley, the swoony farmboy turned pirate he played in The Princess Bride. It’s also the title of the book he’s here in town to sign, in which he describes the making of the 1987 fantasy film.

But Elwes—whose British accent is noticeable even after years of living in the States—simply thanks her for watching. Later he’ll tell me he tries to avoid cribbing Westley’s lines in real life.

As Princess Bride fan encounters go, that one was pretty tame. Because something about the film’s blend of offbeat humor, swashbuckling romance, and period costume seems to inspire obsessive behavior.

“I met this one very sweet girl who lifted up her hair and she showed me this tattoo on the back of her neck. It was calligraphy of these three words,” Elwes says, pointing to his book’s cover. “And I said, ‘That’s very nice.’ And she said, ‘Thank you. It would be even better if you signed it.’ And she handed me a Sharpie. I said, ‘Well, uh, I don’t know, I’m not sure about that.’ And her mother was standing right there, and her mother went, ‘Yes, yes, you should, absolutely.’ If the mom said yes, who am I to say no? So somewhere, God bless her, she’s walking around with my name on her neck.”

And then there are the weddings. Brides and grooms in full medieval garb with cakes in the shape of swords. Buffet tables full of peanuts, in honor of the gentle giant Fezzik’s rhyming skills. Ministers who mimic the lisp of the Impressive Clergyman, ordained specifically to join Princess Bride obsessives in holy matrimony. Elwes says he’s been invited to quite a few of these events, but he never attends.

“I feel like I would sort of take away from the proceedings if I showed up, you know?” he says. “It would be less about their day.”

“As you wish” will probably be inscribed on his gravestone, Elwes says. And he’s okay with that. Considering that the screenplay passed through the hands of two studios and was declared “unmakeable” before Rob Reiner cast him, and that it didn’t do particularly well at the box office (“We opened the same weekend as a little film called Fatal Attraction,” he says), he’s pretty pleased with how things turned out.

Marketing challenges may have hindered film’s initial popularity. Its mixture of genres didn’t compress easily into a two-minute trailer. And the film posters “bizarrely featured a hawk and” Elwes reminds me, “an Arnold Schwarzenegger lookalike from Conan the Barbarian.”

It wasn’t until The Princess Bride came out on videotape (remember VHS?) that it really found a following. The moment Elwes understood what a hit it was came in a Manhattan restaurant almost a decade after the original release, when he ordered a steak medium-rare. “As you wish,” the waitress replied.

When Andre the Giant passed out in a hotel lobby after too much cast partying, the staff couldn’t move him, so they put up a velvet rope barrier until morning.

It’s a particular point of pride for Elwes that other Brits seem to have as much affection for the movie—which was filmed in England—as Americans do. “Usually when Americans come and shoot a British film, it has more of an American flavor, and the British historical aspect oftentimes makes British people cringe,” he says. “But this is one film that even my fellow countrymen really were very impressed with.”

Interviews with other cast members helped fill out Elwes’ memories of being on set. Some of the facts they revealed surprised him. For example, he hadn’t realized that Wally Shawn, who plays the Sicilian criminal mastermind Vizzini, spent the whole film worrying that he was about to be fired. He also had forgotten that some of the scenes in which he fences—he practiced 40 hours a week with Olympic trainers to master the swordplay—were totally improvised. “That was a highlight for me,” he says. “It’s a real art form.”

Andre the Giant, who played Fezzik, looms as large in the book’s anecdotes as the 500-pound, 7′-4″ wrestler did in real life. Elwes describes how after a night of heavy drinking, Andre once passed out in the lobby of a prestigious hotel. The staff couldn’t move him, so they put up a velvet rope barrier and left him there until morning.

Andre also played a role in the one on-set moment that Elwes regrets. After days of watching the giant zip around on an ATV—Andre’s back hurt too much for him to scramble around the hilly English countryside where the shooting took place—Elwes couldn’t resist when his fellow actor offered him a turn. Within minutes, Elwes was on the ground with a broken toe—which made his subsequent action scenes a painful endeavor.

In general, though, Andre was a pleasure to work with. “He’d give you the shirt off his back,” Elwes says. “And it would be enough for five people.”