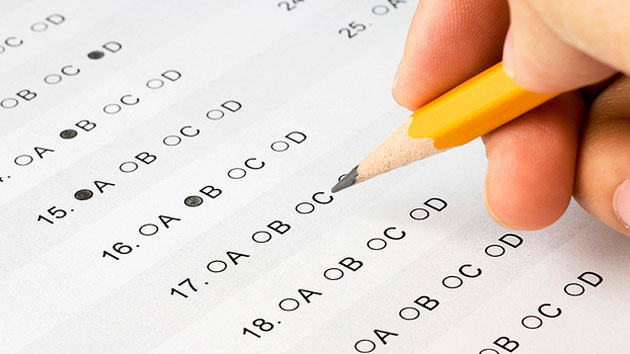 On the second day of school, instead of playing get-to-know you icebreakers, the students in Room 202 were hunched over worn test booklets filling in bubbles on Scantron sheets. At the time, Michigan, where I taught fifth grade Language Arts and Social Studies from 2010 through 2013, administered its annual tests in October. In a desperate attempt to raise its scores, the underperforming school where I worked announced that September would be dedicated solely to test preparation. What made this mandate unusual was the way it was enforced: Fearing dissent, the superintendent decreed that students would return to their homerooms from the prior year, pretty much stepping back a grade, for the first month. 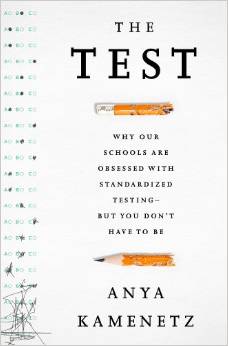 If you’re contemplating ways to suck the spirit out of a school, this is an effective one. Studies have shown the importance of the first few weeks of school for fostering relationships and building motivation in children. Instead, we were forced to take a route that was sterile and demoralizing—a school-wide lobotomy, if you will. Each morning my former students would trundle into my classroom to submit to an onslaught of questions whose responses were restrained to an A,B,C,D paradigm that rewarded compliance and rote memorization at the expense of creativity and critical thinking.

“This is wack!” Ashton, a chubby sixth grader with a habit of speaking out of turn declared amid one of our many drills. “Ms. Gross, this question doesn’t even make sense!” After hushing his giggling classmates and reminding everyone that they only had two more minutes before “pencils down,” I looked over the contentious question. Ashton was right. Depending on how you interpreted it, there were at least two potential right answers, but only one that would work-work. Smiling, I told Ashton to try and pick the one that made the most sense to him. Instead of complimenting this 11-year old on his ability to think analytically, I gave him ambiguous, impersonal feedback—which at the time felt like the only appropriate response to a question about an ambiguous, impersonal test.

So who’s to blame for this scenario—or any of the countless frustrating testing scenarios a teacher could tell you about? Select the best answer and fill in the appropriate bubble with a No. 2 pencil. (Even though many state tests are now administered by computer.)

A. Administrators and staff who neglect children’s learning needs in favor of a “teach to the test” approach?

B. Testing companies that create confusing multiple-choice questions and have a financial stake in maintaining the testing status quo?

C. The states, which spend an average of $27 per student on testing—which encourages a fast-food approach to learning: a cheap and not necessarily satisfying or informative experience?

D. George W. Bush’s 2001 No Child Left Behind (NCLB) policy, which ushered in an era of high-stakes testing by holding schools to the awesome but unrealistic expectation that all students would be 100 percent proficient in math and English by 2014, and then holding schools accountable by tying Title I federal funding to test scores?

E. President Obama waivers that release states from the strict restrictions of NCLB’s Adequate Yearly Progress goals but which do ask states to tie teacher evaluations to test scores?

G. All the above.

While the answer is technically G, it also cannot be boiled down to seven multiple choice options—let alone four. America’s testing zeitgeist is complicated and nuanced and, like any thoughtful assessment, requires a complete unpacking with space for overlaps and contradictions.

“The people that build these tests are really great scientists, some of them, and they didn’t mean for the tests to be attached to all these consequences.”

That’s where The Test, the latest book by NPR education blogger Anya Kamenetz, comes in. Kamenetz does the heavy lifting for us, deftly deconstructing America’s education landscape and the perverse incentives that amplify our obsession with assessments. In the first half of the book, she gets readers up to speed, breaking down the history and policies that led to our current predicament. In the second, she offers solutions for parents and teachers who want to stay above the fray. “I think it’s important for parents to realize that their kids don’t have to take all the tests, and there are a lot of tests that you can sit out without many consequences,” she told me. 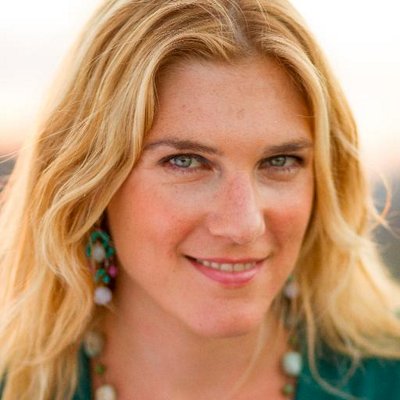 Kamenetz is quick to point out that she’s not against accountability or metrics. Rather, she’s interested in improving the ways we hold schools and teachers accountable—specifically by being more critical, humble, and curious when it comes to evaluating how we test, the data we collect, and how we use it. “Big data is very popular,” she says. “People like the idea of making objective decisions that are data-driven, but if you’re going to put so much emphasis on data, you have to be sure that the data you’re choosing is good. And you have to be very clear about admitting its limitations…The psychometricians, the people that build these tests, are really great scientists, some of them, and they didn’t mean for the tests to be attached to all these consequences.”

By digging in with the individuals who create the tests and the testing policies, Kamentez manages to humanize a subject that’s dry and wonky by nature. We’re reminded, for example, that the architects of No Child Left Behind had good intentions. Indeed, it’s easy to forget the bipartisan support the policy garnered early on because of its goal of decreasing the achievement gap between black and white students. Asking states to break down test data by subgroups such as race was intended to make it harder for struggling kids to fall through the cracks.

“This was a way of saying we care about their performance and we’re not going to hide it behind the average for a school,” Kamenetz says. “This country has high levels of inequality, persistent levels of poverty, and a really painful racial past that is at the forefront of lot of people’s minds right now. The promise that we could address those [problems] by improving educational services, that somehow whatever happens between 8 a.m. and 3 p.m. on a school day is going to erase the legacy of poverty, the legacy of racism in this country—that is something that is very seductive to a really wide range of people.”

“It sometimes seems in education, especially K-12, that nothing ever really changes…but things can change pretty quickly.”

Alas, as I witnessed with Ashton and his peers in Room 202, good intentions can be distorted. Because test scores can result in grown-up consequences like school closures, layoffs and budget cuts, my students were forced to sit through ‘teach-to-the-test’ styled lectures and forgo the excitement of a new school year. And it’s not just schedules that are getting reshuffled in the name of the tests, budgets are being reworked as well. At my school, students had to take additional district assessments three times a year, and since there weren’t enough computers, the middle-school kids were bused to a nearby computer center at a cost of $17,900—money that could have been put toward an arts program or a part-time social worker. It’s just a small illustration of how a test-centric model can skew priorities and lead to kids missing out or even still slipping through the cracks.

The Test couldn’t be coming out at a more critical time for public education. The book’s release was originally pegged to the fact that 44 states will be taking Common Core-aligned “accountability tests” this spring. (These more-rigorous new exams are expected to result in proficiency drops that have been dubbed the “Common Core Cliff.”) But the bigger news is that Congress is looking to reauthorize No Child Left Behind and loosen some of its restrictions—it could, for example, eliminate the mandatory state testing requirement at the crux of the 2001 policy. How this will fit in with Common Core is anyone’s guess, but mere talk of such a bill is already reviving debate around testing and accountability.

While it’s difficult at this point to imagine a world without standardized tests—even people who decry overtesting tend to use poor test scores as evidence of why teaching to the test is ineffective (talk about meta)—Kamenetz points to her 2010 book, DIY U, which looks at the rapid transformation of higher education. “One of the reasons I feel hopeful is the enormous amount of attention that’s starting to be given to what are called social and emotional skills or mindsets, what I call ‘Team Monkey’ in the book,” she told me. “It sometimes seems in education, especially K-12, that nothing ever really changes because we are still having the same debates that were having 150 years ago about poor kids, about opportunity and all these types of things, but things can change pretty quickly.”

How, in a mere 30 years, we became a nation obsessed with standardized tests could be a good example of that.