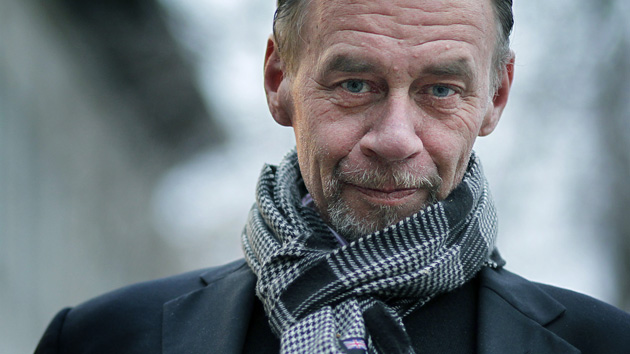 David Carr was a bundle of genius wrapped up in the most unlikely packaging. Once, when I was working at the Washington Monthly, he stopped by our scruffy, roach-infested Dupont Circle headquarters for a visit. He didn’t get three feet into the office before another editor physically tried to shove him back out the door. He thought Carr was a homeless person who’d wandered in off the street. Steve Pomper will never live that down, but Carr and I had a good laugh about it. But that was the thing about him, especially as the wheels really started to pop off his battered body: The disguise was deceptive.

Behind the guy who often looked like a derelict was a formidable intellect and an unmatchable gift for language. Carr hired me to work for him at Washington City Paper. Even today, I can re-read my old clips from my days at City Paper and identify the brilliant one-liners that were all Carr. The “jackknife of joy” and other Carrisms that found their way into my stories have become like code words for those of us lucky enough to be in his tribe.

Carr has been a steady figure in my life for 20 years. For someone who had had such a messy personal history, he was a rock as a friend. Even after he launched into media superstardom, and it seemed he knew just about everyone worth knowing, he was always there when it counted. When I got engaged to my then-editor, Erik Wemple, Carr was the very first person we told. He was in my wedding, and gave the appropriately off-color rehearsal dinner toast. When my mother-in-law dropped dead in the supermarket unexpectedly, he was there for the funeral. He scheduled his whole summer last year to make sure he could be around to celebrate Erik’s 50th birthday. He loved my children and they love him.

In spite of the manic pace of both his work and social life, David knew what was important. He was fiercely loyal and just generally fun to have around. Loud and outspoken, he was never afraid to put his foot in his mouth—what he called his “social autism.” Two summers ago, at a lake in the Adirondacks, I introduced him to a coworker and her husband, who was wearing a life jacket on the beach. Carr razzed him mercilessly about sporting the vest on dry land—only to learn later that the guy couldn’t swim. He’d try speaking his loud, terrible Spanish to a street vendor, only to be told later that the vendor was from South Asia. At those moments, he could laugh at himself, and no one ever held those sorts of things against him because Carr’s gaffes were invariably accompanied by such enthusiasm and effusive interest in whomever he was talking to at the time it was impossible not to love him.

To this day, I don’t even know where Carr went to college, which is unusual for anyone who’s spent any time in Washington. He might have liked to drop a few names, but Carr was the ultimate anti-snob. As someone who also has a forgettable college record, I loved that about him. Carr was brilliant, but he also got where he was with agonizing hard work, and working smarter than everyone else, not because of his pedigree or other credentials. That work ethos and determination carried over into his personal life.

Even though he was a physical wreck and a chain smoker, he continued to go on regular bike tours organized by his good friend John Otis. The last trip, in the Adirondacks, he did in spite of a set of ribs broken after falling off his bike in a training ride. For years, I’d wondered how he managed to keep up with the far fitter cyclists he traveled with. I thought maybe he was simply fueled by competitiveness and his determination to keep going in spite of his failing body—a defiant “fuck you” to his own mortality. To an extent, that was all true. But a few years ago, I learned the real secret.

In 2011, I went to China for a visit, and Carr, a man with a friend in every port, hooked me up with his buddy Ruthie, who lived in Shanghai. Over dinner, Ruthie, who’d been on several of the bike trips, disclosed Carr’s secret: He got a head start. Carr would get up and hit the road several hours before the other guys so he could keep up. If anyone had ever wondered how someone like Carr, with his history of addiction and jail and all the other stuff, ever made it to the top of the media pyramid, this story seemed to sum it all up nicely.

Over the past few years, Carr has had a bit of a haunted look about him. He’d lost weight. His health problems seemed to be dogging him more. I think everyone who knew him well recognized, at least subconsciously, that Carr was not going to be on this earth long enough to need a rocking chair. But I think we also had some collective denial about his mortality. To use a cliché he wouldn’t approve of, Carr genuinely was a force of nature. I think maybe we assumed he could go on like that forever, pulling the all-nighters, smoking, drinking gallons of coffee, working like a fiend, and talking, talking and talking. But of course, he couldn’t. And so here we are, devastated, grieving, missing our irreplaceable friend. I think Jake Tapper spoke for a lot of us who knew and loved Carr when he wrote in an anguished tweet today, “What the hell are we going to do now?”