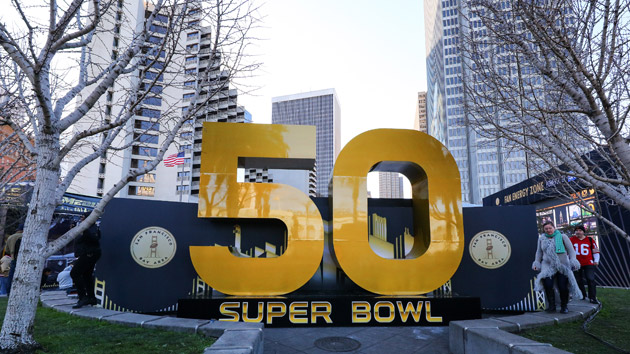 Along San Francisco’s Embarcadero, right in front of the restored Ferry Building, a fan village known as Super Bowl City is expected to draw at least 1 million visitors this week. Super Bowl Host Committee officials project that San Francisco will finish in the black after the nine-day event, which they say could generate anywhere between “a couple hundred million to $800 million” in economic output for the city. What’s more, a PricewaterhouseCoopers study projected that the Bay Area could see at least $220 million in direct revenue from business during the Super Bowl, the most ever.

But where do those numbers come from, and how accurate are they, really? We reached out to two economists who study the impact of mega sporting events, and their assessment was less than rosy. Here are some takeaways:

Every year, the same studies come out. Every year, they’re wrong. When the NFL and its host committee estimate the event’s economic impact, they tend to forget how the city operates before the event, says Andrew Zimbalist, an economics professor at Smith College. For example, San Francisco’s hotel occupancy rate typically has hovered around 90 percent in February. So when Super Bowl fans flood area hotels, they’re likely just filling spots that would have already been filled. Additionally, residents can be reluctant to visit the Super Bowl City area over fear of traffic, congestion, and increased security, displacing typical economic activity and leaking money out of the city. Notably, on Super Bowl City’s opening day, only 7,000 people showed up.

“I’m expecting next year they’re going to come out and say the host city is going to turn into New York City. Not really. It’s silly,” Zimbalist says. “Every year they come out with the same stuff. The studies that they do are based on a false methodology and unrealistic assumptions.”

The host city’s Super Bowl committee usually keeps quiet about the projected economic benefits to the host city or the region. Previous analyses by university researchers, in partnership with the NFL and host committees, have measured the gross economic benefits anywhere between $400 million and $700 million. For instance, researchers at Arizona State University found that last year’s Super Bowl XLIX in Glendale, Arizona, brought $719 million of total economic impact to the state.

ASU would not release the entire study to Mother Jones under an agreement with the NFL and the host committee. But Victor Matheson, an economics professor at the College of Holy Cross who examined the study’s summary findings, told Mother Jones that researchers failed to take into account the region’s typical activity. Matheson argues that the true impact for the host city usually falls between $30 million and $120 million.

San Francisco gave up a lot to get Super Bowl City—and still needs to figure out how to pay for it. This year, Super Bowl City is 45 miles away from the actual big game, which will take place at Levi’s Stadium in Santa Clara. But San Francisco’s taxpayers are on the hook for at least $4.8 million in city services during Super Bowl week. Why? An independent budget analysis found that San Francisco did not make a formal agreement with the NFL and the Super Bowl Host Committee to receive a reimbursement for those services. Or, as SF Weekly recently put it, “The Super Bowl is here on little more than a handshake deal.”

As Zimbalist notes, $4.8 million is a small number when you consider San Francisco’s $8.96 billion budget. Still, he says, “it’s $5 million not being spent on road repairs and schools.” Or on the city’s roughly 3,500 homeless, some of whom recently relocated from the Super Bowl City area to a growing tent encampment under a highway overpass in the Mission District. San Francisco magazine counted 100 tents in the area, though homeless advocates and officials say the encampment has grown over the course of a few months, even years. A host committee official told Bloomberg News in January that the group would invest $13 million of the $50 million it had already raised in charities addressing homelessness and poverty.

“The studies that they do are based on a false methodology and unrealistic assumptions.”

Meanwhile, as part of the Super Bowl bid, San Francisco’s police, fire, and emergency management departments “signed letters of assurance to not seek reimbursement from the NFL” for providing more services during the Super Bowl—an arrangement that Matheson said isn’t unusual. (Last year’s Super Bowl likely cost the city of Glendale at least $579,000 and as much as $1.25 million in security and transportation cost overruns.) Only two departments will earn money back from the host committee—the fire department (a 6.7 percent reimbursement) and parks and recreation (100 percent). Jane Kim, who sits on San Francisco’s board of supervisors and has called the city’s non-agreement “the worst deal ever,” pushed for a last-minute bill to make the city renegotiate with the NFL, less than a week before the events at Super Bowl City were set to start.

The city’s municipal transportation agency and police department will spend a combined $3.8 million for services to Super Bowl 50 events; the transportation department will spend more than $700,000 on additional parking enforcement alone. The city will try to cover this by redirecting funds in different department budgets along with staff time from future projects “to support this extraordinary special event.” For now, some city workers will volunteer their time during Super Bowl week.

All told, it could’ve been worse. Take Super Bowl XLVIII, which left New Jersey residents with a $17.7 million tab. Or last year’s big game, which cost Glendale, Arizona—a city of 230,000 people that sets aside 40 percent of its debt to pay off sports facilities—more than $2.1 million to pay for security alone. And while Santa Clara’s taxpayers still have to deal with the public subsidies that helped fund Levi’s Stadium, the city did manage to make a deal to earn back roughly $3.6 million in service costs for the Super Bowl.

“In the big picture,” Matheson says, “this is one of the cheapest for the taxpayers that we’ve seen.”