After 18 years hustling stories for Slate, including six years as its editor, David Plotz landed in a surprising new role: chief executive of Atlas Obscura, an online encyclopedia of unusual places. Slate had published occasional articles about the architectural oddities and tiny, offbeat museums in the Atlas Obscura collection, but at the time the discovery site was no more than a blip on the radar. Still, Plotz says, its ethos—the feeling of wonder that comes with making a discovery—attracted him. “I’ve inherited a very profound, well-thought-out worldview,” he told me. “It’s much more true to say Atlas Obscura has changed how I think about the world than that I’ve changed Atlas Obscura.”

Plotz came on as CEO in 2014, but Atlas Obscura had its genesis in 2007, when science writer Joshua Foer and filmmaker Dylan Thuras co-produced a live event for followers of The Proceedings of the Athanasius Kircher Society, Foer’s now-defunct blog, which celebrated an arcane 17th-century German intellectual. Foer and Thuras launched Atlas Obscura two years later, inviting users to catalog little-known destinations around the world: a Japanese island overrun with cats, a crater leaking flaming natural gas in Turkmenistan, a Buddhist temple devoted to insects that died for science. 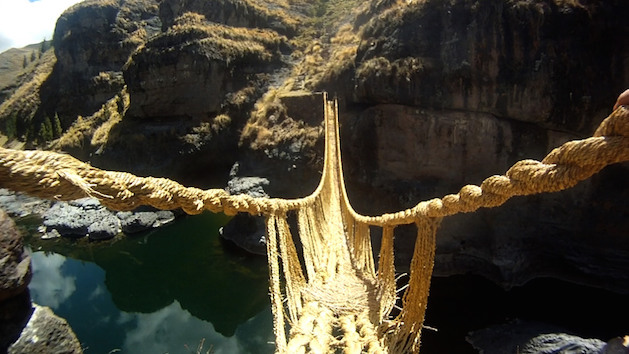 While the project has expanded to include professionally written articles and even a hard-copy travel guide to be published in September, live events are still part of the website’s DNA. On its annual Obscura Day (Saturday, April 16 this year) devotees will host more than 200 group activities and excursions to some of the Atlas‘s more accessible sites around the globe. For the occasion, we asked Plotz to give us a closer look at his new baby.

David Plotz: Our belief that discovery and exploration don’t just belong to Richard Branson—rich people who can afford to go to the top of the Himalayas—or to extremely well-kitted-out magazine reporters. Wherever you are, there’s something around the corner that is surprising and wonderful and strange and marvelous. And we’re going to help you find it. Our goal is to make Atlas Obscura the defining media venture around discovery for the 21st century, just as National Geographic was for the 20th century.

Vice is a totally different beast, but they also have a young and engaged audience. We want to have that same ability to galvanize a generation of young people. But when Vice does it, Vice is drunk, high, and carrying a gun. We’re sweeter. 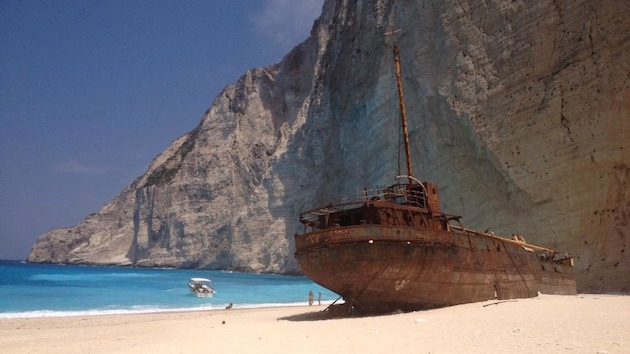 MJ: How do your own experiences jibe with this mission?

DP: I took this job in part because I had an Atlas Obscura experience. A few days after I quit Slate, my daughter and I were biking through a part of DC I’d never really been in and noticed that the names of the places were Fort Davis, Fort Dupont, Fort Mahan. There were no actual forts. I came back home and I was like, “Why is everything a fort?” And I looked at a map and realized, “Oh!” There’s this ring of places that were the Civil War defenses of Washington, DC.

A couple weeks later, my family went to Rock Creek Park, a big forest near a very busy intersection in DC. We walked in about 100 yards and all of a sudden there was a moat and earthen walls that rose 15 feet above us. It’s completely overgrown, but if you climb up onto the wall, you can see you’re on a ring. This is Fort DeRussy, the northernmost Civil War fort defending Washington. It took part in an important battle in 1864, and it’s just there, abandoned in the woods. The sense that literally around the corner from where I grew up was a place that’s mysterious, that’s unknown, that has incredible history: That’s magical. I think the magic trick of Atlas Obscura is making you see the world the way you see it on vacation. When you’re on vacation, you choose to be alive, to see the surprise and the serendipity and the wonder around you.

The Best of Atlas Obscura
According to “Places Editor” Eric Grundhauser

Temple Most Likely to Swallow You
Goa Gajah, Sukawati, Indonesia

Museum with the Most Necropants
The Museum of Icelandic Sorcery & Witchcraft, Holmavik, Iceland

MJ: What makes a place right for the Atlas?

DP: Some mix of variables: an unusual history, surprising beauty—not obvious beauty, but beauty in a place you don’t expect it, or at a different scale than you expect; of a place being not where you think it’s going to be. Things that were the natural world that have entered the built world, or where the built world has been taken back by the natural world.

MJ: Are you worried that Atlas Obscura could change certain places by drawing too much attention to them?

DP: It’s a question we ask ourselves and then laugh and say, “We should be so lucky!” It’s not an issue we’ve had to deal with yet, because we’re just not big enough. I do wonder about it. Some places you’re never going to ruin: One of the most popular places in Atlas Obscura is Snake Island, this terrible place 30 miles off the coast of Brazil, overrun with an enormous population of extremely deadly pit vipers. The Brazilian navy doesn’t let anyone go there. You’d have to be suicidal.

MJ: How do you wrangle your amateur contributors?

DP: We have more than 9,000 user-generated places, and all of those get a professional edit. There’s always someone vetting it. We’re not YouTube. You can’t have somebody stick in an entry for their restaurant. These things have to meet our standards. If a user makes an edit to a place, somebody on staff takes a look at that edit.

MJ: Tell me about your super users?

MJ: So where does Atlas Obscura go from here?

DP: Our goal is to give people reasons to make it a place where they spend lots of time, such as being able to plan trips. Also, we think our model is easily franchised—there should be a version of us for China, Portugal, Spain, Germany. Two and a half million people read Atlas Obscura now. That’s a tiny number. But the fundamental ethos is pretty deeply human. This is a niche audience because most people don’t travel that much. But it’s a gigantic niche.