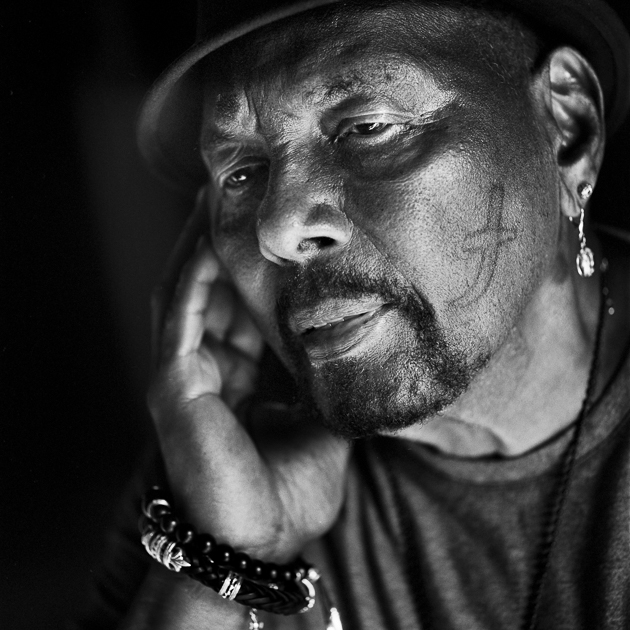 The distinct beauty of Aaron Neville’s voice has been a constant through a recording career that covers regional soul of New Orleans, his integral work with his siblings in the Neville Brothers, his crossover pop success with Linda Ronstadt in the ’80s, and his more recent tributes to his old doo-wop and gospel influences.

Now 75, Neville’s latest album, Apache (a nickname from his youth), reconnects him with the sounds of 1960s and ’70s New Orleans soul, courtesy of producer Eric Krasno of the bands Soulive and Lettuce. Apache also serves as Neville’s reclamation of a youth fraught with challenges. He served a six-month stint in Orleans Parish Prison for car theft at  the age of 19, and was later sentenced for burglary (the result of his falling in with a bad manager, the 1950s R&B singer and pimp Larry Williams). He also struggled with addiction into the early ’80s.

Neville’s poems—candid statements on love, awareness of the world, and his memories—are the lyrical source for the majority of the album, a first for a singer whose work is typically more interpretive. But his original songs have been signposts in a long career, starting with the 1960’s “Everyday” on the flip side of his first single, the Neville Brothers staple “Yellow Moon,” and “To Make Me Who I Am,” from the 1997 album of the same title.

Apache presents an opportunity to get to know an honest, humble soul who happens to be one of our greatest living voices. I photographed and spoke with Neville at his farm in Duchess County, New York, where he lives with his wife, Sarah; their peekapoo, Apache Jr.; and a whole bunch of chickens.

Mother Jones: You were 19 when you first set foot in a New Orleans recording studio. Tell me about the experience.

Aaron Neville: I just wanted to sing. I’d been wanting to record, like Ernie K-Doe and Irma Thomas, and I got a chance to be on the same label, Minit Records. Larry Williams got me the first recording session, he and Larry McKinley, who was a disc jockey. I would learn the song right then, because most of the stuff Allen Toussaint wrote. I wrote my first song, “Everyday” and he wrote the B-side, “Over You.” It’s not like today where they can fix things. Whatever you did was what you had—there wasn’t no 10 and 12 takes. If you did harmonies, it was everyone around the same microphone. To hear my voice coming back on the tape, that was amazing: “Oh wow, that’s me.” Then when it started playing on the radio, that was a big thing there.

MJ: I heard a story that Toussaint pushed you to sing more straight-ahead on that first session. Was there much creative tension in that relationship?

AN: No, I just sang that the way he wanted me to, and he was satisfied. After he did the music on “Everyday,” he started modeling everything else he wrote for me behind that—sort of like a doo-wop thing.

MJ: Tell me about your relationship with Larry Williams.

AN: Larry came to New Orleans around ’56 and took the Hawkettes out on the road with him, but he told me, “I’ll be back for you.” When I got out of jail, he got me in the studio to record and took me on the road. He got tired of being misused, so he says he’s going to be a pimp—he went to California and started pimping. When I went out there, he was going to manage me, but I had a contract with Minit records, so I did a few gigs with him and Etta James and Johnny Watson at the 5-4 Ballroom.

“I had people coming at me to manage me—they didn’t have nothing to offer, they were just telling me crazy stuff.”

I had to do something to earn my keep. Since I didn’t want to pimp, he said we’ve got this guy who will book some burglaries. We’d go and clean the place out, and we had rooms in a hotel out on the highway and we’d fill it up with clothes and suits and whatever. The whole time I’m saying to myself, “Lord, get me out of this, send me back home, please.” So when I did get busted, I said, “Thank you, Jesus.” I ended up doing time in ’63 and part of ’64 fighting forest fires. It was dangerous. That’s when I first got into the weights. I was looking like the Hulk up in there. I was 22 years old.

MJ: The success of 1966’s “Tell It Like It Is”—another local New Orleans production—caused problems in that the label, Parlo, couldn’t keep up with the demand. Was that frustrating for you?

AN: They were trying to make it look like they knew what they were doing, but they didn’t. They had to declare bankruptcy, so hey. I was fresh out on the streets with a hit record. I didn’t have time to really think about that. I had people coming at me to manage me—they didn’t have nothing to offer, they were just telling me crazy stuff. They were going to send me on the road with no music, no stage clothes, no nothing. This guy Joe Jones, who was managing the Dixie Cups and Alvin “Shine” Robinson, was a shyster, but he kinda saved the day because he came in and made sure that I had music, clothes, and pictures and stuff. He was a professional but, like I said, a shyster—he was looking out for his interests. At the time, Frank Sinatra wanted to do something with me but Joe didn’t let me know about it, and messed it up.

I never really got paid for “Tell It Like Is,” but I look back at it and say God knew what he was doing; he probably figured that if I had got money back in them days I wouldn’t be here now. That’s okay. I’m here. And I’m still singing the song.

MJ: So, Apache marks the first time in your career you’ve written the lyrics for an entire album.

AN: I write poetry on my iPhone. I’ve got about 100 poems on there. So I wanted to do some of my stuff and that’s how I got hooked up with Eric Krasno and Dave Gutter. We started talking on the phone, or texting, and they’d send me some ideas, and then we got in the studio.

MJ: So these songs start purely as poems? Expressions of feeling that you later set to music?

AN: I write when there’s something happening in my life and it helps me to get through whatever. I have to be inspired. I can’t just sit down and plan to write. “Yellow Moon” was a poem. My wife at the time, Joel—she’s dead now—it was our 25th anniversary. She had the chance to go on a cruise with her sister. And I’m home with the kids and looking up and I saw the big moon, and I just started writing.

MJ: A few songs on Apache speak of your love for your second wife, Sarah, whom you married in 2010, three years after Joel passed. How did you navigate your grief and open yourself up to a new relationship?

AN: I buried Joel on our 48th anniversary. I had been with her since I was 16. I think Joel might have sent Sarah into my life. It was God-sent. That first year after she passed, I can’t even explain it. I would cry, and people would come and tell me, “I know what you’re going through.” I’d think, “You don’t know what I’m going through.” They had no idea! It was the worst thing that ever happened to me. Before that, the lowest part was when Joel had left with the kids and went to be near her momma in ’72. That’s when I did “Hercules.” When Sarah came in, she let me talk about Joel, because it was heavy on me. I’d cry and it was a healing thing, you know?

“Sometimes I just sit out there and look at the trees, the harmony in the trees.”

MJ: Anyone who writes about you points out how distinctive your voice is. Even when you account for your influences—cowboy yodels, early gospel, doo-wop, and soul—there’s something in it that is undeniably unique, improvisational, and in the moment.

AN: There’s a saying, “He who sings prays twice.” It’s like somebody is telling me how to do it. I can’t explain it, and sometimes I’ll be singing and I just want to close my eyes, and I wish I could just hit a note that could cure cancer. That’s how I feel when I’m singing. This lady told me about an autistic boy in Las Vegas, he was about six years old, they couldn’t do nothing with him; he’d flail around and they had to keep him constrained. The only thing that would calm him down: They’d put the headset on and I was singing. It gave me chills to hear that. I said it must have been the God in me touching the God in him. I ain’t gonna take credit for that.

MJ: It’s worth mentioning this beautiful farm that we’re looking out at.

AN: It’s paradise. Going to the city, I’m always in a hurry to get back here. Peace and calm. Sometimes I just sit out there and look at the trees, the harmony in the trees. They just lay together. There are no problems, nobody arguing with each other, except the chickens maybe. 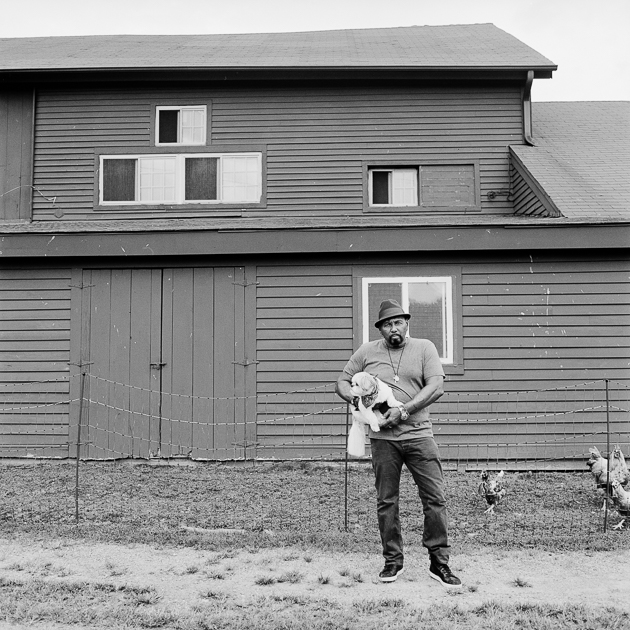