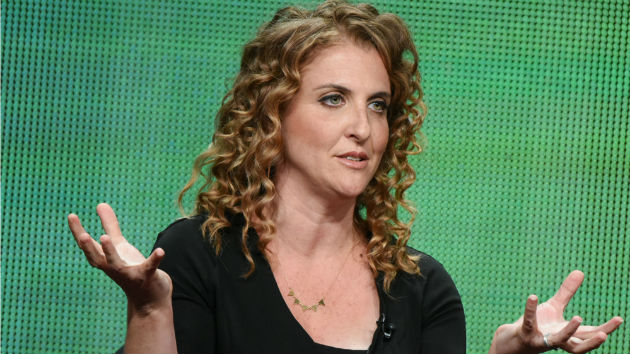 Perhaps because Jane the Virgin has such a silly premise—a 23-year-old virgin is accidentally inseminated at a routine gynecological appointment—and perhaps because it’s aired on CW, a network best known for its searing teen dramas, the show tends to get lost in the assumption that it should be judged by the company it keeps. But Jane the Virgin accomplishes quite a lot in each 43-minute episode. Inspired by a Venezuelan telenovela, the show balances a slightly satirical soap-opera style with heartfelt storylines and the comedy that stems inevitably from Jane’s predicament.

Jane the Virgin makes some unusual calls for a mainstream TV show: Its heroine is a virgin by choice, her abuela is undocumented and speaks only Spanish, and the writers give us an unvarnished look at the travails of new motherhood—some are mothers themselves—as well as issues such as postpartum depression and the difficulties faced by immigrants in America. With the season three premiere due for delivery on October 17, I caught up with Jennie Synder Urman, Jane‘s creator and showrunner, for a little chat.

Mother Jones: Tell us more about the show’s origins.

JSU: Ben Silverman brought me the original Venezuelan telenovela. He told me the log line—a virgin gets accidentally artificially inseminated. From there, I came up with the show. The original is very different, and I didn’t want to just remake what they made successfully. I started to think about an older character whose virginity was more of a choice, less than circumstance—when you’re younger, half the people are virgins, half aren’t. And I wanted it to be a multigenerational story between a daughter, her mother, and her grandmother, because those are the relationships that I love: strong women and matriarchies. We have a character who loves telenovelas and the characters, and how her life starts to become like one of the telenovelas she loves to watch. That’s what I ultimately pitched to the studio.

“I’m trying to create characters, not represent an entire culture. If you try to do that, you fall into a trap of stereotypes and clichés.”

MJ: You and [head writers] Jessica O’Toole and Amy Rardin are white. How do you keep things real when it comes to Latina culture?

JSU: Well, we also have nonwhite women in our writing room, and I have a cast of Latina women. We’re all very close, and we talk and they tell me what feels real. But I’m trying to create characters, not represent an entire culture. If you try to do that, you fall into a trap of stereotypes and clichés. I’m writing Jane, the daughter of Xo, who’s the daughter of Alba. I’ve created those characters, so I’m loading them up with specific things. They’re a Catholic family and I’m not Catholic, but I also have Catholic writers. I feel like race and ethnicity is really important, but also socioeconomic class and religion, and I’m baking it all into these characters. We’re all humans, we all want the same thing: love and respect and success and family and happiness.

MJ: Your writers and directors are mostly women. Was that a conscious choice?

JSU: Yeah, I think so. Conscious in that I don’t have the unconscious bias that women are not able to do all of these jobs and do them well. To me, the heart of the show is the Villanueva women. So it was very important to get female views early on, because without women, [maybe] those little moments that you don’t think about would be defaulted to men. We want you to think about everything, so you’re not just assuming this person is a man because you have a “contractor.” Why can’t the contractor be a woman? Being surrounded by women helps to further that particular agenda. We have wonderful male writers and directors, too, but predominantly the people who have stuck and lasted on Jane have been women. They’ve done a great job. I brought ’em back.

MJ: It seems pretty special to have a mostly female space in television.

“I like that we have a space where a female director can succeed. She can take 10 minutes if she needs to pump.”

JSU: Most of my actors have told me they worked with more female directors on one season of Jane than they have in their whole career! I like that we have a space where a female director can succeed. She can take 10 minutes if she needs to pump because she has a new baby. Last year, I think 15 of 22 writers and directors were women. This year, I don’t know what our makeup is, but it’s gotta be that or more. I’ve got a son and a daughter and I want them to see women leading things in general.

MJ: In one interview, Jessica O’Toole said the writer’s room has “one token straight white male.”

MJ: I’ve been impressed by your attention to the flaws in America’s immigration policies. Were you worried about blowback?

JSU: I was really moved and inspired early on when I met Diane Guerrero, who is Lina on our show and who is in Orange Is the New Black. She told me this story about when she was 14 and her parents were deported. Just stunning how no one checked up on her afterward! Her parents weren’t criminals; they just were undocumented. They tried to get their papers and because of circumstance, because of people who misled them, they didn’t, and they sent these parents of this 14-year-old girl away.

I remember feeling like we have to use this platform to dramatize that in some way. I cast the three women—Jane, Xo and Alba—as Venezuelan, partly as an homage to the [telenovela] and partly because I wanted to have Alba be undocumented, so we could play that fear and victory when she gets her green card. The cast would be so excited when we put a hashtag “immigration reform.” Our feeling was like, we’re gonna make everybody fall in love with Alba, because she’s this great grandmother. Then suddenly you’re like, “Wait, why are we trying to get her to leave the country?” It would affect people by personalizing the political.

MJ: The show’s realistic, unglamorous look at new motherhood isn’t something we typically see on TV. The scene where Jane’s milk comes in while she’s out on her front lawn comes to mind—or when she forgets her breast pump on a writer’s retreat.

“You spend your whole life forming your identity, and then you have a baby and you’re like, ‘Oh my god, I work for you now?'”

JSU: I was very committed to that. I’ve got two very young kids and I was stunned at how hard it was. I had a lot of people at the beginning who were saying, “Well, what happens once she has the baby? Where does the story go from there?” The implication is that her life stops because she has a baby. How can a mother be interesting? Who cares about that love life or that career agenda? As a writer, you spend your whole life sort of thinking about yourself and forming your identity and where you want to be in the world and then you have a baby and you’re like, “Oh my god, I work for you now?” It’s a real earthquake.

I was writing at the same time I was having my kids, who now are five and six, but when I was doing Jane at the beginning they were probably three and four. The balance was hard. Nursing was really hard—I was shocked! I felt like someone had taken over my body for the first six months. I remember after the first day we had our son, my husband and I looked at each other in the morning and we were like, “That was one day? What the fuck? How are we going to do 18 years?” I hadn’t seen that on TV. We knew Jane had this baby, and I didn’t want the baby to just disappear. You’re always looking for drama and conflict and difficulties for your character, and having a new baby is a really difficult thing, especially for a character like Jane who plans everything.

MJ: So, what can we look forward to in season three?

JSU: We’re going to try to continue to balance our comedy and drama and social responsibility. Our family is Venezuelan, and Venezuela is in a really difficult situation right now. I want the show to at least be aware of that reality. Food shortages and no medicine—I think the more we pull from specifics, the more texture it gets, and the more real it becomes. We want to always balance the fantastical telenovela twists and turns with the more grounded, emotional, dramatic and comedic moments.