Update: So the odds-makers got it all wrong, and Hillary Clinton will not be America’s first female president. But Hollywood, for better or worse, has been imagining women in the Oval Office for more than half a century. Here’s a taste of some scenarios the men of Tinseltown have come up with: 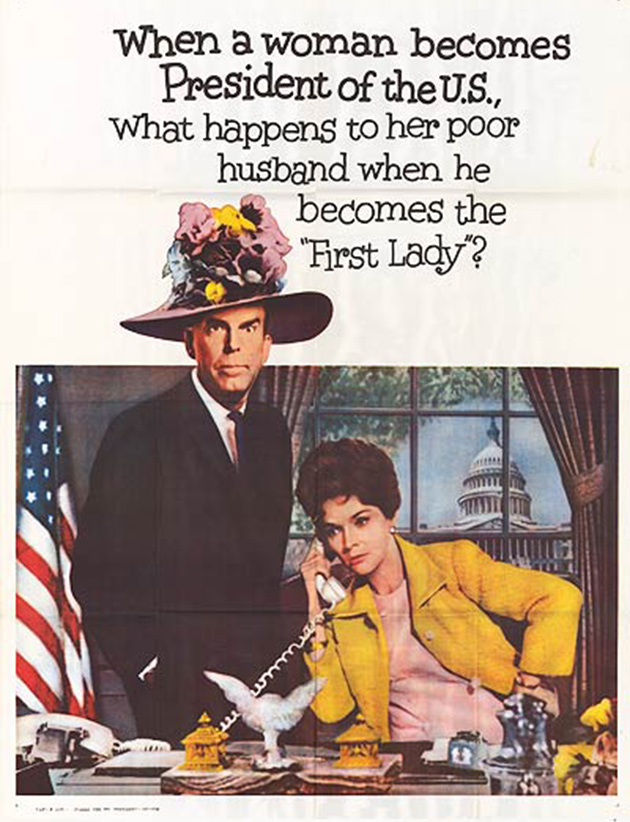 A HEARTBEAT AWAY…
Whoops, Apocalypse (1986 movie): Veep Barbara Jacqueline Adams (Loretta Swit) is elevated to the Oval Office after her boss, a former clown trying to prove his mettle, challenges a journalist to hit him in the stomach (fatally, it turns out) with a crowbar.

Chain of Command (2000 movie): Vice President Gloria Valdez’s (María Conchita Alonso) boss is shot and killed in a struggle over the “football.” As his successor, Valdez must face down China in a nuclear exchange.

Commander in Chief (2005-06 TV series): Mackenzie Allen (Geena Davis), a Republican congresswoman turned vice president, ignores the dying request of President Teddy Roosevelt Bridges that she step aside to make way for a successor who sees “the same America” as he does.

VICTIMS OF ALIENS AND STUFF
Contact (1997 movie): In Carl Sagan’s 1985 novel, a female “President Lasker” presides over radio contact with extraterrestrials, but she doesn’t survive Hollywood’s knife: In the 1997 movie version, Lasker is replaced by cleverly edited footage of Bill Clinton.

XIII: The Conspiracy (2008 TV miniseries): President Sally Sheridan is assassinated during a Veterans Day speech—her own brother is behind it. The ill-fated series was canceled after only two episodes. 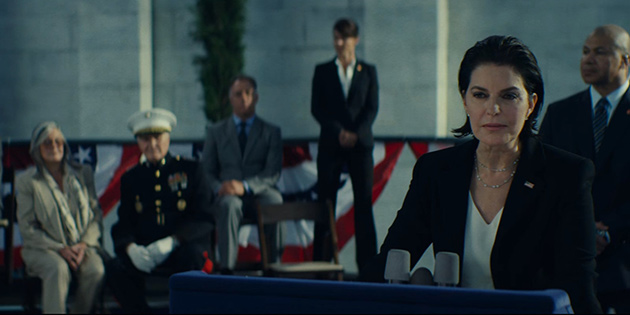 NASTY WOMEN
Hitler’s Daughter (1990 TV movie): So, it turns out the mother of President Leona Crawford Gordon was impregnated by the Fuhrer, brought to the States by U-boat, and then killed by the Nazis shortly after giving birth to America’s future commander in chief. Got that? 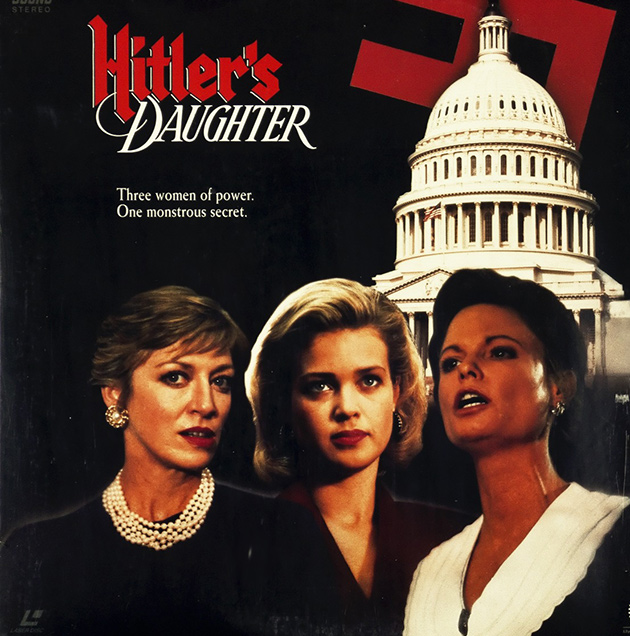 Prison Break (TV series, 2004-2009): As vice president, Caroline Reynolds (Patricia Wettig) collaborates with “the Company” to fake her brother’s death. When the shadowy group turns on her, she arranges for the president’s assassination so she can assume control. 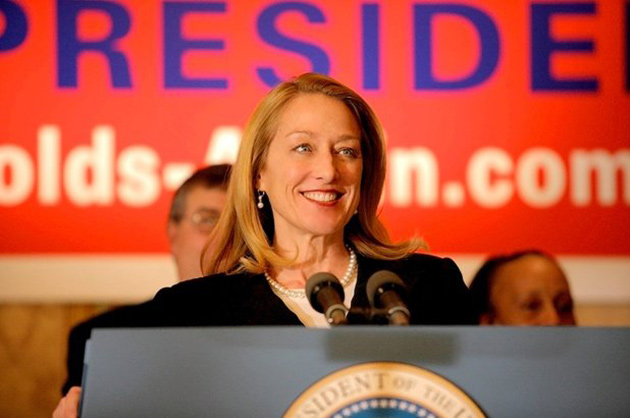 Divergent (2011-13 novel series, 2014 film)
In a society sorted by personality type, President Jeanine Matthews—actress Kate Winslet likens her character to a “female Hitler”—aims to kill factionless Divergents, whom she sees as a threat to her dominion.

COMICS IN CHIEF
Hail to the Chief (1985 TV series): President Julia Mansfield (Patty Duke) struggles to run the country while keeping tabs on her philandering husband and wild teenagers. The series was canceled after seven episodes. Go figure.

Mafia! (1998 movie): Diane Steen (Christina Applegate) almost achieves world disarmament—but peace is put on the back burner when her mobster ex-boyfriend comes around looking to win her back.

The Simpsons (2000 “Bart to the Future” episode): Lisa Simpson, the “first straight female president,” is elected in 2030—following in the footsteps of Donald Trump and Chastity Bono.

Iron Sky (2012 movie): An unnamed Sarah Palin spoof (Stephanie Paul) sends a black model to the moon as a publicity stunt to get herself reelected—and later leads an attack on a Nazi moon base.

Veep (TV series, 2012-present): Selina Meyer (Julia Louis-Dreyfuss) starts this HBO comedy series as a perpetually dysfunctional vice president. She moves up during season three, after her boss resigns to care for his mentally ill wife. 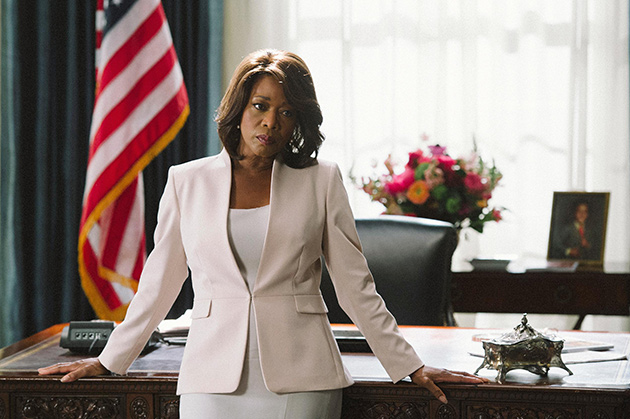 Homeland (TV series, 2011-present): Sen. Elizabeth Keane (Elizabeth Marvel of House of Cards) is elected president in the upcoming season of Showtime’s terrorism drama. Co-creator Alex Gansa says she’s basically a composite of Hillary Clinton, Donald Trump, and Bernie Sanders. Keane “challenges the norms,” Homeland star Claire Danes noted in a live appearance, and “is a little scary for that reason.” You’ll catch some glimpses of her in the trailer.