Given what we’re seeing in the election’s aftermath, photographer–filmmaker Lucian Read clearly picked a prescient title for his recent mini-doc series on inequality in the United States: America Divided, which aired on EPIX in October and November, took us to corners of a nation still hurting from the Great Recession—from an addiction-ravaged Rust Belt town reeling from factory closures to New York City, where the housing crisis proved devastating to many Latinos and African Americans.

Premiering here, Read’s latest short film, Mni Wiconi: The Standing at Standing Rock, turns a camera on the plight of Native Americans, a group that has been neglected and wronged perhaps more than any other in this nation. “We were thinking of ways to continue the America Divided project with groups that weren’t included in that series,” Read says. “And I’d especially been thinking about poverty and inequality in Indian country.”

In September, when members of the Standing Rock Sioux tribe in North Dakota made national headlines for their protests against construction of the Dakota Access Pipeline—which the tribe says interferes with its ancestral land and water rights, Read thought it might be the perfect subject. 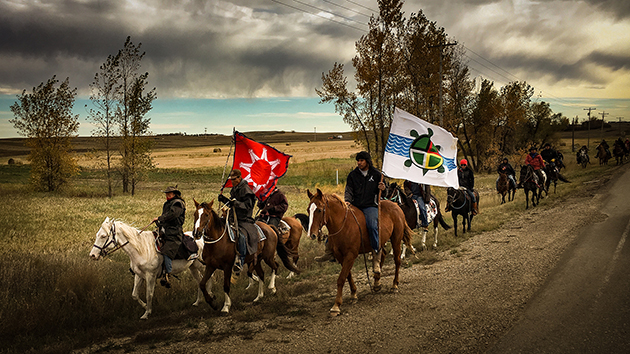 Mni Wiconi (“Water is Life” in the Sioux language) doesn’t aim to be an exhaustive document of the battle against this 1,172-mile oil pipeline. Rather, the film is an introduction to the conflict and the players at Standing Rock—”a primer,” Read says. The fight isn’t over, after all. On Monday, the tribe seemed to get a reprieve when the Army Corps of Engineers called for further analysis of the proposed pipeline route and consultation with tribal officials about their concerns. Standing Rock activists have declared Tuesday a “national day of action” against the pipeline, a project that is 95 percent complete despite the lack of the official easements and permits needed to finish it.

In addition to introducing key anti-pipeline figures, such as Standing Rock chairman Dave Archambault II and local landowner and activist LaDonna Allard, Read’s nine-minute film is a lush visual explainer, a kaleidoscopic sketch of the conflict’s root causes, from poverty to broken treaties to the “militarization of the oil industry,” as one character puts it.

“People standing together is powerful,” says Jodi Gilette, President Barack Obama’s special assistant for Native American affairs and a Standing Rock tribal member, noting the outpouring of support from unrelated tribes. “Really awful things happen to different tribes, and it’s so deeply spiritually wounding that I think when people see it happen to other tribes, our spirit is called to act because it happened to us, too.” 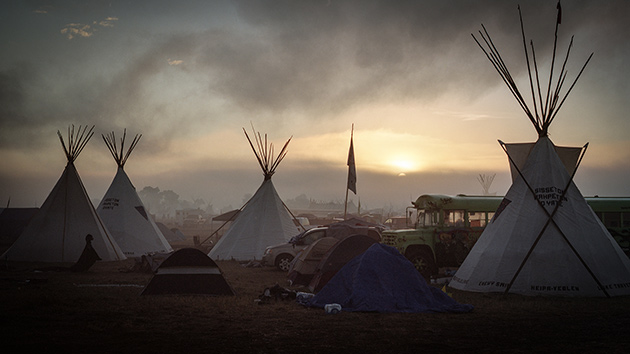