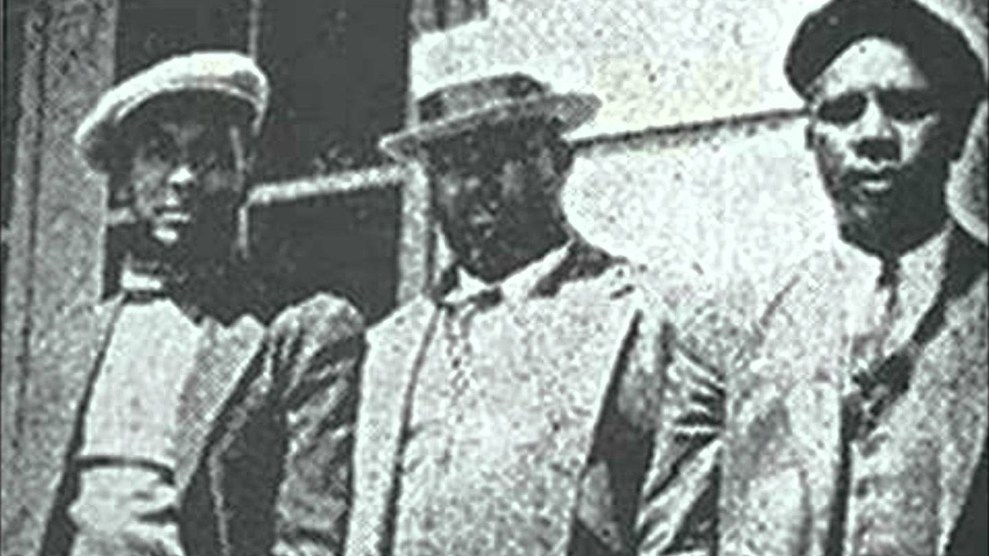 To accompany an essay I wrote about confronting racism in old-time music, I asked the black artists I interviewed to share some of their favorites from early black performers. Dom Flemons, formerly of the Carolina Chocolate Drops, gave me a whole bunch. Earl White, a North Carolina-born fiddler, added another handful. Ben Hunter was tied up, but his musical partner Joe Seamons came through with a few more gems.

“I play somewhere around 300 to 500 tunes,” Earl White says. “I’ve always insisted that most were played by both blacks and whites.”

As I noted in the piece, it can be hard to track down the provenance of some of these old tunes. This was the pop music early in the 20th century. And black and white people were playing this style—both together and separately—long before recording technology was in widespread use. But as White put it, “If you were a white person and you went into a black neighborhood and learned a tune from a black person, it wasn’t cool to advocate that you learned it from a black person.” It wasn’t uncommon for the white guy to record those tunes later on, sometimes giving credit, but more likely not.

Others are field recordings that are unique performances of old-time numbers. Songs like “Sitting On Top of the World” started with Mississippi Sheiks, a black string band who elevated their family’s music into the popular music field. I’ve provided a broad variety of musical performances to display the many facets of black string band music as it has been recorded over the years. I also put Bert Williams song “Nobody” to juxtapose one of the most well-known songs from the black vaudeville stage. There are tons of recordings out there. I’ve tried to give you some of the rawer and some of the more refined styles.

A few, like “Sitting on Top of the World” (which I always thought was a Doc Watson tune—go figure) and Joe Thompson’s “Black Annie,” were suggested more than once. White’s remaining picks are numbered 15 through 17. Seamons’ are 18 through 20. “I play somewhere around 300 to 500 tunes in my list,” White says. “I’ve always insisted that most were played by both blacks and whites.”

Oh, and look: A banjo playing co-worker, Adam Schweigert, just popped out of the woodwork and made a YouTube playlist of these tunes. Thanks Adam!

1. “Jim and John”—Ed and Lonnie Young

8. “Sitting On Top of the World”—Mississippi Sheiks

17. “Raleigh and Spencer”—Tommy Jarrell (“Well, I learned this from an old colored fella…”)