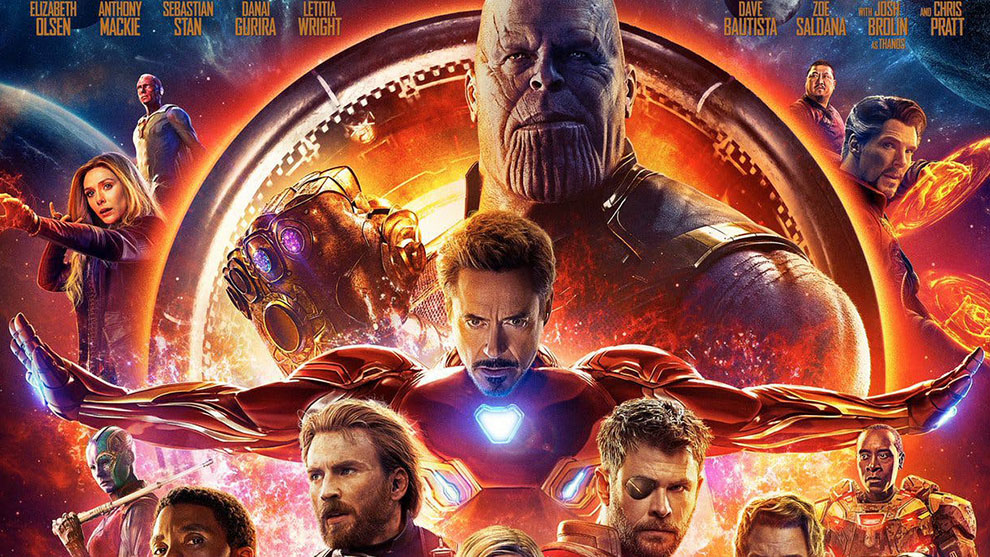 It’s sad how bad The Avengers: Infinity War is. Not sad in the way that somethings like life and death and suffering are sad, but sad in a dumb way. They’ve been pretty good lately, these Marvel films! It was not that long ago that Thor: Ragnarok was out and we were all having a grand ol’ time with Loki and that Rock Monster from New Zealand and Jeff Goldblum was there and Cate Blanchett was chewing the delicious scenery. Remember Black Panther? Black Panther was amazing. Black Panther is still in fucking theaters. The guys and gals down at the Marvel Movie Money Minting Mill had really been bringing their A game for a while.

And this one was going to be so good. So many years in the making! How many years? So many years! Ten. Count them, 10 years! I really wanted this movie to be good. I have one eye. You know who else has one eye? Thor. I was very excited. Half of my two-eyed friends were very excited. When Thor put in his glass eye, I thought: It me. When one of the annoying characters made fun of Thor’s one eye, I wanted to tell him that will mostly stop happening once he goes off to college. It should have been great. But, instead: terrible.

I will not spoil this bad film for you. I get you are afraid of me doing that. I will not…save to say that, yes, a bunch of Marvel heroes die in this movie, but you really don’t need to worry about it because save for a couple of exceptions they all die in ways that make it inconceivable anyone could possibly care.

There are a lot of characters in this film. Which is your favorite? Do you like Tony Stark? Bad news, he’s in it for like five seconds. What about Thor? Five seconds. Captain America? Five seconds. You see what I’m saying here? You don’t spend enough time with any of these characters to make it mean anything. Spiderman! The kid with the thing and the spiders. Five seconds. Black Panther! Five seconds.

The only character we spend any actual amount of time with is Thanos (Josh Brolin). Thanos is very concerned about overpopulation so he wants to do some murders to get it under control but you have to get up pretty early in the morning if you plan on killing half the population of the universe with only your bare hands. So he wants to get the magic stones that have been in the other Marvel films. Loki has one. Television’s Sherlock Holmes has one. Film’s Sherlock Holmes had one, but gave it to Paul Bettany. There are some others. Unlike the exact same plot device in the DC movies, these magic power rocks don’t seem to have any motives of their own. They’re just energy sources. If Thanos gets all the stones he can do one big murder and be done with everything by breakfast.

There is no inciting incident for any of this, by the way. His planet was destroyed because of overpopulation many thousands of years ago, but the movie doesn’t explain why Thanos decides to do any of this today. Why not a week ago? Why not last year? Why not in the first half of the 20th century when humanity would have been preoccupied with our own genocides?

Key to understanding this film: It leads to another. There is a second part coming out in a year. It is an elaborate hostage taking.

There are a lot of problems with Thanos’s plan but, hey, at least he’s got one. Shania Twain would vote for Thanos. And who could blame her! Because if you had to choose between him and the super seagulls we’ve spent 10 years getting to know, based on this movie alone, you’d vote for Thanos and hope for the best. (#MUGA.) The clown town dumdum heroes we know and love do nothing in this movie. They just sort of wander around doing meaningless bullshit, occasionally dying in transparently manipulative ways, while uttering particularly unfunny one-liners.

On the quality spectrum of Marvel one-liners, you’d have Thor: Ragnarok, the funniest one, on one end, and this disaster over with Ed Norton’s Hulk on the other. After a little bit you really just wish they’d shut up.

The actors are fine, for what it’s worth. Visually, too, very nice. This movie is not grossly incompetent in the way the DC ones often are. It is generally coherent. I understood what was happening. That is not true of Batman v Superman or Suicide Squad. In The Avengers: Infinity War, one thing leads to another.

That’s key to understanding this film: It leads to another. There is a second part coming out in a year. The first one is just a set up, really. This film is an elaborate hostage taking. It demands your attention because you’ll be back in a year to see how it all ends. “Just give me the information I need,” you want to shout at the screen.

It’s possible that no one could have made this idea into a good movie. It has to do a lot. The moment that they decided to bring all these zillions of characters together and set up a second film and jump between somber death scenes and cringe-worthy stupid comedy scenes, they were setting themselves up to fail.

I have sympathy for everyone involved in this film, not in a meaningful way because these are all successful people with beautiful families and legacies of success, and there is so much actual suffering in the world that it’s ridiculous they’d even want my sympathy which they almost certainly do not, but a meaningless kind of sympathy. Tough job! Hard ask! They had an arguably impossible mission. But the thing about impossible missions is that sometimes people do them. That’s what Apollo 13, Zero Dark 3o, and Mission Impossible are all about. Warner Brothers pulled off a very similar thing to what Marvel attempted here with the final Harry Potter movies. It’s very disappointing that this didn’t work out as well—or at all.

“Of all the words of mice and men, the saddest are what might have been.” Add Avengers: Infinity War to the list.