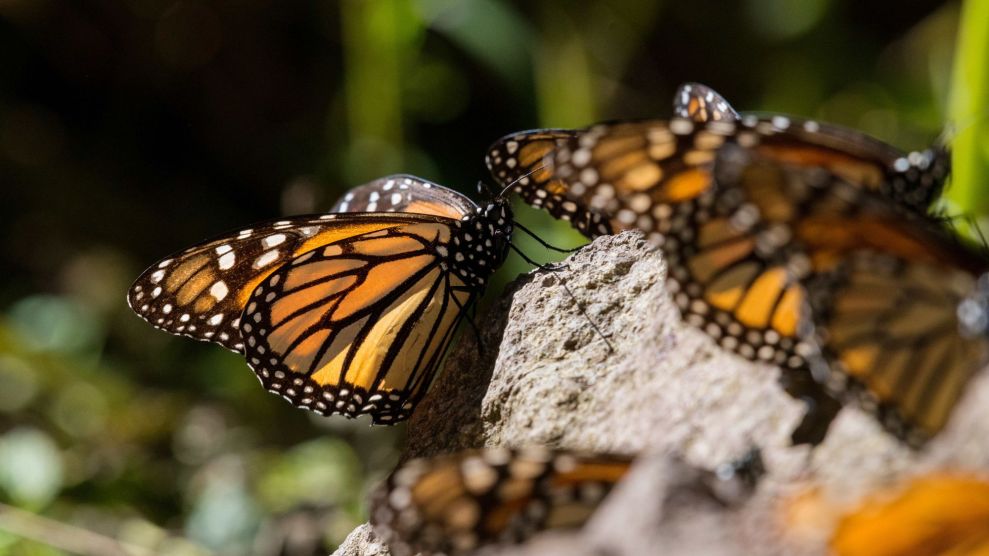 Tree by tree, Mexican scientists are planting the first stages of a new forest in the mountains of the country’s central Michoacan state. They’re taking saplings from oyamel fir trees further down the mountain and creating a new home for them higher up. Three and a half years ago, the first batch of transplanted trees were each seven inches tall. Now, thousands of saplings have grown, some up to four feet tall.

These trees are home to millions of eastern monarch butterflies who migrate there every winter, and in moving the forest, scientists are hoping they’ll be able to save the species and their habitat. Worldwide, the monarchs’ habitats have become increasingly endangered by herbicides, logging, and the storms and warming temperatures associated with climate change. The new forest, which researchers hope to replicate on nearby mountaintops, would replace lower-altitude forests that are getting too warm for butterfly hibernation. The trees create a cooler microclimate for the butterflies and protect them from chilly winter rains. The experiment is a form of “assisted migration” that is also happening with other plant and animal species in places such as Canada and in parts of the United States.

“It’s an idea that may sound radical,” forest geneticist Cuauhtemoc Saenz-Romero tells the Los Angeles Times. “But by the end of the century it may be absolutely needed.”

Mexican researchers and farmers are doing the transplanting, including Francisco Ramirez Cruz. A local 75-year-old farmer, he is helping to grow the saplings in a greenhouse and transplant them up the mountain. He says preserving the butterflies’ habitat will also help protect the tourism and timber on which many of his neighbors depend.

“In the early days, we didn’t know where they came from,” he says of the fluttering wonders. “But we have always been so happy to see them.”

Here are some other Recharge stories to get you through the week.