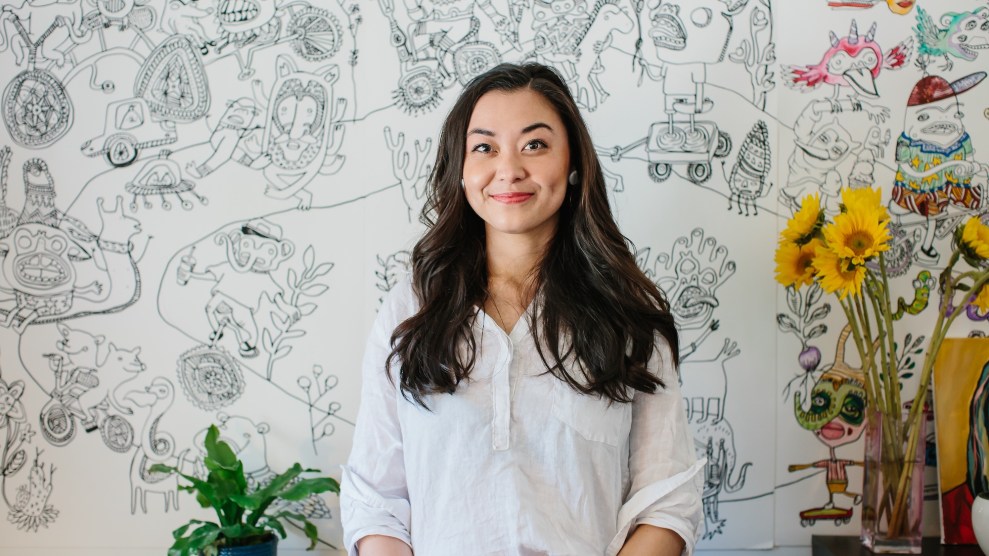 After Chanel Miller was sexually assaulted by Brock Turner on the Stanford University campus in January 2015, she tried to keep the attack secret from most of her family and friends. As details of the crime were reported—two grad students on bikes had spotted Turner on top of the unconscious Miller behind a dumpster; when he ran, they chased him down—she remained publicly anonymous. Yet in the months afterward, Miller writes in her memoir, Know My Name, one of the only people she wanted to share her experience with was a hometown friend who had survived something similar, only to be informed there was not enough evidence to pursue a criminal case. When Miller told her friend that prosecutors in Santa Clara County, California, had decided to charge Turner with sexual assault, her friend leaned over and held her. Then she sat back, looked Miller in the eye, and said, “This is your opportunity.”

Miller seized it. Driven in part by the knowledge that most sexual assault survivors never get a chance to hold their assailants accountable in court, Miller spent the next year cooperating with police and prosecutors, sticking with the criminal legal process, despite the pain, embarrassment, and retraumatization that came along with it. After intense media attention and a 16-day trial, a jury convicted Turner of three counts of felony sexual assault. Judge Aaron Persky sentenced Turner to six months in county jail, probation, and sex offender registration, rationalizing that anything tougher would have a “severe impact” on the Olympic swimming hopeful. Miller, then known only as Emily Doe, wrote a victim impact statement that went viral after it was published by BuzzFeed. California changed its laws to impose mandatory prison sentences for sexual assault perpetrators whose victims are unconscious or intoxicated, and voters recalled Persky from the bench.

In Know My Name, Miller, now 27, tells the story of her life—and her attempts to piece it back together—following the now-notorious attack. It begins with the evening before the fraternity party that preceded the assault and continues through Turner’s sentencing and the years since, which saw the cultural changes of Donald Trump’s election and the #MeToo movement. While Miller’s victim impact statement sparked outrage about Turner’s brief jail sentence and the deference he received as a white Stanford athlete, the outrage that builds over the course of her book is not directed at Turner, or even Persky, but at a justice system that requires victims to go through hell all over again.

Miller’s experience is largely a story of the system working exactly as well as it was designed to. The detective who handled her case did not bungle or neglect the investigation. The prosector did not decline to file charges. Their jobs were made easier by abundant evidence: eyewitnesses, phone records, and a rape kit that was tested, not destroyed, in addition to Miller’s own testimony. And unlike the perpetrators of 98 percent of all sexual assaults reported to law enforcement, Turner was convicted and sent to jail. Miller, meanwhile, had a solid support system—a victim advocate, access to therapy, and a small circle of encouraging family and friends.

Yet this best-possible outcome did not provide Miller with a sense of justice or solace. Just the opposite: From the moment she woke up in the hospital following her attack, her decision to pursue a criminal case inflicted additional harm on her. There was the discomfort and humiliation of the rape kit exam, which Miller would describe viscerally in her victim impact statement as “long, pointed beaks inside me” and “a Nikon pointed right into my spread legs.” It took months before she learned whether she technically had been raped because her kit was stuck in the crime lab’s backlog of DNA evidence. Court dates were repeatedly pushed off, adding to her anticipation and dread. In part because of the unpredictability of the schedule, she gave up working full-time. (Miller was not a student at the time of the assault.)

Participating in the trial exacted a deeper toll. She writes that her character became “an asset my DA would need,” and that she had to be on her best behavior, because Turner may have hired a private investigator to watch her and gather potentially discrediting material. While preparing for trial and cross-examination, she became terrified of making any choice, no matter how small, that Turner’s defense attorney might use to impugn her character. Posting a smiling picture online, or having a drink, could be seized on to argue she had never really suffered from the assault.

Finally, there was the sentencing. After Turner was convicted, she received a call from a probation department officer to interview her as a routine part of a sentencing recommendation. According to Miller’s account, she told the officer that she wanted Turner to own up to what he’d done and get therapy while incarcerated. Miller later discovered the officer had interpreted her comments to mean that Turner should be given a “moderate” county jail sentence. To add insult to injury, the officer checked off Miller’s race as white without asking. Miller, who is half Chinese, felt that mistake reflected the indifference with which she had been treated.

After learning about the sentencing recommendation, Miller poured her rage into the 12-page, single-spaced victim impact statement that would later be read into the Congressional record and on broadcast news, turning “Emily Doe” into an avatar for the pain and anger of survivors everywhere. But it didn’t appear to make much difference. Persky limited the amount of time she had to read her letter, and then he chose to follow the probation department’s recommendation based on her misconstrued wishes.

At first, it didn’t occur to Miller that the system she was enmeshed in could be changed, much less challenged. But the successful campaign to recall Persky—the first successful judicial recall in California in 86 years—helped shift her perception of the possible. Over time, she came to regard the harms the system inflicted on her as fixable, not inevitable. It helped to see her experience as a test case. “I could convert my pain into ideas, could begin brainstorming alternate futures for victims,” she writes.

Know My Name never quite reaches the point of envisioning that different reality for survivors. But by its end, Miller makes a powerful case for overhauling a system that retraumatizes victims of sexual violence even in successful cases, perpetuating the feedback loop that discourages victims from coming forward to seek justice. “You ask us to sacrifice our sanity to fight outdated structures that were designed to keep us down,” she writes, defending survivors who choose not to report sexual assaults to law enforcement, and calling out the expectation that survivors must endure the unbearable in order to hold their perpetrators accountable.

The point of challenging the institutions that put Miller through hell isn’t to make the legal system more therapeutic for victims. Healing and recovery are part of an ongoing process outside the courtroom: Miller writes about finding comfort in small kindnesses—a winking court reporter, the cheerful nurses who administered her rape kit—and in revisiting her memories as part of writing this book. But the courtroom is the place to send a message to the Brock Turners of the world. “I know better than to think my peace arrives when the gavel hits, when the handcuffs clink shut,” Miller writes. “We don’t fight for our own happy endings. We fight to say you can’t.”

Above: On Tuesday, Miller’s publisher, Viking Books, published a short video illustrated and narrated by Miller, with her story and a message of support for other survivors. “Speak up when they try to silence you, stand up when they try to shove you down,” she says, drawing smiling cartoon figures on a blank, white wall. “No one gets to define you. You do.”