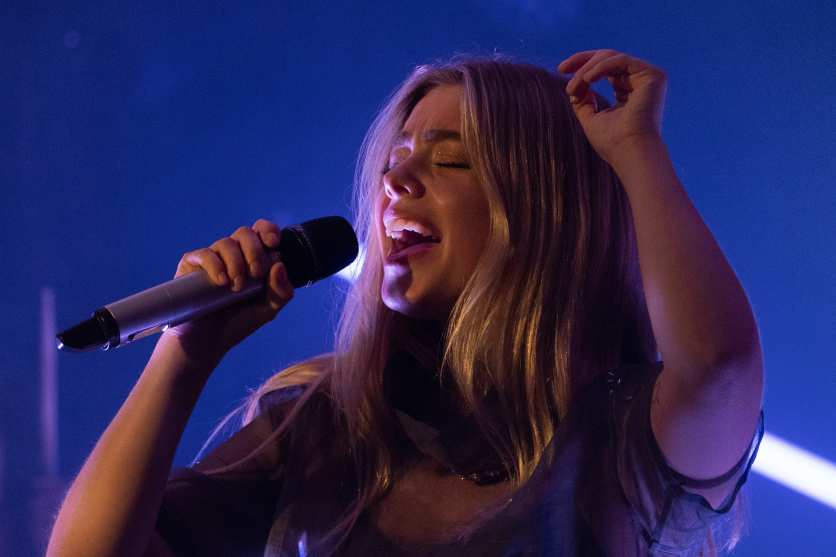 Pop music can suck—like really suck—sometimes. It also can be really good—like really good—sometimes. But for too long the genre was demeaned as exclusively “the taste of 13-year-olds.” Critics were long given license to tear into the genre and its stars. In a 2014 60 Minutes and Vanity Fair poll, they asked “Which decade had the worst music?” and an overwhelming 42 percent of respondents said it was the current decade. Pop music, according to one headline, has been “Literally Ruining Our Brains.”

Of late, that critical consensus has shifted. While pop music has always had stars both mainstream and underground defying stereotypes, only recently has the modern pop genre been dissected and intellectualized with thorough fanfare. Which is good: Because artists like L Devine deserve it.

Devine—British born Olivia Devine—represents the type of pop artist that’s shaping the future of the genre. (Which is why there’s no shortage of associations between her and the often hailed “Pop Star of the Future” Charli XCX.) Pop music has always evolved through adaptation of the underground, pop forever consuming smaller genres to then spit them out mixed with the mass-produced. Devine herself put it best in an interview with Dork, “I got into pop music, not because I listen to it more than other genres, but because pop music is the one you can bend the most.”

This attitude, that “pop music is the one you can bend the most,” is what’s flipping the age old genre stereotype that people listen to pop because it is formulaic. Artists like Charli XCX, Bree Runway, Dorian Electra, Slayyyter, Carly Rae Jepsen, and yes, Devine, know that the only way to break the rules is to know them. They make a type of meta-pop that is self aware.

Part of what defines pop music is its inability to be defined. As Stereogum’s Chris DeVille wrote in his annual State Of Pop Address, “the concept of pop music is slippery and subjective.” He echoed Jon Caramanica’s point that pop “can be a descriptor of audience size, indicating something that’s popular, or it can be a genre tag, specifying a sound.” Caramanica continued to note that the “meanings of pop have been so tightly tethered” that they are “difficult to disentangle.”

Devine’s newest single, “Peachy Keen,” asks: Why should we even try? “Peachy Keen” samples one of 1981’s biggest hits, Kim Carnes’ “Bette Davis Eyes” before launching into a mix of synthesized keys and hip hop beats. The track compresses almost 40 years of music and technological developments into a sound. All of it is pop.

Devine’s discography thrives on the mixing and matching of genres—an intertwined and tangled mess. She purposefully refashions the tropes. There’s the sampling of one of pop culture’s favorite references, 1988’s Heathers in “Peer Pressure.” Her track “Panic” clearly takes inspiration from her origins as a singer/songwriter (and yes, punk). (Plus, she does it all while being unapologetically queer.)

Pop music has always been about being unapologetic—about doing the most and being the most. (Which is maybe why so many dislike it.) It’s an essentially queer genre of music—from yesteryear’s Bessie Smith and Billie Holiday to today’s megastars like Elton John and Lady Gaga. Devine’s blatant and casual inclusion of her queer identity further expands pop music’s fearless defiance.

As streaming continues to redefine pop music, weirder sub-genres will emerge to chase listens. (Whisper-pop anyone?) But an algorithm is still a formula. L Devine’s experimentation isn’t a quest to be part of the newest fad. Instead, with each new release, Devine proves that as much as we want to define pop, the magnetism of the genre is just how much you can do with it.