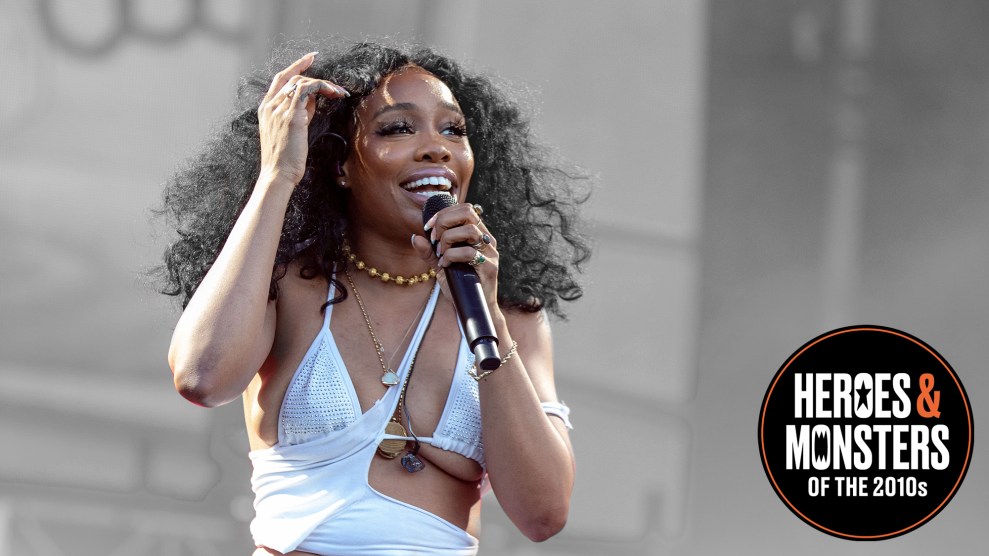 What did we do before SZA released Ctrl? Where did we turn in the hard times? When a boy stood us up, when a friend let us down, when we couldn’t get out of bed? Were there artists so raw about their mental health issues or about feeling unlovable? I certainly didn’t know any. SZA saved my life.

SZA’s CTRL: the most healing magic since yoga hit the West

The first and only female artist signed to Top Dawg Entertainment (alongside Kendrick Lamar and Schoolboy Q), SZA blew up in 2014 with a record called Z, 10 ballads so syrupy and sad that one had to wonder, “Is this chick okay?” Later that year, her song “Sobriety” answered “no.” Estranged from her father, a disappointment to her mom, she admits to smoking six blunts a day, unable to stay sober. My college best friend and I nodded along somberly, hacking our lungs up in between bong rips and processing family trauma. SZA bore her pain so bravely, it helped us do the same.

We have vastly different experiences, yet I feel as if SZA and I became adults together. While I was in turmoil about my gender, she dropped “Drew Barrymore,” the first track off Ctrl, expressing and even owning a neediness I was coming to understand as a common femme experience: the frustrated longing for men to fill me with the validation I wasn’t giving myself.  “I’m sorry I’m not more ladylike,” she crooned sardonically. “I’m sorry I don’t shave my legs at night.” SAME, girl, I thought to myself, a non-binary mess, lighting another spliff in the bathtub.

I literally cut myself off in the middle of negative thoughts like bitch we don't have time for this come back .

On Twitter, she’s everyone’s relatable therapist, with Big Scorpio Energy. She’s moody and abrasive, but only because she’s so tender inside. Her radio smash “The Weekend” was about being the other woman; “Doves in the Wind,” the power of the pussy. After Ctrl came a much-vaunted Coachella performance and her buoyant hook on Kendrick’s Black Panther soundtrack. She says her next album’s coming “soon as fuck,” but two and a half years after its release, plenty of us still aren’t over Ctrl. On the album’s final track, she prays that she’ll survive the trials of her 20s. Same, girl. Same.

Sza Ctrl album will always mean something to me.

I feel like Sza’s CTRL was quite monumental and will be remembered fondly in the future because it feels so representative of the millennial experience in the 2010s. Like if I had to describe my early 20s in this decade with an album, I would probably pick CTRL.