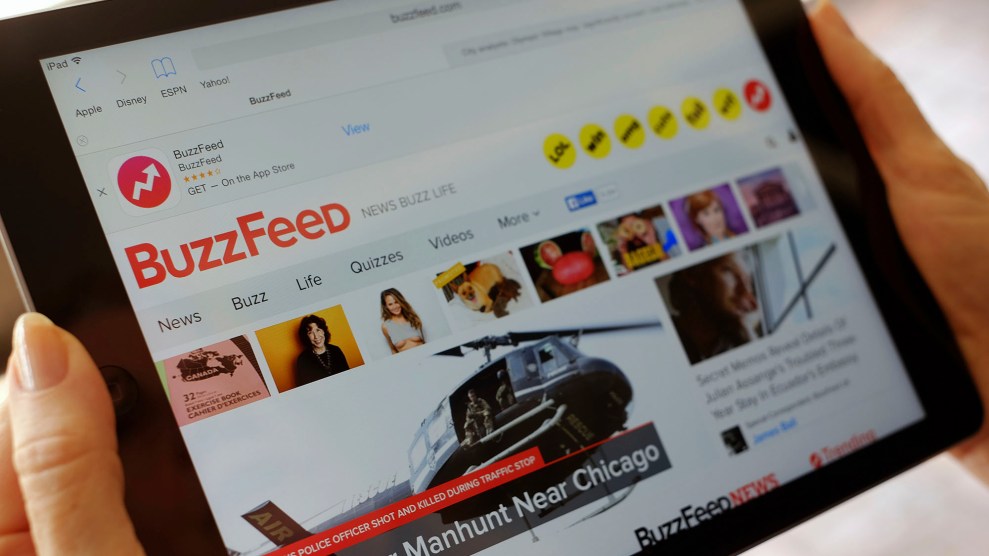 The listicle is such a ubiquitous online presence that it hardly seems worthy of a shoutout. But let’s take a moment to remember the early 2010s, when it first took the internet by storm and helped put BuzzFeed, who best wielded its power, on the map.

The listicle’s genius lies in its simplicity. The to-do list offers us the sweet satisfaction of checking items off. Santa boils all of human behavior down to two lists and doles out gifts accordingly. Consumer print magazines stuff their front-of-the-book sections with listicles, the better to capture the skimmers’ attention long enough for them to notice the Tag Heuer ads. What BuzzFeed realized at the dawn of the decade gone by was that the internet is a kind of infinite front-of-the-book, and that all human events can be rendered in list form. It turns out that (1 sentence + 1 image) x 10 is a great formula for explaining a federal government shutdown or making a convincing argument that Britney Spears is the queen of both the VMAs and Target. During my college years, they were the perfect distraction to break up monotonous hours of late-night studying, providing all the dopamine rush of scrolling through an Instagram feed but without the endless time suck. You read about the 15 goodest boys this week, then you go back to reading Kant. Balance is restored to the universe.

But the basic story of web publishing in the 2010s was that every innovation just meant more people could be more efficiently screwed. The listicle, an essential mode of meme transportation, was also a tremendous vehicle for theft. All too often the format was used to rip content from other parts of the internet, soaking up the work of other creators—especially many young creators of color—without paying for the privilege. The roundup listicle is a favorite of sites like BuzzFeed and HuffPost that aim to cover what “the internet” is talking about at any given moment. Every event, trend, or joke that gets sufficient attention online necessitates a summary post of what some cherrypicked group of people on Reddit, Twitter, or Tumblr are saying about it. This isn’t plagiarism per se —the posts on these social sites are available for reproduction, and BuzzFeed doesn’t claim them as original content. In a 2012 interview with Slate, BuzzFeed founder Jonah Peretti referred to its team as “popularizers” of memes already on the internet. But as the sites got bigger and bigger, the model looked worse and worse—venture capital-fattened media outlets driving up their own traffic thanks to the work of unpaid creators elsewhere.

The ultimate example of this theft: “on fleek.” The phrase was invented by then-16-year-old Kayla Newman in a viral 2014 Vine (RIP) she posted celebrating her sculpted eyebrows.  Listicles were hardly alone in appropriating the catchphrase, but they more than did their part in pushing “fleek” into the popular lexicon, helping out advertisers along the way. Newman has been quite vocal about the fact that she didn’t initially benefit monetarily from phrase’s success, and in doing so has become a sort of poster child for other online creators whose 15 minutes of fame resulted in someone else’s payday.

And of course the listicles themselves often strayed over to the bad side of kitsch. In the quest for virality, they grew increasingly absurd. Are there really 19 distinct situations calling for 19 Olivia Holt reaction GIFs? Is there even one? Serious news events were thrust bathetically into the listicle template, the posts often defended on the grounds that they managed to inform people about serious matters in entertaining and approachable ways—as if some crucial part of the meaning of, say, the Arab Spring protests weren’t lost in analogizing them to plot points in Jurassic Park.

Listicles aren’t going anywhere any time soon. Personally, I know the next time I see an internet pet roundup list, I absolutely will click on it. I’ll do so fully aware that it’s only a slight variation of last week’s edition, yanked from a popular subreddit, and that I am enjoying it in part thanks to a breakdown in the link between creation and compensation. But after a long day of thinking, sometimes the mind’s only salve is 14 cats that will make you say “yaaasss queen!”