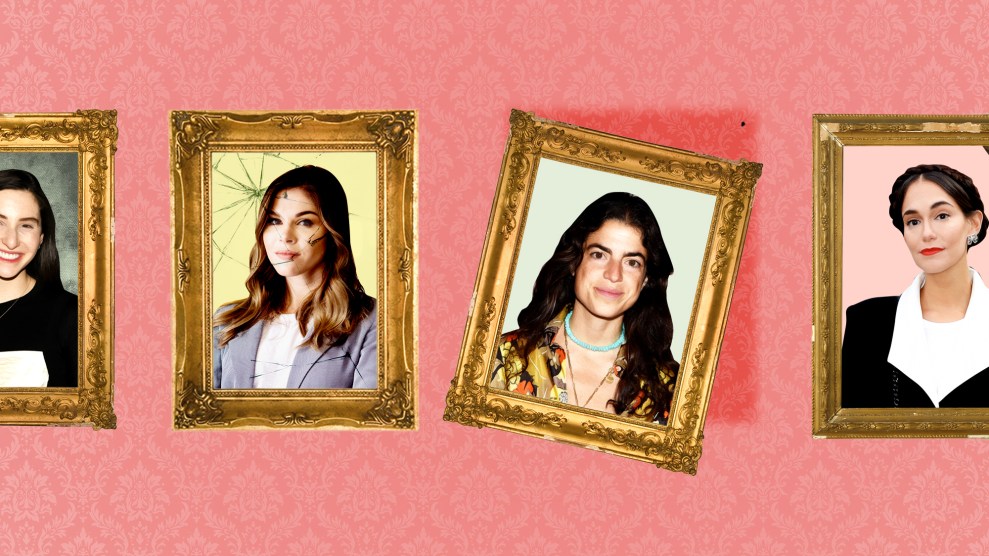 Last month, an in-depth look into the meltdown at Great Jones, the direct-to-consumer cookware startup beloved by the Cooking for Instagram crowd, spilled onto the internet. Anna Silman’s excellent report into the turmoil, published by Business Insider, included all the right ingredients for a wild exposé into the latest set of millennials eager to perform boss: rich friends using even richer friends, stolen roast chicken recipes, shady HR tactics, and eventually, a move by staff members to quit en masse to protest shitty leadership.

Much of the tension centered on former Grubstreet editor Sierra Tishgart. The report chronicled how Tishgart had pushed out co-founder Maddy Moelis, a childhood best friend, for control of the company. That move appeared at least partly animated by an interest to parlay the business into something of a glossy personal brand for Tishgart, one that gelled somewhere between her Vogue wedding and her alleged ambitions to become the next Emily Weiss, the founder of the makeup and skincare brand Glossier. Suddenly, the PR talking point that Tishgart and Moelis had been buds for over 20 years seemed irrelevant.

Meanwhile, Great Jones employees say they suffered, both physically and mentally, as Tishgart and Moelis clashed over their enameled pots and pans business.

The cookware drama is the latest in a flood of similar uproars to dethrone women at the helm of trendy companies following accusations of leadership over a toxic work culture. Over the past year, many of these implosions were themselves a spin-off of an even larger cascade from corporations getting called out for pro forma accountability amid 2020’s demonstrations against police brutality and systemic racism. They included names like Audrey Gelman of The Wing, the once sleek co-working space for women that reportedly treated staff like garbage, who as it happens, was an early investor at Great Jones, and Leandra Medine of the now-defunct fashion blog and media company, Man Repeller.

After spending the past decade celebrating and subsequently dismantling the myth of the #GirlBoss, the question now once again arises: How are female founders still fucking up this badly? The primary villains, invariably white and privileged, are always the same. Her slick businesses are often underpinned by young employees who say they’ve been subjected to various forms of abuse, including racism and wage theft. But the bosses don’t see any of it—and how could they? They’re preoccupied, staring at each other.

That fixed gaze—and failure to learn from the various exposés uncovering exploitation and embarrassingly spoiled behavior—has become a propulsive distraction. That is until accountability, thanks to employees who say enough is enough, comes cracking at that very gaze. After all is said and done, it may turn out to be that the club of the Female Founder was actually just one big circle jerk.

That’s certainly what a recent episode of a podcast featuring Medine ended up exposing. In June 2020, Medine stepped down from Man Repeller, which launched in 2010 as a fashion blog that purported to reject the male gaze before expanding to a full-fledged, 15-person media company, amid accusations of performing solidarity with Black Lives Matter while failing to look at the company’s own shortcomings.

According to designer Recho Omondi, it was around this time that Medine reached out to appear on Omondi’s podcast, The Cutting Room Floor, following an initial 2019 interview in which Omondi says Medine had been “very rude.” But after the murder of George Floyd, Omondi says Medine was suddenly eager to talk again. “Like clockwork, she reaches out to me, randomly” Omondi explained in a podcast that aired last week, “And we record again.” (It’s worth noting that the podcast also included anti-semitic tropes thrown at Medine.)

In the nearly hour and a half conversation that followed, the two women discuss Medine’s decision to fire one of the highest-ranking Black women at the company at the start of the pandemic—a move she defended. Medine also admitted to barely registering the high-profile killings of Black people in the United States, including Michael Brown, Tamir Rice, and Philando Castille, until Floyd’s murder in 2020.

“[They] honestly didn’t land the same way,” is how she put it.

Medine then claimed to have grown up under the belief that her family was always “on the brink of being homeless.” This despite growing up on the Upper East Side, attending a private prep school in Manhattan, and having the unique privilege of vomiting in grandma’s Hermès purse.

“I’m not surprised that people have had bad experiences at Man Repeller,” Medine told Omondi in the episode titled, The Tanning of America. “But I don’t think this is because I’m a racist. I think it’s because I’m an immature asshole. Like I’m an equal opportunity asshole. Like, I sucked as a leader.”

“I never wanted to be a manager or a CEO, ” she later added, blaming “compare culture” for her mounting discontent as the leader of a popular media brand.

“After I started Man Repeller, I was like maybe this is going to help me with my on-camera career. Maybe I’ll get a TV show out of this. How fun would that be?” When asked who she would compare herself to, Medine answered, “My peers. The women around me.”

“The Sophia Amoruso’s,” she said, referring to one of the most notorious girl-bosses of the past decade. “The Emily Weiss’s.”

Here is where the true plot is given away. This is someone, finally, admitting to the circle jerk. Medine’s vision was never about a team or making something special. They didn’t have to treat people like shit for a vision of anything except themselves.

These women—white, moneyed, and unabashedly preoccupied with self-advancement—all appear to be watching one another. Scrolling and fawning over each others’ appearances of success, all under the spell of what Kyle Chayka aptly describes in the New Yorker as the “illusion of the millennial aesthetic.”

It’s hardly a coincidence that the Leandra Medine’s of the world are eyeing the Emily Weiss’s (despite accounts of Weiss leading a company rife with allegations of bad management and racism). The Sierra Tishgart’s want to be Weiss, too. Nor is it a matter of convenient amnesia that Medine still cited Amoruso as a prototype for comparison, five years after the Nasty Gal CEO was revealed to be a pretty terrible boss.

That the Audrey Gelman’s invest in companies like Great Jones isn’t a fluke. And that one of Great Jones founders, according to Insider, spent meetings distracted on Instagram isn’t a minor detail.

The girlboss might be dead. But one big circle jerk crowding over a feed remains.