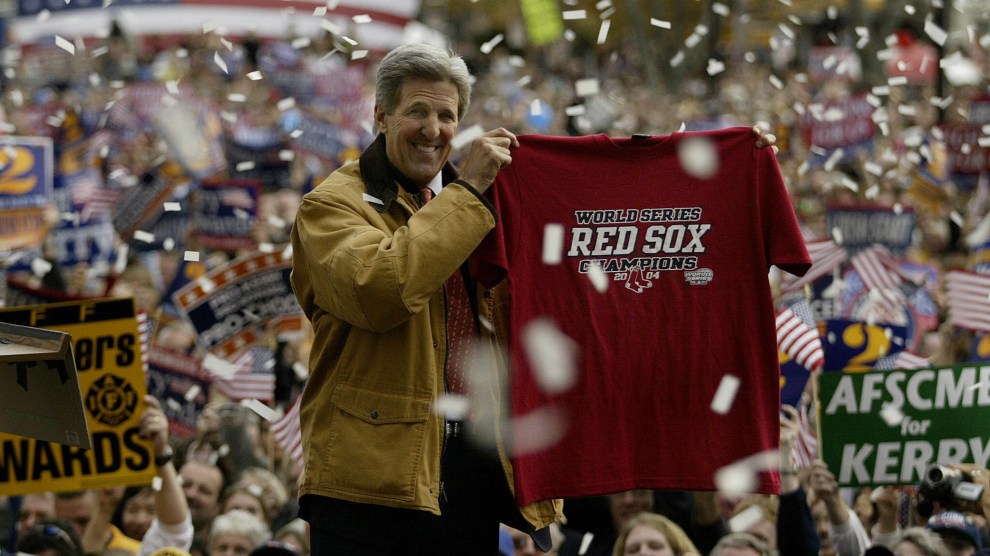 “It’s a big day for Boston every day,” McCarthy said, before launching into a speech tinged with the most charming Dorchester accent I’ve ever heard.

As a Massachusetts native, I have a soft spot for the Bay State, and I find those dropped “r”s and broad “a”s particularly endearing. The Boston accent is a dying art form, after all. Since there’s a dearth of authentic Boston accents out there (John Kerry’s weird Brahmin thing does not count), I decided to compile a list of the politicians most likely to ask where they could find a bubbler in the halls of the Capitol.

Tip O’Neill, a Democrat from Cambridge, was the 47th speaker of the House. And speak he did—exactly the way you’d guess a guy named Tip O’Neill representing Boston would.

Rep. Gerry Connolly (D-Va.) caught me by surprise when, during the House vote on Trump’s second impeachment, he addressed Nancy Pelosi as “Madam Speakah.” What was a congressman from Virginia doing with a Boston accent?

Well, it turns out there’s a strong Boston contingent in Virginia politics, and they all kept their accents. Lo and behold, Connolly was born in Boston, supports the Patriots and the Sox, and vacations on Cape Cod. And, until 2015, he represented Virginia alongside fellow heavily accented Bostonian Democrat Jim Moran. Who knows, maybe “Dirty Water” was really about the Chesapeake Bay.

A good accent does not make someone a good person. John Kelly is many things: Trump’s former chief of staff, Trump’s former Homeland Security secretary, retired Marine Corp general, Bostonian. His accent is subtle, but it’s there. Here he is talking about North Korea just as easily as if he were talking about the North End.

John Kelly doesn’t get enough credit for his phenomenal Boston accent. I could listen to him say Nawhth Korear all day.

Boston’s mayor is required by law to have a wicked good Boston accent, and the successor to the larger-than-life Mayor Menino had big shoes to fill. Luckily, your new Secretary of Labor—and the star of one of last year’s best films, City Hall—can’t even spit out his own name (Mahty) without giving away his place of birth.

Sen. Ed Markey (D-Mass.) famously wove his own Boston accent into a Senate primary campaign video that took down Joe Kennedy III. The ad, featuring Nine Inch Nails’ covers of “Old Town Road” and “All Along the Watchtower,” flipped the famous JFK quote on its head and brought Markey’s Boston accent to new memeable heights. Listen in particular to the way he says, “are,” “organize,” and “arms.” Kennedy, descended from the most famous Boston Brahmin family in history, had nothing on this Malden-raised milkman’s son.

When the government abandons its people, it’s up to us to rise up and make a revolution. We’re fighting for dignity, for justice, and for our future. Join us at https://t.co/NY8pZcBcFE. #GreenNewDealmaker pic.twitter.com/4V558XjrVw