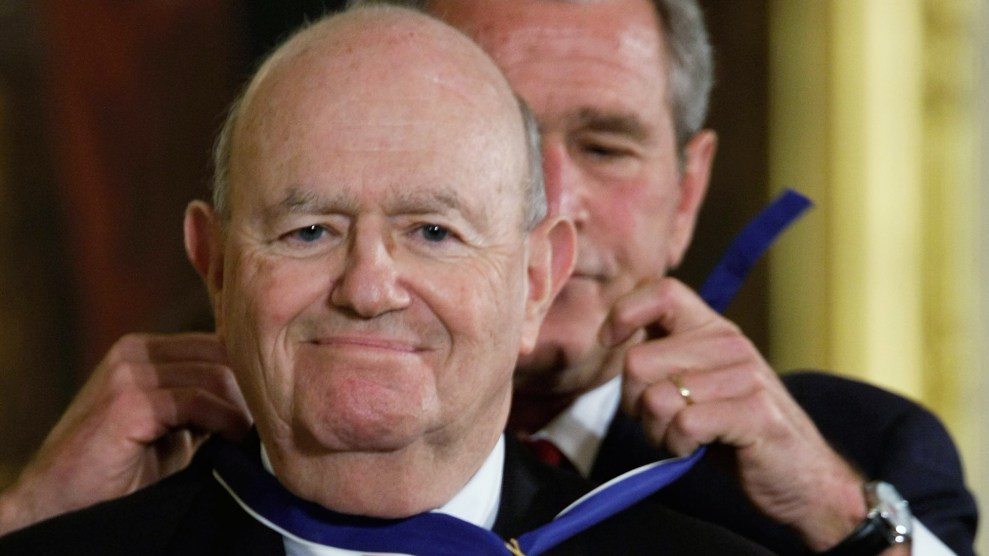 For four years, former President Donald Trump told Americans that the media was the enemy of the people. Millions believed him, and journalists increasingly felt in danger when among his supporters. Last summer, reporters were pepper sprayed and arrested while covering protests against police violence. In shocking disregard for press freedom, one such reporter was actually tried in state court (and thankfully acquitted). But through all this, the judiciary’s firm commitment to the First Amendment and the freedom of the press were supposed to be bulletproof—immune from Trump’s political narrative.

Apparently, that’s not the case. On Friday, Judge Laurence Silberman, a senior judge on the DC Circuit Court of Appeals, attacked the media as a dangerous organ of the Democratic Party that should no longer enjoy legal protections once thought necessary to protect a free press. Silberman urged the Supreme Court to overturn its landmark decision in New York Times v. Sullivan, which protects the press from most defamation suits.

Silberman, a conservative Reagan appointee, used a dissenting opinion in a case unrelated to American politics to announce his feelings about the US media. He called media bias against Republicans a “long-term, secular trend going back at least to the ’70s” that had now taken over nearly every outlet.

“Two of the three most influential papers (at least historically), The New York Times and The Washington Post, are virtually Democratic Party broadsheets,” he wrote. “And the news section of The Wall Street Journal leans in the same direction. The orientation of these three papers is followed by The Associated Press and most large papers across the country (such as the Los Angeles Times, Miami Herald, and Boston Globe). Nearly all television—network and cable—is a Democratic Party trumpet. Even the government-supported National Public Radio follows along.” Only Fox News, the Wall Street Journal editorial page, and the New York Post carried the banner of the right.

“Big tech,” he alleged, was also in the pocket of the Democratic Party because it censored conservative voices—another frequent Trump allegation without basis in reality. Upstart conservative outlets, he claimed, are inhibited by big tech, “either by direct bans or content-based censorship.” (Nevermind that Facebook actually tweaked its algorithms so that users would see more content from right-wing sites like the Daily Wire, while limiting the circulation of content from Mother Jones.)

Silberman asserted that the left’s supposed ideological monopoly over the media benefits Democratic political candidates and endangers the American way of life. “It is fair to conclude, therefore, that one-party control of the press and media is a threat to a viable democracy,” he wrote. “It may even give rise to countervailing extremism. The First Amendment guarantees a free press to foster a vibrant trade in ideas. But a biased press can distort the marketplace. And when the media has proven its willingness—if not eagerness—to so distort, it is a profound mistake to stand by unjustified legal rules that serve only to enhance the press’ power.”

In recent years, Republican politicians like Trump and Devin Nunes have sought to use the legal system to bully the press, filing lawsuits against mainstream media outlets. But what Silberman ignores is that conservative news outlets could find themselves in even greater legal jeopardy if the courts make it easier for plaintiffs to win libel suits. A perfect illustration is the fallout from conspiracy theories falsely positing that electronic voting systems were used to steal the 2020 election from Trump. In December, Fox News, Fox Business, and Newsmax began airing clarifications and corrections after the voting technology company Smartmatic threatened to sue them for airing the baseless election fraud claims. Last month, Smartmatic followed through, suing Fox and other Trump allies for $2.7 billion.

The recent voting machine suits get at a larger truth about the current moment that Silberman misses: Divisions between the right and the left are increasingly less about ideology and more about reality. Who won the 2020 election is a paramount example. If the right continues to insist on alternative facts, then it will certainly seem like bias when reliable news outlets debunk that misinformation. Likewise, as myriad news reports have shown, companies like Facebook end up censoring more conservative content when they try to filter out false or hateful content.

It’s not a loyalty to any party that’s at play, it’s a dedication to reality.