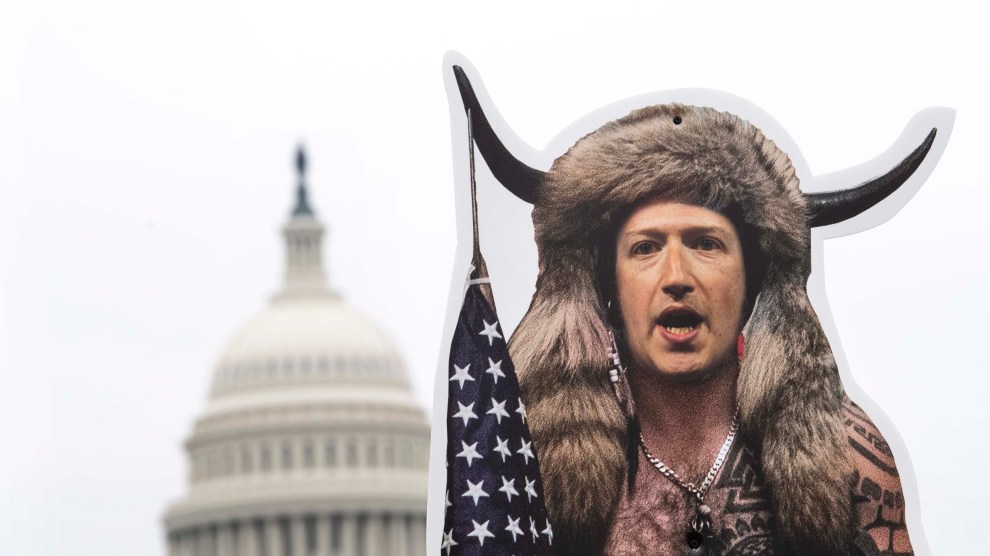 On Thursday afternoon, the House Energy and Commerce Committee sat three executives of the most powerful companies in the world down and scolded them.

For roughly five hours, members of the House told Facebook CEO Mark Zuckerberg, Google CEO Sundar Pichai, and Twitter CEO Jack Dorsey that their companies were up to no good. A few lawmakers got in a sick dunk or two. And then the legislators promised the tech lords would soon face the consequences. Again.

If you pay attention to Congress a bit, you’ll know that these kinds of hearings happen kind of often now. Lawmakers pillory the CEOs in (decreasingly) viral clips in the hearing. They threaten to bring down the hammer. And then no one brings down the hammer.

Today, hearing co-chair Rep. Jan Schakowsky (D-Ill.) promised impending legislation to regulate the companies. Committee chair Frank Pallone (D-N.J.) said that “the time has come to hold online platforms accountable for their part in the rise of disinformation and extremism.” But no bills are expected to pass soon that would do anything like that, really.

This isn’t exactly a big secret. Previous hearings have produced these headlines: “Two words describe the Senate’s latest Big Tech hearing: Worthless and petty,” (CNN); “How Congress missed another chance to hold big tech accountable” (The Verge); and the bluntest, “Why is Congress so dumb?” (a Washington Post opinion piece).

In the beginning, it made sense. For years, tech companies weren’t called before Congress as they became increasingly powerful. In 2018, when Mark Zuckerberg was set to testify on Capitol Hill for the first time concerning Russian interference during the 2016 election, it was a massive deal. At the time, I had a bum foot and I asked my doctor about dates for surgery, with the hope that we could find a day that would still allow me to cover it. As I explained my plan for medical leave following the surgery and covering the hearing, my editor nodded knowingly. “This is the Super Bowl of your beat,” he said. I hobbled on crutches into a packed Senate room to cover it one day before my scheduled surgery. It felt like something big was about to happen and as a tech reporter, I felt like I couldn’t miss it.

It turns out I could have, because, for the next two and a half years, that same hearing happened, with some differences in personnel, with slightly different details, over and over. The formerly primetime event became a recurring daytime soap opera.

Several months go by, something bad happens. Another hearing is announced. Sometimes legislation gets drafted. And it doesn’t go anywhere. Work is done, papers are pushed around, very little is achieved but everyone is very busy. It’s almost as if everyone involved is more interested in creating an illusion of progress more than achieving any actual progress.

What worked in 2018, no longer seems to make any sense. Making tech companies feel pressured to make changes sounds nice, except they aren’t handling the supposedly pressing issues that their lawmaker antagonizers say that they must handle immediately: disinformation that’s damaging to public health, exacerbating violent extremism, and furthering voter suppression.

The hearings, in theory, could be good for holding people to account without legislation. But, as of now, they almost seem like a stand-in for creating legislation, instead of a tool of accountability paired with meaningful bills. They even allow the CEOs to get away with misleading lawmakers if they want to, like when Zuckerberg gave Rep. Alexandria Ocasio-Cortez (D-N.Y.) incorrect information about how Facebook picked the Daily Caller to be one of its fact-checking partners. Or, companies give belated answers to specific questions that executives couldn’t answer off the top of their heads.

The hearings also just give some lawmakers a chance to publicly gripe about anti-conservative bias—an argument that they’re usually forced to give within the confines of the conservative media echo chamber, which is where it belongs until anyone can produce data suggesting that it is true, and not the product of sloppy moderation that also affects the left.

The farce is compounded by the fact that the lawmakers’ staffs will continue to leave for six-figure salary jobs on their government affairs (the dignified rebranded term for “lobbying”) teams, and use the connections they forged on Capitol Hill to help make that the status quo is preserved as much as possible.

It’s possible that with a Democratic majority in both chambers, and President Biden tapping high-profile technology critics, that something finally gives, but if they’re interested in doing something, policymakers and regulators can just go do it. Hold the hearings if you must. But it’s starting to feel like getting in the dunks is the only point unless you actually do something.