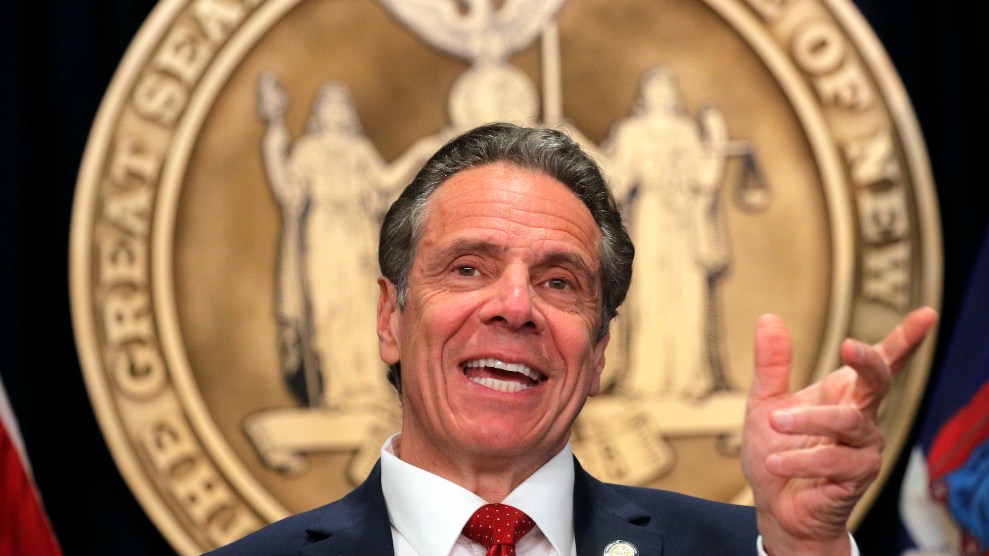 Tucked amid the nauseating revelations contained in New York Attorney General Letitia James’ 165-page report on sexual harassment by Gov. Andrew Cuomo was a particularly striking line. Defending himself against allegations from Charlotte Bennett—a former staffer who had previously disclosed to the governor that she had survived sexual violence—Cuomo argued that because of Bennett’s experience as a survivor, she “processed what she heard through her own filter” and that “it was often not what was said and not what was meant.”

In other words, the governor was claiming that experiencing sexual violence made Bennett oversensitive and out of touch with reality, to the point that she heard things he never said.

The idea that survivors of sexual violence are delusional or ill-equipped to identify boundary violations and abusive behavior—a permutation of the old sexist trope of the “hysterical woman”—crops up pretty regularly. In 2018, the Washington Post banned a national politics reporter, Felicia Sonmez, from reporting on sexual misconduct after she identified herself as a sexual assault survivor. According to a lawsuit Sonmez filed last month against the paper and its top editors, one of the reasons she was given for the ban was that her very decision to identify herself as a survivor made her an advocate, and thus an unreliable journalist, on the topic of sexual violence.

In another recent example, Rep. Alexandria Ocasio-Cortez faced ridicule from the right when she disclosed during a livestream in the wake of 1/6 that she was a survivor of sexual assault. Ocasio-Cortez had been tapping into her past experience to more fully describe her fear while rioters stormed the Capitol complex, and to explain how lawmakers who insisted on moving on after the riot were using “the tactics of abusers.” Yet critics accused her of gratuitously invoking trauma and fabricating parts of her experience with the Capitol riot.

Ocasio-Cortez, in her disclosure, was making an implicit argument: That having experience with abuse makes her more competent at identifying it. In any other context, this is a no-brainer. But it’s an authority our culture denies to survivors of sexual violence.

This inconsistency is not lost on Bennett, who on Tuesday night gave a point-by-point rebuttal of Cuomo’s defenses in an interview with CBS’s Norah O’Donnell.

“The governor admitted that he asked you questions that he doesn’t normally ask people because you told him you were a survivor of sexual assault,” O’Donnell said. “Do you think he’s gaslighting you?”

“Absolutely,” Bennett replied. “He’s trying to justify himself by making me out to be someone who can’t tell the difference between sexual harassment and mentorship.”

Not only is it easy for the governor to justify his behavior to the public by citing generational and cultural differences, Bennett argued, it was also easy for Cuomo to use Bennett’s background as a survivor to claim that she had misinterpreted him.

“I am not confused,” she said. “It is not confusing. I am living in reality.”

That reality has now been meticulously documented by James, whose report relies not only on Bennett’s testimony but on contemporaneous text messages and interviews with other state employees who worked in proximity to the governor. According to James’ findings, Cuomo made numerous “inappropriate comments” to Bennett, including:

(1) telling Ms. Bennett, in talking about potential girlfriends for him, that he would be willing to date someone who was as young as 22 years old (he knew Ms. Bennett was 25 at the time);

(2) asking her whether she had been with older men;

(3) saying to her during the pandemic that he was “lonely” and “wanted to be touched”;

(4) asking whether Ms. Bennett was monogamous;

(5) telling Ms. Bennett, after she told him that she was considering getting a tattoo for her birthday, that if she decided to get a tattoo, she should get it on her butt, where it could not be seen;

(6) asking whether she had any piercings other than her ears; and

(7) saying that he wanted to ride his motorcycle into the mountains with a woman.

Now it’s up to the New York State Assembly, and its speaker, Carl Heastie, to respond to that reality.