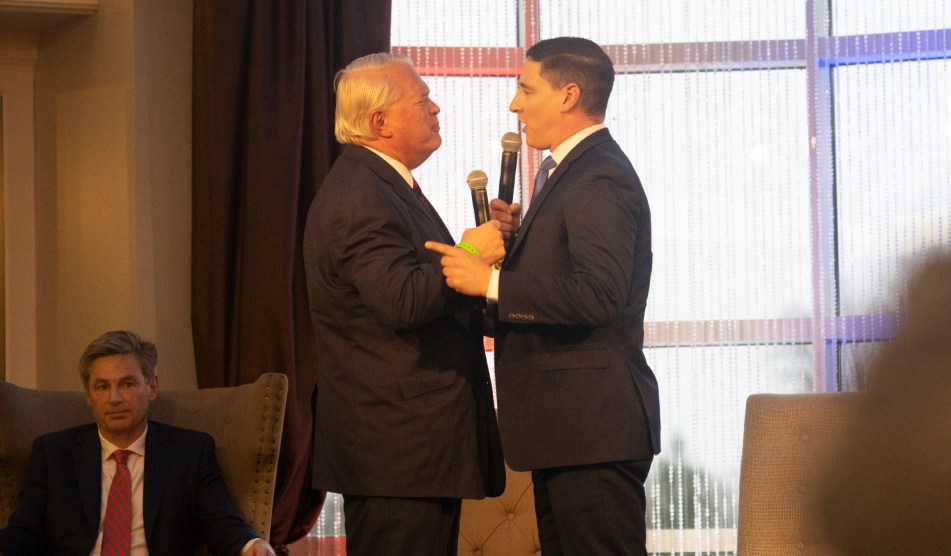 The Republican Party is expected to win the 2022 midterms. Mostly, this has been pegged to discontent with the Democratic Party and the fact that the president’s party typically loses seats in midterm elections. And that has left it unclear what the Republicans’ policy agenda actually constitutes. While House Republicans have said they want to implement a redux of the 1994 “Contract with America” (they’re getting help from original architect, and bad person, Newt Gingrich), it’s unclear if that’s the policy of the party. Mitch McConnell told a reporter that he’d “let [them] know” when he had figured out the Senate Republican agenda. And Florida Sen. Rick Scott’s plan—while ticking traditional Republican boxes of xenophobia and hatred of the poor—has not been accepted by McConnell.

But, last night, we got a step closer to figuring out the core of the Republican message in 2022. Here’s a video that explains the basics of the policies:

Last night’s Ohio GOP Senate debate: “Do you think … for the betterment of the Republican Party it’s time for Donald Trump to stop talking about the 2020 election and move on?”

I found that helpful.

It outlines the fundamentals of the GOP’s platform: Four of five members of the party don’t believe in democracy enough to admit that Donald Trump lost in 2020. The imagery is well placed here. It leaves one Republican waving his hand in a room of people staring ahead, silent. That’s just enough space to pretend the party has good folks there, fighting back. Usually, news highlights the loud, even bombastic, defenses of Trump by budding authoritarians. But this clip is a more solid explainer. It’s the silent complicity of adults trying to stand very still.

It’s particularly interesting because this video is from a GOP Senate debate in Ohio. As happened often in 2020, the race has been haunted by the question: Who will Trump endorse? This groveling has been, it seems, fun for the former president. And, as the Associated Press noted, the race is the most indicative in the country—with all the candidates gleefully sucking up—of how much the GOP has changed.

The current frontrunner is Mike Gibbons, former co-chair of Trump’s campaign in Ohio and a businessman who dabbled in racism against Asians in a podcast in 2013. But he has gotten less attention on the national level than the two can-you-believe-they-went-kind-of-fascist? candidates: J.D. Vance and Josh Mandel.

Vance, backed by the Silicon Valley money of Peter Thiel, had a Washington Post profile wondering how he kind of stopped believing in democracy. (It used his beard to explain it?) And Mandel got the Politico treatment, in which 75 people told the publication he had “been nothing if not an eager reader and rider of political currents.” (I have to mention here that Mandel and Gibbons squared up at another debate in a near fight, by the way.)

In any case, the gist of both Vance and Mandel is that, at the end of the day, people running for the US Senate will do anything to get power. Each right-wing radicalization can come down to the simple fact that a lot of Americans like what they’re doing. Vance and Mandel thought it would help them get elected. So, they went for it. Anti-democracy can be a career move, too, after all.

While both Vance and Mandel trail Gibbons, they are outpolling the one person who raised their hand: Matt Dolan.

To be clear about a small point here, it’s not even that these Republicans are saying it would run contrary to the “betterment” of the country for Trump to drop his continuing coup chatter. It is that they are afraid to even say the party should “move on” from the last election for political gain.

No one asked them to concede Trump lost. No one asked them to say he broke democracy. All they’d have to say is something like: “Real people care about real issues—kitchen table! meat and potatoes! honest folks!—and I want to talk about that to win in 2022.” Even this dirge of candidate-speak is just too much for them though.