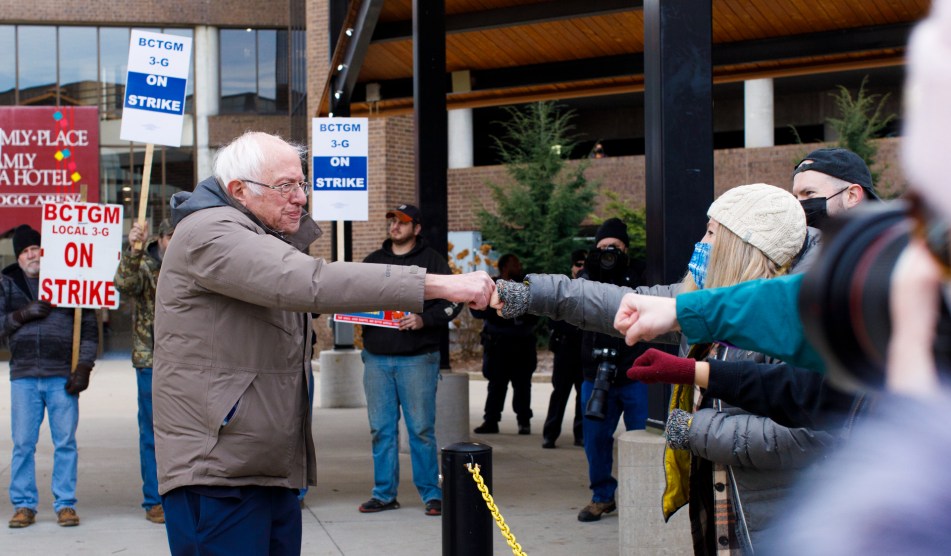 In case you missed it, a memo given to the Washington Post says Sen. Bernie Sanders might run again for president, but only if Joe Biden decides not to himself.

According to the document—written by Faiz Shakir, manager of Bernie’s Sanders 2020 campaign—Sanders “has not ruled out another run for president” if Biden forgoes a reelection bid. Sanders’ spokespeople did not deny the veracity of the document or shoot down the plan (for now). After the election, Sanders had said it was unlikely he’d launch another bid.

Perhaps this is coming out because Biden is not doing so great in the polls. As you might have heard in every national publication, it is expected the Democrats will be drubbed in the 2022 midterm elections. But it’s even worse for Biden, it seems. Currently, only about 41 percent of Americans approve of him, according to an average calculated by FiveThirtyEight. Back in February, just 21 percent of Democrat-leaning voters in one poll said they would choose the incumbent to be the party’s 2024 nominee. (Sanders, in the same survey, was down at 14 percent.)

Sanders in recent months has cheered the historic unionization of a Staten Island Amazon warehouse. He’s proposing a big fat tax on corporate profits to rein in inflation. And, yes, he’s going after the monopolization of baseball!

For some, this all seems ridiculous. Why the affection for Bernie? If that’s you, here’s a great profile from my colleague Tim Murphy titled, simply, “Frontrunner,” from when it looked like Sanders could win the nomination. Here’s Tim in February 2020:

[Sanders has] engendered real loyalty in his supporters that has helped him weather an up-and-down campaign. No one raises more money from more people, and in the first two states, no one has been able to summon more people to do the work on the ground of getting out the vote for him. Their work meant that while Sanders didn’t realize all the gains he’d envisioned, he didn’t fall off either like some of his colleagues [in the primary]

Sanders set out to build and consolidate his coalition by ‘centering,’ as Ocasio-Cortez likes to put it, the kinds of working people who stand to benefit from his economic agenda. In October [2020], I caught Sanders at a youth enrichment center outside Charles City, Iowa, the same weekend he’d led a series of high-profile rallies with Ocasio-Cortez—big flashy events at an arena, a college campus, and a conference center. The man who introduced him, to a crowd of a few dozen people off a two-lane road, wasn’t a nationally prominent politico or a state rep or even a county commissioner. His name was Steven Zimmer, he told the room. And he was a gas station clerk at Hy-Vee.

That’s basically it. The Sanders campaign felt like it lifted people up. Maybe he won’t run in 2024. Perhaps Biden will run again. And overall it’s probably not great that so many old people are still the totems of the party. But we’ll have to see.