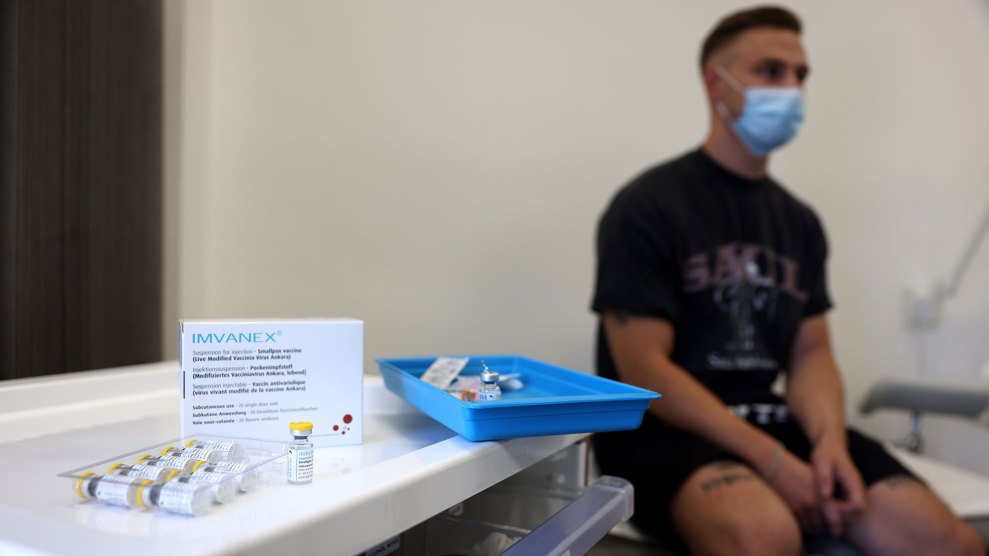 The WHO issued its declaration despite its emergency committee—charged with deciding on the emergency status—failing to reach a consensus.

The monkeypox virus has spread mostly among men who have sex with men. Still, the Centers for Disease Control and Prevention has cautioned that people can contract the virus—which causes symptoms like a pimple-like rash, fever, headache, and chills—if they come in close contact with someone with monkeypox. So far, 2,891 cases have been confirmed in the United States, and more than 16,000 around the world.

In a throwback to the early Covid-19 era, experts have been discouraged by how slow the vaccination and testing processes have gone in the United States. As my colleague Jackie Mogensen wrote earlier this month:

First, there’s the vaccine: As CNN reported on Thursday, there are approximately 1.5 million people who are eligible to receive Jynneos, a vaccine that protects against monkeypox and smallpox. So far, more than 132,000 doses have been distributed, according to data from the US Department of Health and Human Services, but health officials on the ground say it hasn’t been enough. “We got an allotment of 200 vaccines,” Dr. David Holland, the chief clinical officer of the Fulton County, Georgia, Board of Health, told CNN, “and the appointments for that went in about an hour and a half.”

Similarly, New York Mayor Eric Adams has also said the city hasn’t received enough vaccine doses, even as it reportedly makes up about a third of all monkeypox cases nationwide. “While we appreciate the approximately 7,000 vaccine doses that have been sent to New York City thus far, and the approximately 14,500 vaccine doses we expect to receive by the end of the week, we urgently need far more to slow [the] spread and protect at risk populations,” Adams wrote in a letter to President Joe Biden on Monday. “Within less than 10 minutes of releasing new appointments for our vaccine clinics last week, all appointments were taken.”

Obtaining monkeypox treatments and tests has also been a headache for local health officials. On Friday, the Washington Post reported that in order to prescribe the antiviral Tpoxx to patients, doctors say they must fill out dozens of pages of paperwork per patient. “There’s a ton of paperwork, there’s a ton of assessments that are required, there’s a tremendous amount that one has to do to be able to administer this drug to someone,” Roy Gulick, a New York City physician told the Post.

HHS says it now has delivered more than 191,000 vaccine doses to states and city health departments, and that the federal government will have access to 6.9 million doses by the middle of 2023.