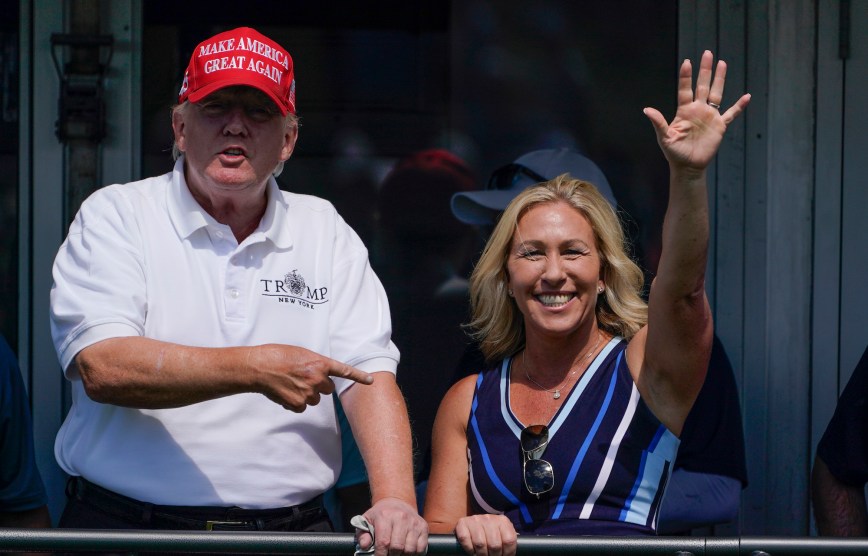 The PGA handed out another year of bans for rebellious professional golfers participating in LIV Golf, the Saudi-Arabian-backed golf tournament on Saturday. It is the latest round in bickering in the usually staid and controversy-averse world of golfing.

On the one side is the longtime professional golfing behemoth, the PGA, which has run (or at least sanctioned) virtually all professional golf tournaments of note for decades. As elitist and lacking in diversity as any professional sporting organization, the PGA has recently found itself largely on the right side of the sporting world’s moral outrage lately with the arrival of LIV Golf, a ‘rebel’ golf organization that has tried poaching big names.

The alleged lure of the LIV is that the fields of golfers are smaller—no need to watch people trying to become elite golfers, you can just watch people who are already winners—and it’s not as stuffy. For example, this weekend LIV announced players can wear shorts while they golf. Wild stuff. And, probably more important for the issue at hand, all of the purse sizes for the tournaments are absurdly large, as much as $20 million, and some players, like Tiger Woods (who turned down the invitation) were offered hundreds of millions of dollars to compete. In other words, if you’re a good golfer, are tired of people telling you what to do and you just want big bucks, the LIV tournament can be super appealing.

The downside is that it’s funded by the Saudi Arabian sovereign wealth fund, which has led to lots of awkward situations. Phil Mickelson, the most prominent of the defectors, was quoted last year acknowledging he knew how unsavory the people he was taking money from were—but that he didn’t care.

“We know they killed [Washington Post journalist Jamal Khashoggi and have a horrible record on human rights. They execute people over there for being gay,” Mickelson told an interviewer. “Knowing all of this, why would I even consider it? Because this is a once-in-a-lifetime opportunity to reshape how the PGA Tour operates.”

There are also Trump ties. The LIV is holding its season finale at former president Donald Trump’s aging Doral golf course which the PGA abandoned for regular use when Trump launched his political campaign. LIV Golf also held a tournament this summer at Trump’s Bedminster golf course, which, after the January 6 insurrection, was dropped by the PGA as host of the PGA Championship.

The fact that Trump agreed to hold a golf tournament sponsored by Saudi government money so close to New York City rankled families and survivors of the 9/11 attacks, who Trump had once professed to support. Despite protests outside the gates of the tournament, Trump took the opportunity to say he no longer was sure who was responsible for the 9/11 attacks, after years of explicitly blaming the Saudis.

To the advances of the LIV, the PGA has responded by pumping up salaries for golfers who stay loyal and taking a strict hardline on any who leave. The latest move extends the ban on LIV golfers who refuse to repent through 2023.